Bleacher Report inches into commerce with a capsule collection 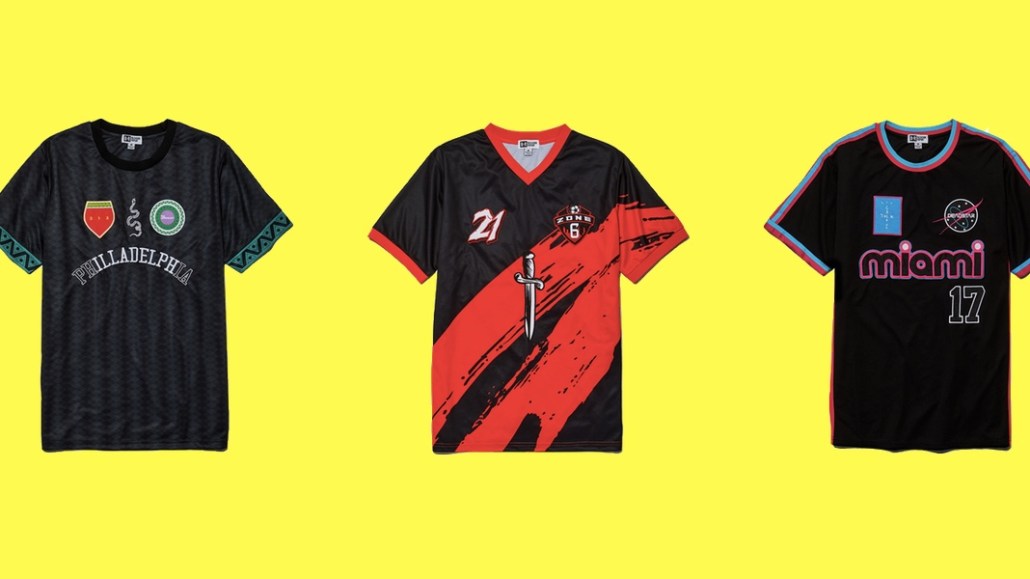 Bleacher Report scored with its latest shot at e-commerce.

The weekend before the 2018 World Cup final, the Turner-owned sports publisher sold a capsule collection of soccer jerseys, Hip Hop x World Cup, with rappers including 21 Savage, Vince Staples, Vic Mensa, Smokepurpp and Black Thought from The Roots. The jerseys, which cost $80 apiece, sold out in just three days; $30 T-shirts remain available for sale on the collection’s website.

The publisher wouldn’t give raw sales figures, saying only that it sold “tens of thousands” of the jerseys and “wildly exceeded” its sales projections.

Bleacher Report said it sees commerce as a key area of focus as it looks for new ways to make money, but is looking at limited-edition collaborations rather than mass-produced wares. It sees the marketing strategy as part branding exercise, part revenue stream.

“Having a Bleacher Report clothing store is not our end goal,” said Ed Romaine, Bleacher Report’s chief brand officer. “We want to create a unique footprint.”

Unlike some publishers, which launch commerce out of their business development groups as a way to spin up incremental revenue, Bleacher Report’s commerce operation sits in marketing, between brand and sales. The commerce team is small now, though the company plans to have between 10 and 12 full-time employees by year’s end. It is hunting for a creative director who will operate independently of Bleacher’s design team, and a customer service executive.

Bleacher Report’s commerce experiments have been deliberately small. Last year, it sold a small number of “Hoodie Melo” hooded sweatshirts, based on a meme that came to life during the NBA off-season, which sold out in a matter of hours. It also sold out a small line of Bleacher Report-branded T-shirts through Lids, a sports cap retailer.

The Hip Hop x World Cup series, while also a limited run, put the brand in front of a much bigger audience. The rappers involved promoted the shirts on social media, where many of them have sizable followings: Smokepurpp has over 2.8 million followers on Instagram, for example.

That exposure helped boost sales and also was part of a plan to establish Bleacher Report as an organization that collaborates with culturally relevant artists, different from a publisher which sells merchandise tied to viral sports moments. “Those businesses play intellectual property whack-a-mole,” Bleacher Report CRO Howard Mittman said earlier this year.

These kinds of collaborations will get more common in years to come, but not every publisher is as well positioned to take advantage, said Brian Quarles, the executive creative director at sports marketing agency rEvolution.

“A bigger, more traditional network like an ESPN or a Fox may not be nimble enough to pull something like this off,” Quarles said. “Or, if they tried to do something similar, they might not have the intimate knowledge and insights at a hyper-local level to curate a group of influencers that would resonate authentically from a culture/sports perspective like Bleacher Report did.”