How Big is Real-Time Bidding Really? 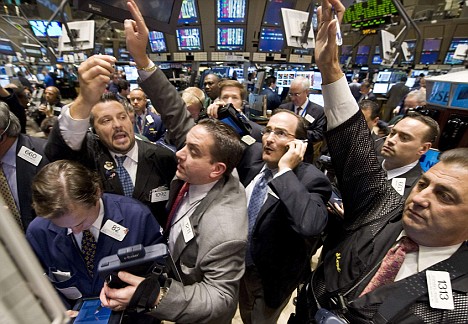 Advertisers are buying more of their display media through real-time auctions than ever before, but exactly how much remains unclear.

Yesterday, eMarketer said $3.37 billion will be spent through RTB channels in the U.S. during 2013 — representing 19 percent of total digital display ad spending. That’s fairly consistent with the $3.1 billion spend estimated by IDC for 2013, but significantly larger than the $2.5 billion J.P. Morgan has predicted, and smaller than the $3.9 billion predicted by Magna Global.

Meanwhile, vendors, unsurprisingly, seem to think those numbers are much higher. The Rubicon Project, for example, reckons an average of 40 percent of online display advertising is now traded through real-time bidding — more than double eMarketer’s predictions. Numbers bandied about at industry conferences range anywhere from 15 percent to 50 percent.

But agency buyers say any estimate north of 20 percent is probably the product of irrational exuberance.

“Twenty-two percent sounds about right for 2014,” said Barry Lowenthal, president of ad buying shop The Media Kitchen, which is also what eMarketer predicts for the coming year. If 50 percent of online ad inventory really is being sold that way, it’s likely being bought by ad networks or middle men, he added, as opposed to agencies directly. His agency doesn’t buy that much of its media that way.

And not everyone is as bullish as Lowenthal. “I’d be surprised if 20 percent of inventory is really bought through RTB this year,” said another ad buyer at a major New York media agency. “I just don’t see it from where I sit.”

But the nature of real-time bidding makes reaching a real consensus difficult to do. Ad vendors might claim that RTB is useful for brand advertising, but to date, it’s been tapped mostly by direct-response marketers looking for cheap impressions, as opposed to those with branding budgets to splash. If that changes, the volume of dollars flowing through RTB might begin to catch up with the number of impressions traded through it.

Whoever’s doing the spending, the fact remains that the industry is unclear exactly how big the market for RTB actually is. For now, the “between 15 and 50 percent” guess might have to do because industry analysts can’t quite agree either.