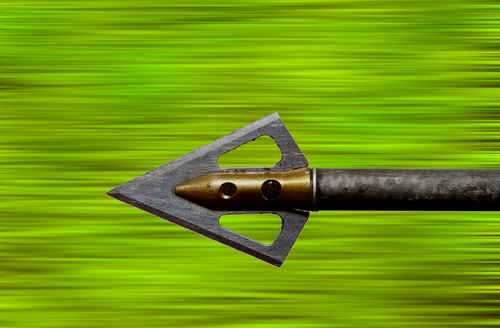 Spending time in a regular American city, like Atlanta, reminds you that places like New York are so detached. Here I always hear talk of apps and monetization at coffee shops. There I hear people talk about energy pipelines and real, tangible business. Today’s interesting links:

It’s hard these days to find defenders of the banner ad. The best most can come up with is that they’re the best we have and the industry knows how to buy and sell them. And of course they’re standardized, targeted and the rest. But people don’t like them. Choire Sicha notes this discontent bubbling up and finds it distinctly immature, often pushed by companies whose funding doesn’t come from advertising but venture capital. (The Awl)

Anil Dash, on the other hand, is a certified revolutionary. He’s sounded the call for the end of the Web page. It’s a construct that’s time has passed, by Dash’s reckoning. His analysis finds that people are spending more time with app environments, counting Facebook as an app, than on old-fashioned sites. The solution: abolish the Web page in favor of feeds. That would mean upending the entire display ad infrastructure it took over a decade and a half to build. And there’s also the matter of the billions spent on the display ad industrial complex. This is still a debate that will continue for a while to come. (Dashes)

Most figured Apple would attempt to upend the TV business. But Apple’s probably too smart for that. Think of how much success Google and Microsoft have had over the years with that approach. Instead, Apple is trying to make friends with TV old guard, cable companies, in the hopes of turning Apple TV into their set-top box. It’s an interesting idea, but it’s also going to lead to a clash of business models. Apple’s shown it prefers near-total control and it also has a penchant for taking a healthy cut off the top. (WSJ)

Ad tech has been hopping the last several years. Venture capitalists have poured money into companies remaking the architecture for buying, selling and targeting display ads. And yet, when it comes down to it, not all that much has changed. Darren Herman of Media Kitchen sees “incrementalism.” But there’s hope in the social sphere, where Herman sees real change bubbling up that will be far more interesting than fine-tuning the delivery and barter of banners. (Darren Herman)

To hear the programmatic buying zealots tell it, the robots will be in charge of most of media pretty soon. The problem is publishers aren’t as keen on this as the tech firms and ad buyers. It’s telling that even a publisher like Demand Media, which is absolutely made for data-focused, hyper-efficient systems, has some qualms. In an interview with Adexchanger, Demand exec Pete Lutrell says real-time bidding is nice but direct relationships with buyers are “still where the value is.” (Adexchanger)