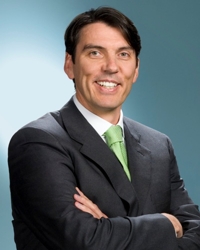 AOL’s decision to pour $160 million into Patch, its network of local news sites, has raised plenty of eyebrows and hackles from the sidelines. But the critics are wrong, according to AOL CEO Tim Armstrong, who sounded anything like a guy who wanted to cut his losses anytime soon.

“Patch is not a pet project. Patch is a business that meets deep consumer need and advertiser needs,” Armstrong told investors on AOL’s fourth-quarter earning call.

The localized publishing platform ended the quarter with about 10 million unique visitors, around 6,500 advertisers and a sales force of 230 people. A telling statistic Armstrong mentioned was how at the end of the first quarter of 2011, there were 33 Patches that had over $2,000 in revenue, compared to the end of the fourth quarter of 2011 that had 401 sites taking in more than $2,000,

It’s easy to scoff at the tiny numbers — this hardly looks like a Google-size business, after all — but AOL appears to see enough positive momentum that it will continue to plow ahead with the project, critics be damned.

“2011 should also be the high-water mark for our Patch investment,” said AOL CEO Tim Armstrong in a call with Wall Street analysts. “I would expect to see meaningful improvements on the economics of Patch during the year.”

Armstrong can count on a bit of breathing room thanks to improved fundamentals in the overall AOL media business. The company said ad revenue was up 10 percent to $363.8 million compared to a year earlier. Even more promising, AOL’s bet on display advertising appears to be paying off, with a 15 percent uptick in global display revenue.  Armstrong cited in particular AOL’s bet on the “Project Devil” large ad units as paying off.