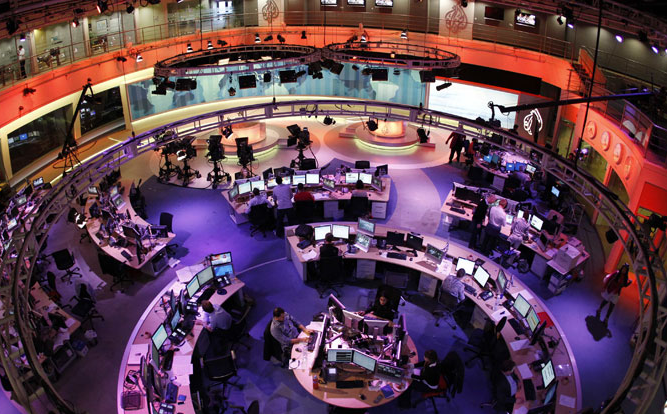 Al Jazeera may be struggling to capture American TV watchers, but it’s still holding out hope that it can get those never-offline millennial eyeballs.

The broadcaster on Monday introduced AJ+, a mobile app built from the ground up to capture younger news consumers. Its content, most of which is video, is both short and shareable, which Al Jazeera hopes will make readers more inclined to both watch and pass it along. The AJ+ app’s polls, quizzes and commenting functionality also add an engagement layer, making it easier for users to talk back.

“There is a segment of young people who don’t have TV that we need to target specifically,” said Al Jazeera Media Network’s strategy and development director Yaser Bishr, summarizing the app’s strategy. “They are first-class citizens. They deserve a channel for themselves.”

Al Jazeera’s presence among millennials is actually already pretty significant: Over 40 percent of the site’s U.S. audience is between 18 and 34, making millennials its most well-represented demographic.

Bishr said that most broadcasters approach digital as an extension of television: Companies like CNN and NBC simply take their existing cable broadcasts, cut them up and repackage them for the Web. Al Jazeeera is taking the opposite strategy by creating content that created exclusively for these new digital-only news consumers. These videos are rarely more than a minute long and feature quick cuts, text overlays and a notable lack of talking heads or voice-overs. (Al Jazeera launched a YouTube channel for its AJ+ videos back in June.)

This sort of video strategy has become increasingly popular. Publishers like Vice, NowThis and BBC are just a handful of publishers experimenting with ways to make news more palatable to an audience that’s both young and increasingly mobile. This, inevitably, means content that’s short, stackable and, above all, likely to be shared.

The launch of AJ+ comes at a rough time for Al Jazeera. For one, its 2013 U.S. expansion, Al Jazeera America, has been an expensive, difficult undertaking: Al Jazeera bought the channel for close to $500 million last January. A year after the channel’s launch, it’s only in roughly 60 percent American homes. This means low ratings. AJAM averages around 17,000 primetime viewers, which is far lower than the 543,000 viewers CNN gets during the same time. (Those numbers, however climbed to 1.4 million during the Gaza conflict in July.)

Al Jazeera’s digital ambitions have been equally fraught. The site gets roughly 7 million unique desktop viewers globally, which is lower than its reach two years ago, according to comScore. Similarly slim is its digital reach in the U.S., where it gets just 2.5 million monthly readers.

This complicates the site’s position with advertisers. “[Al Jazzera] was never a key destination property for us,” said Steve Carbone, managing director at MediaCom.  “It hasn’t found its way onto plans because client KPIs have not aligned with their property and models, overall just not a great fit. In the past, we had far stronger options to reach our audiences across the news category.”

But while Al Jazeera’s presence among Web readers and Americans is sill marginal, Bishr said that won’t compromise its core approach to in-depth, fact-based reporting, which he said has become increasingly rare among major news broadcasters.

“Our approach to doing journalism isn’t going to change. But the audience we’re talking to is different from the TV audience. Our standards are fixed, but the way we present them will have to change,” Bishr said.