Agencies Break the Bank on Cannes 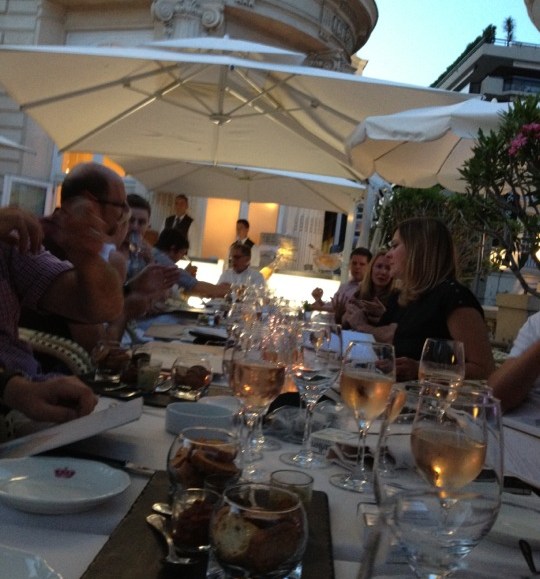 Agency spending at the Cannes Lions festival is, in a word, excessive. In addition to the basic badge, travel, food, and accommodation costs for every delegate agencies send — estimated at close to $10,000 per person by some — many invest in lavish parties, dinners, celebrity appearances, or in erecting their own venues for the week, too.

There’s the Havas Cafe at Le Grand Hotel, and the VivaKi/Leo Burnett garden lounge in the grounds of the Hotel Majestic, for example. mcgarrybowen brought Madmen star John Hamm for a rumored price tag of $100,000, while Brazilian agency network Groupo ABC bought out an entire hotel to house its staff for the week, rebranded it completely as “Hotel ABC”, and hosted multiple parties on its rooftop. Oh, and it also brought Bill Clinton, who typically charges over $200,000 for appearances.

Then there are the awards themselves, of course. Estimates suggest more than $20 million was spent on submissions alone this year, of which there were over 34,000. At least that spend is easier to account for: a Grand Prix or a handful of golds are useful when pitching to prospective clients.

The question is, what exactly do agencies get out of spending all this money? It’s great fun for the staffers that make it out here, of course, but does the business ever see any return on that investment?

Probably not, appears to be the consensus. Even worse for agencies, Cannes is a prime poaching ground. One agency president said an interviewee expressed some guilt since he was in the Riviera on his agency’s dime while entertaining alternative career options. While some agency execs this week have talked about coming to Cannes seeking “inspiration” for themselves and their staff, more have suggested it’s essentially an excuse to party on the company account. The word “boondoggle” has been thrown around a lot — and it’s hard not to see why, considering the non-stop parties and copious amount of rose drunk.

Cannes does have a large amount of clients now, so many agencies spend the week with meetings. Well, the meetings are typically at a killer location, like the Hotel du Cap, and involve lots of great food and, of course, drink.

One agency CEO told me this week that he backed out the numbers, and arrived at the conclusion the company would need to attract $5 million in new business just to break even on the cost of the 50 employees it brought here this week. “I’m not quite sure when that’s going to happen,” he said.

But perhaps that’s not really the point. A common discussion throughout the week has been around agencies’ ability to attract and retain talent, and the fact of the matter is that trips to Cannes certainly help. “It’s a reward,” said Shane Atchison, CEO of WPP’s Possible Worldwide. According to Atchison one of the keys to retaining talent is building a culture and an environment in which people want to work, and spending money on a things like Cannes is a big part of that. It’s difficult to assign a value to that, he suggested. And of course there’s the issue that the talent rewarded often use Cannes to explore moving to another agency. One recruiter said he’s taken to having meetings in obscure locations so as to not expose his targets.

When asked why they come to Cannes, many executives basically shrug and describe it as just part of the routine. “It’s getting to the point where you can’t not come, because will start asking questions about why you’re not here,” said an executive creative director from one New York-based digital shop.

Ultimately, it appears most agencies aren’t making too much of an attempt to account for their spending here anyway. That’s not really the point. It’s about being here to soak up the atmosphere, and to celebrate the industry. And yes, it’s impossible to avoid the fact that there’s an element of boondoggle in there. The steady stream of magnum bottles leaving the bar at the Carlton hotel on any given night, if nothing else, is evidence of that.