Ad Net to Air TV Spot During ‘The Pitch’ 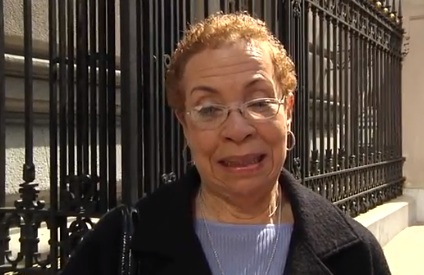 Undertone is taking the plunge into TV with two spots it will air during Sunday’s broadcast of “The Pitch” on AMC. The reality show follows two ad agencies during their efforts to win the Subway account. Undertone has 30-second spots running during the first commercial break and near the end of the half-hour show, according to CEO Michael Cassidy.

“At Undertone, we believe the Web can work harder — and smarter — for brands,” the company says on its Facebook page announcement of the spot.

The spot itself, according to the company, is a testimonial-style ad that features Cassidy and company employees. Undertone is keeping the spot under wraps until it airs, but a company rep said it would point to the problem of banner blindness.

“Our TV spots first bring this challenge to light and then touch on Undertone’s solution to help make the Web work for brands by leveraging immersive display, high impact and video advertising across PCs, smartphones and tablets,” the rep said.

The point the company is trying to make: The Internet’s awash in ads (going on 5 trillion a year, according to ComScore) and most fail to make any impression. It could go farther and point out that over half might not ever be seen, but maybe the viewable impression debate isn’t made for the constraints of a :30. “The Pitch” is also likely to garner an audience that’s heavy on advertising types, at least judging from The New York Times review of the show’s broader appeal.