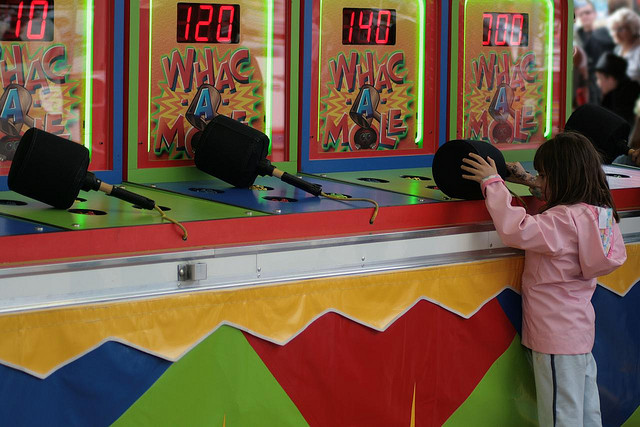 On Monday, the Trustworthy Accountability Group (TAG), a new industry group dedicated to rooting out ad fraud across the online advertising supply chain, said that it appointed former Direct Marketing Association CEO Linda Woolley to be its president and CEO.

Both TAG’s creation and Woolley’s appointment were encouraging signs for the industry, which has alternated between ignoring and dismissing the severity of the ad fraud problem for the past few years. As much as a third of Web traffic is from bots, according to the most oft-cited number. That amounts for $6 billion snatched from brands, says ad detection company White Ops.

But Woolley’s goal isn’t to make the industry better at using tech to identify out fraud. She also wants to push the industry to adopt systematic changes that make it harder for fraudsters to hide — and easier for honest publishers to stand out.

“If you just use the tech approach, you’re going to spend your whole time playing whack-a-mole,” Woolley told Digiday. “In this area or any other criminal area, there are always going to be bad guys trying to stay one step ahead of the sheriff.”

Woolley said that one component of TAG’s solution to the fraud problem is the creation of an accreditation system, which qualified sellers can use to assure buyers that their inventory meets certain standards. The hope,Woolley said, is that getting a TAG certification would end up being a competitive advantage for the sellers that have it, and a disadvantage for those that don’t.

“Our mission is to make non-accredited companies feel like they’re doing something wrong” Woolley said.

That thinking is a significant evolution from the reactionary way the industry has approached the fraud problem. Fraud detection companies like White Ops and Telemetry, which have a stake in overstating the ad fraud problem, have successfully pitched their services to both industry groups and ad companies worried about the quality of their inventory. In July for example, the Association of National Advertisers inked a deal with White Ops to figure out just how big the online ad fraud problem is.

More recently, Rocket Fuel, which has been in the hot seat over fraud concerns, hired Forensiq to look into the quality of its impressions. Rocket Fuel also said that it would offer an fraud-detection tool, dubbed “Traffic Scanner” to marketers, who can use the tool to determine which vendors are plagued by risky traffic.

But even those fraud detection companies admit that detecting bad impressions isn’t enough; the industry has to actively address the underlying issues that give birth to them as well.

“While tech is involved, I don’t think it’s a technical problem,” said Forensiq CEO David Sendroff. “It’s an organizational problem that at the end of the day is really about accountability.”

In other words, Sendroff, said the industry needs to think less about domain white lists, which can be easily spoofed, and more towards more transparent pre-bid systems that let buyers see who they’re working with before they giving their money to.

Andrew Casale, vp, strategy at Casale Media, said that fixing the fraud problem means rethinking the entire supply chain between buyers and sellers, which need to work together if they want to change the system.

“Years into this arms race, no one’s confident that if we put another year into fixing fraud tech, we’re going to be closer to cleaning up the supply chain,” Casale said. “The solution is not going to follow the path we’ve been on.”