The mobile Web is exploding, on average growing twice as fast as traffic to apps, according to comScore’s latest mobile report. Monthly visitors to the top 1,000 mobile Web properties rose to 9 million people on average, from fewer than 6 million a year ago, the report shows.

“Total digital audiences have grown 22 percent year-over-year, which is crazy if you think about it, because desktop has flattened out and it’s driven all by mobile,” said Andrew Lipsman, comScore’s head of marketing and insights. “And really, it’s more about the mobile Web than apps.”

The rise in mobile traffic on smartphones is viewed as a recruiting path for digital publishers to turn visitors into more engaged app users, who are even more loyal readers, more like the people who frequent the most powerful social and entertainment apps.

“It’s all about the power of habit,” Lipsman said.

The mobile report looked at things like how often people clicked on their favorite apps and how many apps they put on their homescreens, just a quick click away.

Here is a look at what else the annual U.S. mobile app report revealed: 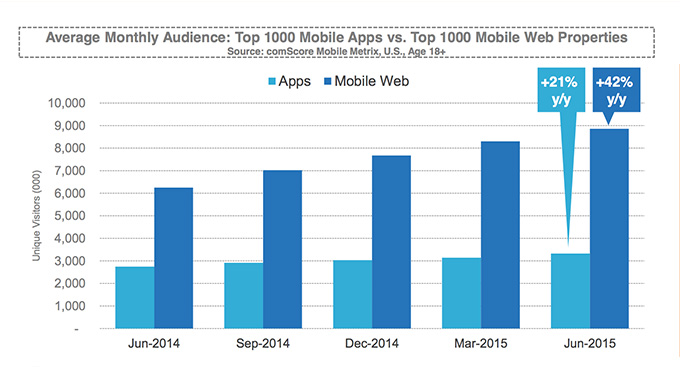 App breakdown
Eight of the top 10 apps are owned by either Facebook or Google. Also, Pinterest’s monthly traffic rose 66 percent and Snapchat’s by 29 percent. 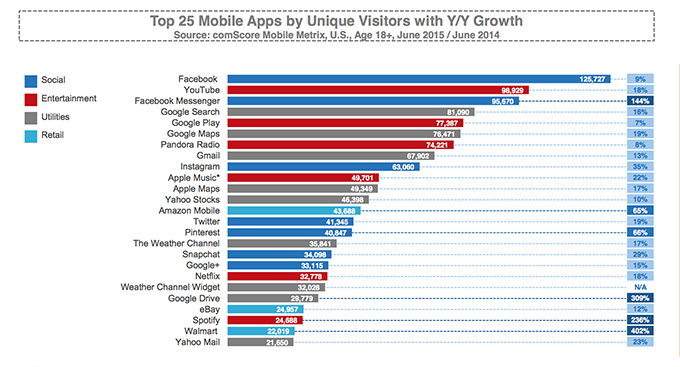 Good service
Brand apps can draw a big audience if they provide some habit-forming utility. In the past two years, Starbucks doubled its app audience to about 15 million people. Dunkin’ Donuts’ users rose 453 percent over that time to almost 6 million visitors a month. 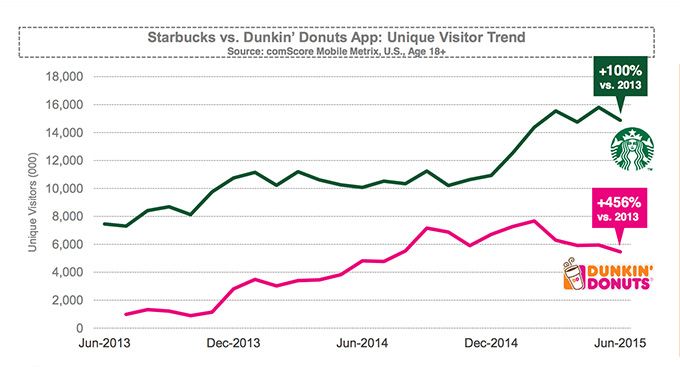 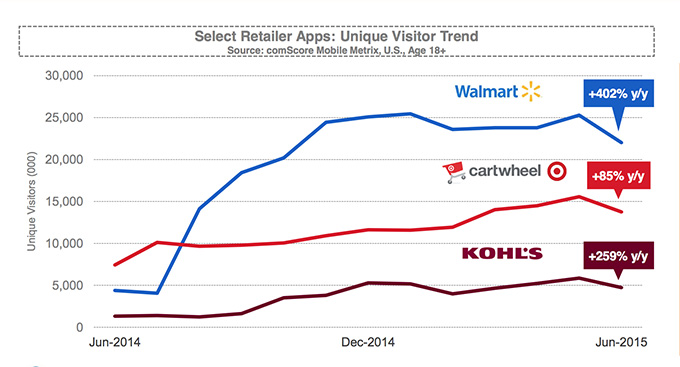 Tinder attraction
As for Tinder, unique visitors doubled year-over-year to about 2 million a day, and four out of five Tinder visitors are younger than 35. 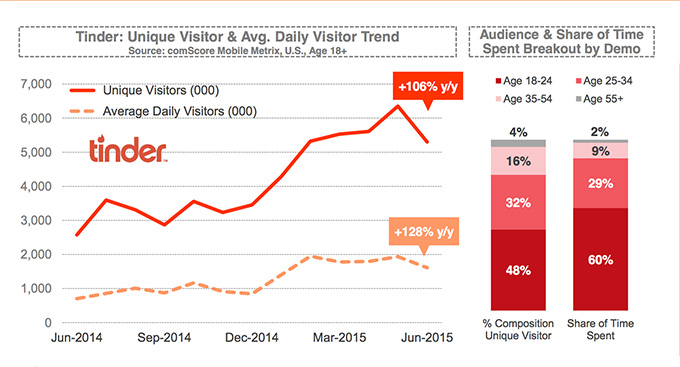 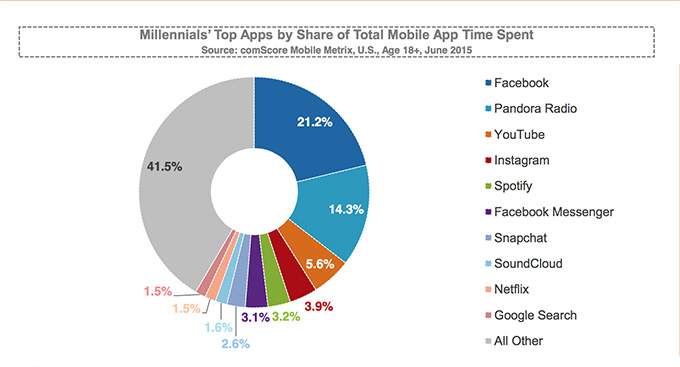 Mostly kids
Here are a bunch of apps that are mostly made of millennials — apps like Yik Yak, Venmo and Instasize with almost all their users in the U.S. between 18 and 34 years old. 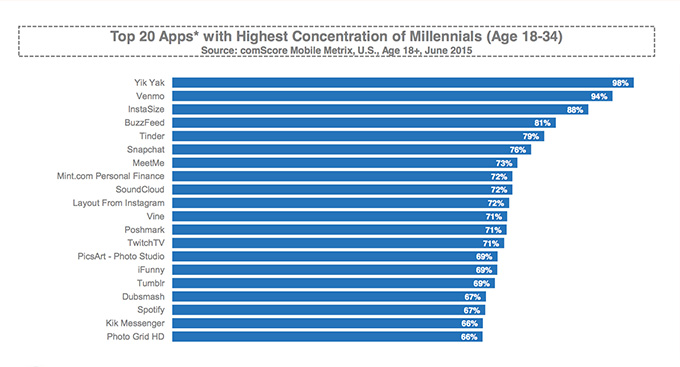