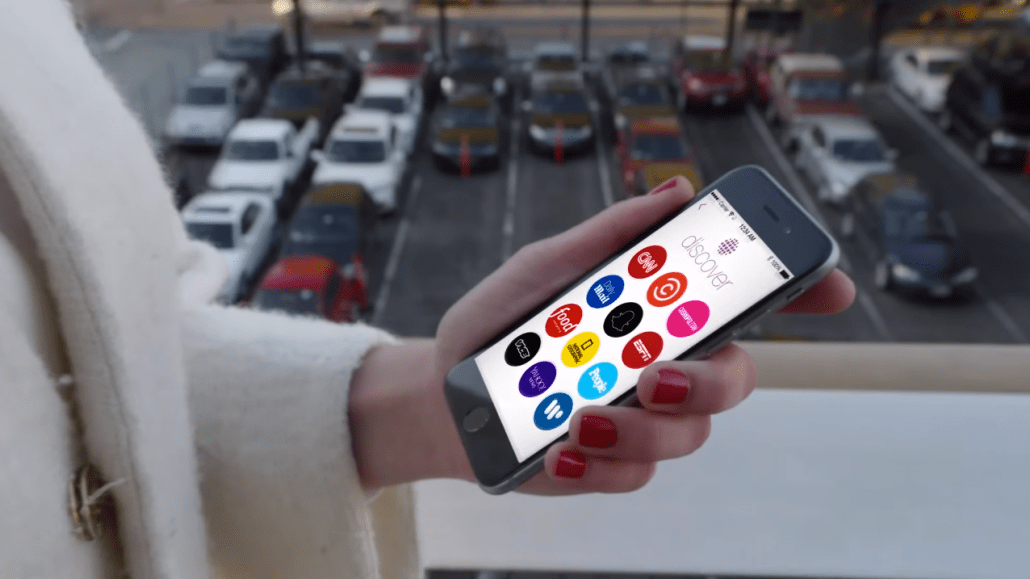 Snapchat unveiled its long-awaited, once-delayed, original media feature, Discover, Tuesday, and while the feature was largely in line with what Digiday had previously reported, the official release delivered some intriguing insights about Snapchat, the publishers it partnered with for the launch and its burgeoning ads business.

Here are five things we learned about Snapchat and its media ambitions.

Discover ads are cheaper
Any brands that have balked at Snapchat’s price tag — $750,000 for a day’s worth of advertising, according to AdWeek — should ring Jon Steinberg, North American CEO for The Daily Mail, one of the 11 media companies on Discover at launch.

Snapchat has agreed to let the publishers featured in Discover strike their own advertising deals with brands, Steinberg said. That means, they can sell ad space on Snapchat for a fraction of what Snapchat is itself charging.

“I’m comfortable talking to a client that wants to spend $50,000 advertising on Snapchat,” Steinberg told Digiday.

Discover ads cost approximately $0.15 per view. Another publishing executive briefed on Discover said the media companies involved will retain 70 percent of ad revenue for deals they forge themselves, and half when Snapchat closes the deal.

Editorial, not algorithms
Snapchat founder and CEO Evan Spiegel famously turned down a multibillion-dollar acquisition offer from Facebook CEO Mark Zuckerberg. It’s just one of the many reasons Spiegel is widely regarded as an audacious startup CEO.

And he used Tuesday’s announcement to take a swipe at Facebook and the way its news feed algorithm determines what people see.

Social media companies tell us what to read based on what’s most recent or most popular. We see it differently. We count on editors and artists, not clicks and shares, to determine what’s important.

Discover is different because it has been built for creatives. All too often, artists are forced to accommodate new technologies in order to distribute their work. This time we built the technology to serve the art: each edition includes full screen photos and videos, awesome long form layouts, and gorgeous advertising.

The comment underscores serious issues regarding the ambiguity around how algorithm-based platforms like Facebook determine what its users see in their feeds. Facebook’s news feed has been criticized for suppressing important news stories such as the social unrest in Ferguson, Missouri, this past summer, for instance. Editors may not be perfect, but Snapchat has made it clear that humans will decide what’s served in Discover.

No BuzzFeed, no Times
BuzzFeed was glaringly absent from the Discover launch despite specializing in social media distribution — and despite having previously been in talks with Snapchat about the feature.

BuzzFeed declined a request to comment. A generous explanation would be that the two companies were unable to reach an ad share agreement. And yet now that Snapchat is building its own original media division — media that will look awfully similar to the kinds of videos one might find on BuzzFeed, based upon the teaser Snapchat released today — Snapchat is beginning to look like a BuzzFeed competitor.

The New York Times, reportedly, had also been interested in being part of Discover but was also absent from its launch. The Times did not return a request for comment.

Spiegel is not a music mogul, yet
Spiegel — who wants to be a music mogul — was also unable to land music-streaming service Spotify and music-video platform Vevo, the latter due to the two parties being unable to reach an agreement on a proper split of ad revenue. Snapchat was able to sign a deal directly with Warner Music Group, which is streaming its artists’ music videos through the app.

A win for media companies
With Discover, Snapchat was able to succeed in one area Facebook has yet to: Convincing publishers to host stories directly on its app in exchange for a cut of hard-to-come-by mobile ad revenue.

That both of the platforms are vying for publishers’ attention proves that the future is bright for media companies, according to Steinberg.

“Once these platforms are out there, you can only interact with your friends so much. You have to have something on them,” he said. “Content is back in a position of power because it’s become pretty boring looking at baby pictures.”