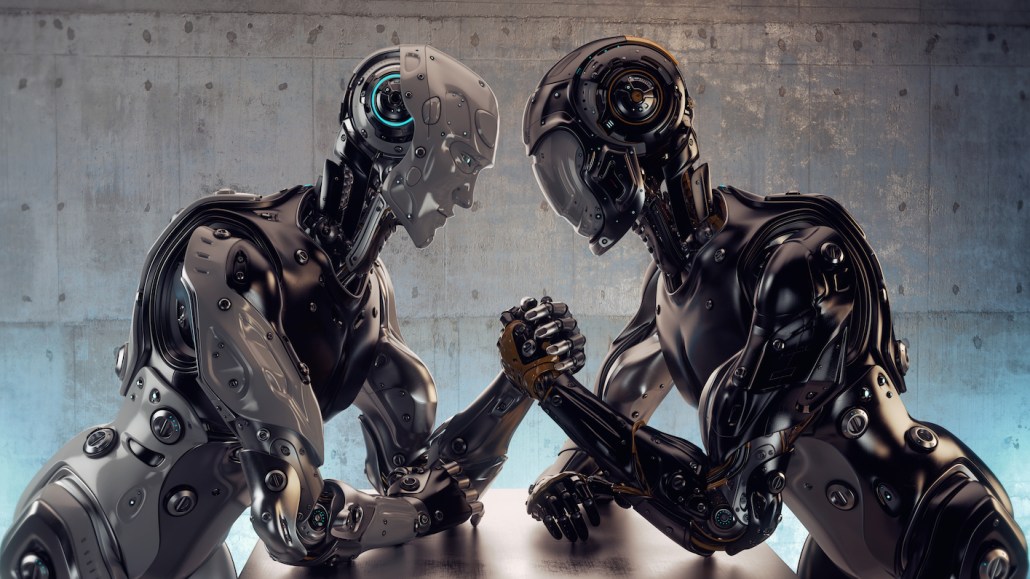 Programmatic video, the automated buying and selling of digital video ads, faces issues ranging from rampant fraud and low viewability to lack of agreeable standards and measurement. But despite those challenges, the market sector is witnessing exponential growth. An October 2014 report from research firm eMarketer pegged the U.S. programmatic digital video ad spend at $710 million last year, with the expectation that the total will grow to nearly $2.2 billion in 2015 (28 percent of the entire digital video ad spend).

That influx of money that has attracted a ton of nefarious actors, who send bot traffic to video ads or misrepresent their available inventory to siphon money from ignorant advertisers. But the ad industry isn’t sitting on the sidelines, letting these issues sabotage confidence in the industry unchallenged. It’s fighting back. Here’s how:

“Video actually lends itself to being more solvable than display,” he said. “In video, there’s a small margin between when the auction is run and when the ad is displayed where you can make a lot of decisions very quickly.”

This post-programmatic (also called post-bid) tech is a hot topic right now everywhere from trading desks to large suppliers such as Yahoo, according to Mandelbaum. But there’s no silver bullet to completely prevent fraud, low viewability and brand-safety issues, stressed several experts.

Stricter viewability standards
The Media Ratings Council standard for viewable video ads — at least 50 percent visible on a user’s screen for more than two seconds — is woefully inadequate for most advertisers. So agencies are leading the charge on behalf of their brand marketers to arrive at better viewability rates.

“We don’t necessarily need industry-wide standards in order to move us into getting the viewable ads for our clients,” said Jonathan Anselmo, managing director of digital innovation at MediaVest. “While the standards might establish a baseline, at the same time there is a competition for who is delivering the most viewability, the highest views, and the ad dollars can oftentimes speak a lot more than any industry-wide standard.”

But media agency network GroupM did, in fact, formalize new standards of its own. In late October, it arrived at four rules for its revised definition of video viewability: The player must be entirely visible, the ad must play at least halfway through while in view, the audio must be on, and the viewer must actively initiative the video — no autoplay allowed. GroupM has employed three independent tracking firms to ensure its standards are met.

Moat, Integral Ad Science and (to a lesser extent) DoubleVerify are leading the way in tracking viewability for marketers, said Bill Wise, CEO of Mediaocean, which integrates various parts of the ad-tech stack for its clients. White Ops is leading in detecting fraud, he added.

Walled gardens
Agencies and brands that want to avoid most fraud and viewability issues can stick to private exchanges or other reputable platforms. YouTube, for example, which controls a fifth of the digital video ad market, sells most of its inventory through auctions, not direct buys. YouTube is a relatively known quantity compared to the rest of the Web: Users have to initiate the video, the page template is always the same, videos are always above the fold, and Google works hard to shut down fraudulent traffic.

“One of the best selling points that Google has for YouTube is that fraud and viewability are such huge issues outside of YouTube,” said Mike Henry, CEO of Outrigger Media, which makes a YouTube media-planning tool for brand advertisers. “Inside of YouTube, there’s almost no chance that’s going to happen.”

Some criticize the quality of YouTube’s available inventory, but YouTube quieted many of those critics with the 2014 launch of Google Preferred, which enables advertisers to buy only the top 5 percent of inventory across popular content areas such as food, sports and music.

Education
A major component of lowering instances of fraud and poor viewability is teaching people about those problems. And the broader industry is far more aware of those issues than it was even six months ago, said MediaVest’s Anselmo.

“If something looks too good to be true, it probably is, and we should look at it,” he said. “The idea of fraud as limited to an ad operations team is a big miss. It’s something that everyone needs to be aware about, because it requires more than putting a technology solution in place.”

People also play an integral role at BrightRoll, the programmatic video advertising platform Yahoo scooped up for $640 million in November. The company has a vetting process in place before publishers are allowed to sell inventory on its marketplace, in which tech and humans investigate the quality of the inventory then periodically review it.

“Like anything else, it’s an arms race,” said Tim Avila, BrightRoll’s svp of marketing operations. “We need to root out the people who are doing these bad things in our supply chain, but they’re going to try to work around any countermeasure we put in place. Tech is incredibly important, but so is human intuition.”