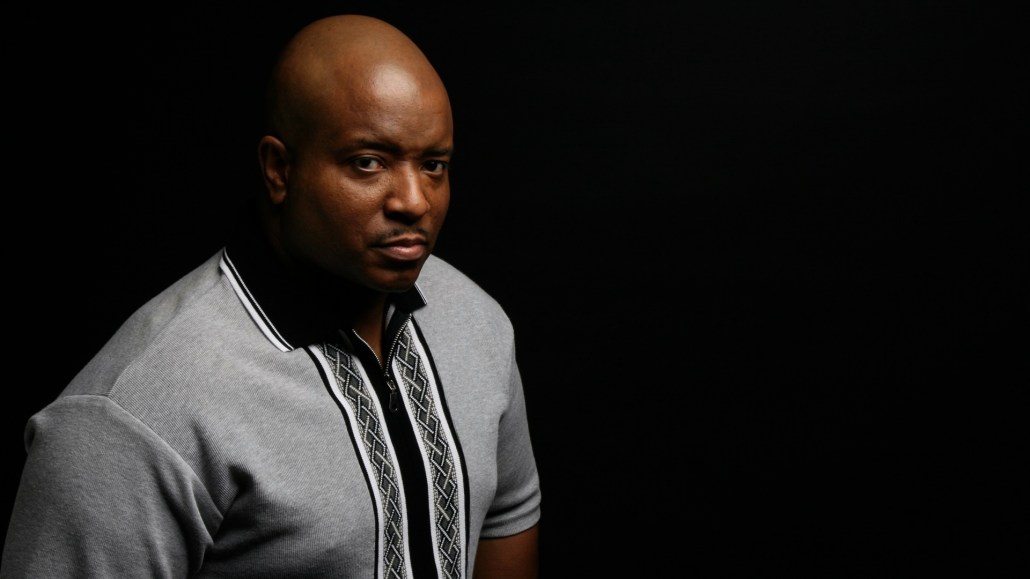 Marvin Young, better known as Young MC, may be the quintessential one hit wonder. But the man behind “Bust A Move” couldn’t be prouder to wear the title. Digiday caught up with him this week just before he hit the stage at the 212 Beach Party, the digital advertising association’s big summer shindig. Young discussed his signature hit, licensing, and his love for a certain BlackBerry app. Excerpts:

What are you up to these days?
I’m doing a lot of shows on the music side. Other than that I’ve written a bunch of screenplays and I finally have traction on one. It’s taken a long time, but I have a studio interested.

I was always partial to “Principal’s Office.”
I was too old to do that record when I made that record! Whatever artistic integrity I had would be strained, probably choked, if I performed that today. I’m 46, dude. I mean, please.

You mentioned licensing, which has gotten incredibly thorny in recent years –
Without a legacy hit like “Bust A Move,” I’d have to get a job. The shows wouldn’t be enough. My ASCAP is good because we’ve had a lot of good licenses. And the lucky thing is that it was pre-SoundScan. So we got MTV video play first, then we got record sales, then we got radio play. Never got all three together. Then it tops out at Number 7 on charts. I could name you a hundred Number 1 records that aren’t as big as my Number 7.

And yet Belinda Carlisle recently complained that her song “Heaven Is A Place On Earth” was played more than 3 million times on Pandora, for which she was paid less than $40.
Steven Tyler said his catalog went from 12 million to 12 cents. There’s something to be said for that, but all it is is that you’re not getting it from physical sales. I never thought I’d be able to do shows 25 years out. She’s 30 years out and I know they’re still touring, so you gotta weigh it.

Have you ever been approached to shill for a product that you refused to do or were uncomfortable with?
Not really. People know my reputation and I’ve never been in a desperate situation. You see some of the Super Bowl commercials and you kinda cringe when they bring people back. I built up a good enough reputation where people don’t mess with me with stuff like that.

Do you have a favorite app?
The BlackBerry travel app is amazing. For me, people will make fun on BlackBerry, but that thing is so good. [Pulls out his phone] I’m hoping this joint holds up for another month so I can get the Q10. That right there, the travel app? Man, it’ll tell me the flights I took, the flights I have to take, the gates. I love this damn thing.

No iPhone envy?
None.

The camera on that thing is horrible.
That’s why you buy a fucking camera! By the way, the Samsung has a better camera than any of ’em.

Are you listening to anyone right now?
I listen to what Kanye and Jay-Z do. I love Skrillex, that whole sound. I listen to stuff that I like. But it’s not like I monitor it.

Do you have a favorite ad?
The first Free Credit Report Dot Com commercials with the band? That was some of the best songwriting I’ve seen. The songs were really catchy and memorable. The Geico stuff is cool. I wouldn’t even touch their products because I love my State Farm. But you remember it.

Favorite use of “Bust A Move” in a commercial?
William Shatner reading spoken world, Ben Folds, Lisa Loeb. That was at the best use by far.