WTF is ‘Alex from Target’? 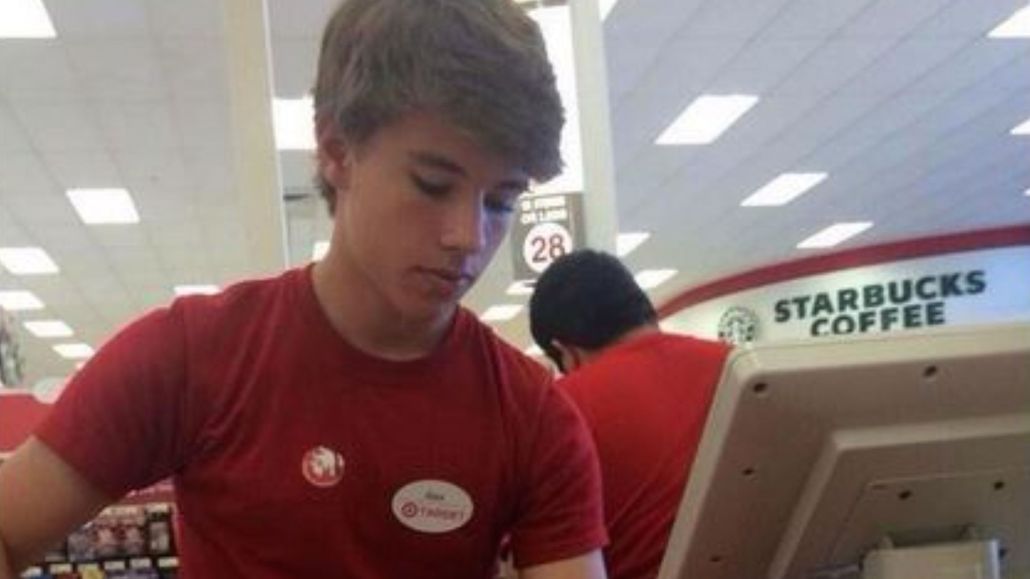 For proof that teenage girls run the Internet, look no further than “Alex from Target.”

An Internet meme of a young Target employee bagging items has, inexplicably, taken the Web by storm. A photo of the handsome young man, which appears to have been taken without his consent, exploded on Twitter this week, prompting media outlets from BuzzFeed to the Washington Post to cover the Internet’s latest obsession.

Then Breakr, a nascent marketing startup, boldly proclaimed on LinkedIn that it had organized the “social media experiment,” fueling the social flames with the #AlexFromTarget hashtag and a parody video. Publishers quickly echoed those claims, calling the Alex from Target meme “a stunt,” one potentially facilitated by Target itself. Now there’s a single question on everyone’s mind:

WTF is Alex from Target, anyway?
Here’s what we know for sure: Alex from Target is a 16-year-old male human from Dallas, Texas, less commonly known as Alex Christopher LaBeouf. He’s also a walking, talking native ad for Target, a fact that seems to genuinely surprise the Texan teen after his 3-month tenure at the retail chain. His skills include bagging groceries and sporting a toothy grin on “The Ellen DeGeneres Show.”

How well known is Alex?
As a handsome, hard-working cashier, Alex is suddenly very popular. But as a person with hopes and ambitions that stem beyond the fluorescent glow of American commerce, Alex remains a mystery.

Guys, I am on two lists and now #alexfromtarget follows me. @acl163 call me, follow me, *Overly Attached Girlfriend voice* have my babies

Where did the original photo come from?
BuzzFeed asserts that Twitter user @brooklynjreiff was the first to post the photo on Oct. 26. From there, it apparently migrated to Tumblr, where U.K. tweeter @auscalum found it and reposted it on Twitter with the enlightening caption “YOOOOOOOOOO.” That tweet, which subsequently went viral, has been commonly and incorrectly referenced as the original source of the image.

Is @auscalum in cahoots with that marketing startup Breakr?
Breakr originally called @auscalum “one of [its] fangirls,” implying she was working with the startup, but that claim seems specious. Both @auscalum and Alex himself denied having anything to do with Breakr, after which Breakr backtracked on some its assertions, clarifying in an update to its LinkedIn post that “Abbie (@auscalum) and Alex Lee (@acl163) were never employed by Breakr.”

So Breakr exaggerated its involvement by pretending to organize the “campaign” to get its name out there?
That’s the general consensus. “If they really had anything to do with it, it’s the worst job taking credit for it I’ve ever seen, because there’s no background or screengrabs of the dashboard they set up,” Social Fresh CEO Jason Keath told Digiday. If Breakr had actually organized the whole thing, “they would have been more prepared and had a more polished story to tell.”

Assuming Breakr is full of it, was inserting itself into the story brilliant or idiotic?
Breakr has seen its name in almost every major media outlet, domestic and international, over the past few days. But that’s unlikely to translate into a long-term gain for the marketing startup, purported Keath. “I would never advise anyone to do that,” he said. “They’re never going to be able to point back to it and say, hey, look what we did here, and at worst, there’s going to be a lot of people who won’t work with them because of it.”

So this meme emerged organically, then?
Potentially, but some folks in press and social media circles remain skeptical. “It does have the whiff of something that was orchestrated,” said Jim Anderson, CEO of SocialFlow. “I’m hardly the right person to ask about whether the picture is truly swoon-worthy, but it seems unlikely that the photo alone would just take off on its own, absent a good solid push from somewhere.”

Maybe Target itself had something to do with Alex from Target?
Target has publicly positioned itself as an observer of this process. “Let us be completely clear, we had absolutely nothing to do with the creation, listing or distribution of the photo. And we have no affiliation whatsoever with the company that is taking credit for its results,” the company proclaimed in a recent media statement. Yet it hasn’t stayed completely on the sidelines, tweeting out an image in a show of support for its Texan employee.

Was Alex from Target a boon for Target’s marketing department?
Absolutely. Amobee Brand Intelligence measured a 274 percent boost in consumption of Target-related content across the Web from Saturday (before the meme took off) to Wednesday afternoon. Additionally, from Sunday to Wednesday afternoon, Amobee saw 2.9 million tweets referencing “Target,” compared to 2.2 million referencing the hashtag #AlexFromTarget.

Where does this leave Alex?
He could ride the wave, monetizing his newfound Internet celebrity with or without Target’s help. Or he could stay silent and quickly fade into Internet obscurity, joining “Doge” and “Dads At One Direction Concerts” in the Internet meme graveyard. The choice is his — but we think we know which way he’s leaning.

Am i famous now?