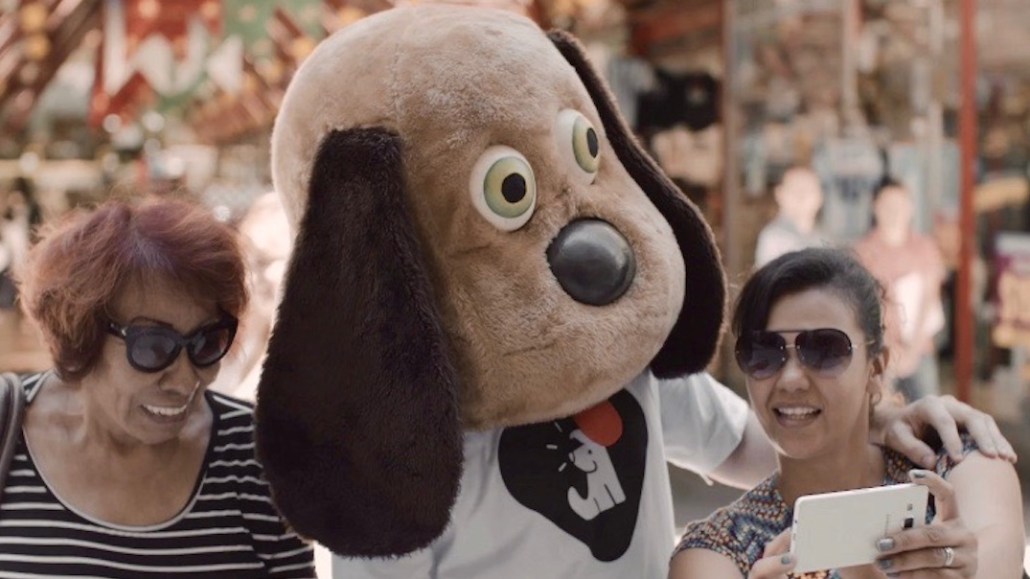 This wasn’t easy. There have been so, so, so … so many, not just bad ads, but insultingly horrible ads. I went through about 100 bookmarks in the “2017 bad” folder to “curate” these gems. This post could’ve been 10,000 words, easy. Anyway, here are the bottom eight.

Ah, look at the cute dog’s head. “May I put it on you?” the stranger asks. “Sure,” you say. Then, fireworks start exploding via speakers inside the dog head — but at seven times the volume, mimicking how bad it is for dogs. Humans “couldn’t stand it for even five seconds,” according to the video. What if you couldn’t get it off? Maybe one of your eardrums would burst! Maybe not. Who knows? Here’s the translated version of the video, available only on Ads of the World. Agency: Y&R, Buenos Aires.

An illustrated (and inaccurate) depiction of the scene at Dealey Plaza just before a bullet shattered JFK’s skull. If you look closely, you’ll see a yellow muzzle flash from a window in the Texas Book Depository Building. That flash represents the “unseen threats” that Mazda’s BLIS (Blind Spot Monitoring System) protects you from. Brilliant and classy. Amazingly, it’s not the most tasteless JFK assassination-riffing ad ever. That would be this 2007 B2B ad for the IP Group of men’s magazines via Belgium. Agency: BBR Saatchi & Saatchi, Tel Aviv. Image: Best Ads on TV.

It’s yet another multicultural bro-up! “Can we please get somebody to say ‘dank’ (wink, wink)? And we need it to feel realer. Ah, yeah, that ‘moisture bros’ dialogue is so now, so woke!” I couldn’t even tell this was an ad, this six-bro hang is so authentic. Agency: Duncan Channon, San Francisco. 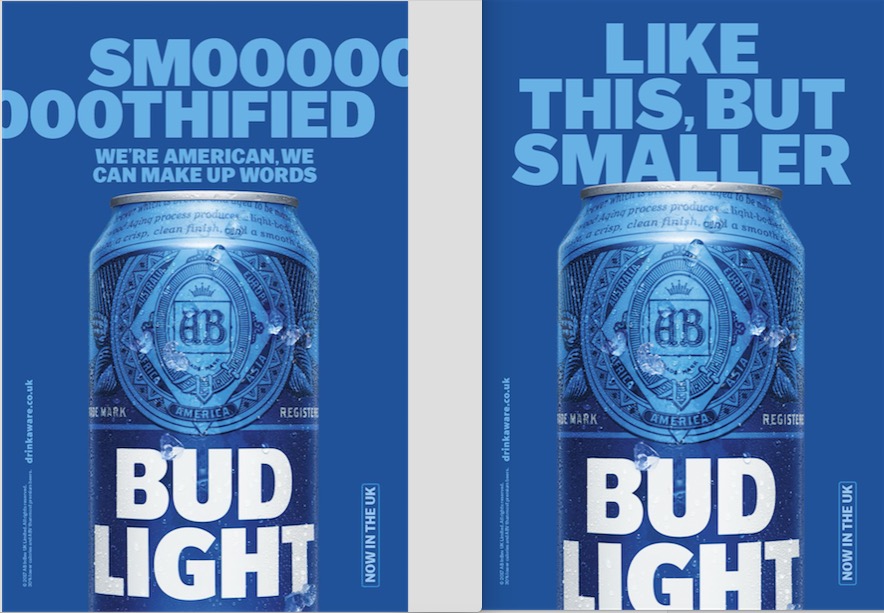 Bud Light just launched in the U.K. in March. These are two of the campaign executions. These ads were created by Wieden+Kennedy, London. WIEDEN+KENNEDY. Maybe the brief read: “Tone should be moronic, matching the intelligence of the average American Bud Light drinker.”

An approximation of the VW CMO’s verbal brief for this … thing: “I want to see a couple banging in our cars. … Each time they do it — because they’re Catholics — a new kid happens, so they have to keep buying bigger and bigger VWs. … And therefore, they’re creating more and more future VW buyers who will then also bang a lot in our cars — like father, like son — creating even more future VW buyers, and so on …” Agency: Deutsch, Los Angeles.

This campaign was awful right from the get-go, and it somehow keeps getting worse. The right ad above is really something. “Jen, hon, I see we have wine glasses; do you have any wine?” “NO! Just Smartwater. Sit down and shut up, Justin, WE DON’T HAVE ANY WINE!” See more of the ads here.

Somebody at Hubbards or their Auckland agency Sugar&Partners thought culture-jacking “The Bachelor” was a good idea. OK. Is there any connection between the product and the show? No? Well, we’ll make up a terrible “matching” concept and an even terrible-er ad word that nobody will ever use or say.

“Let’s get a shot of wifey doing some man’s work. Roll again. Cut! Hey, sweetheart, you need to make it look like you’re really struggling, maybe try almost falling down. We need to lay on heavy guilt to get stupid, stubborn male smokers to notice. Hey, the second spot should be her changing the oil and getting oil all over her face. We’ll wheel hubby out into driveway, even though that makes no sense.” Sorry, I don’t know the New York agency responsible for this crap.

I need a shower and vodka.