Ajax Will Scrub … Your Social Feeds 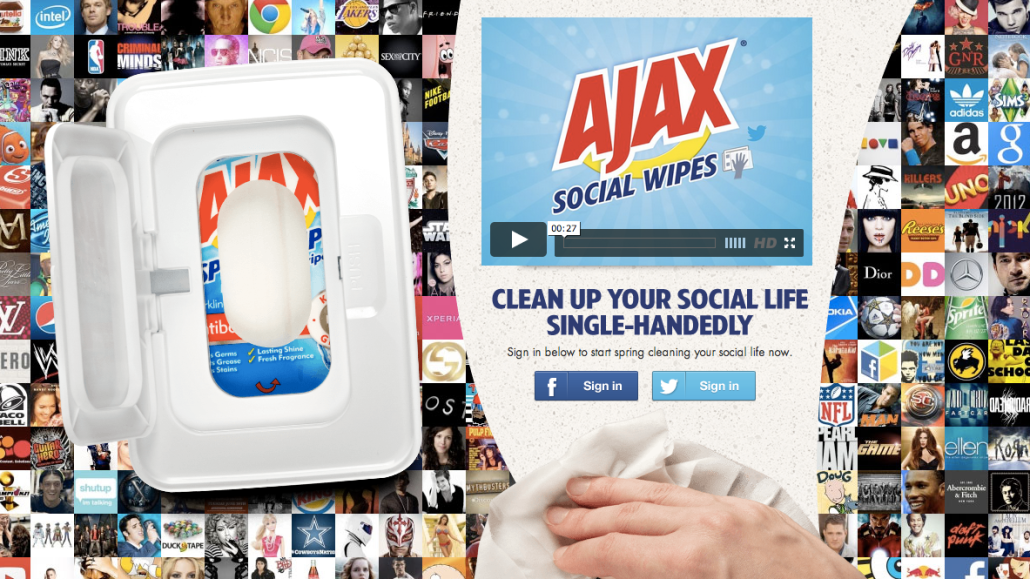 With the help of  VML and GPY&R of Australia, the household cleaning brand has come up with a digital scrubber that allows Facebook and Twitter users to log in to Twitter and Facebook, and unsubscribe from problematic feeds en masse. For Facebook, the tool allows you to unlike pages you’ve liked over the years. For Twitter, it scans all of your followers and people you follow for potential spam bots. 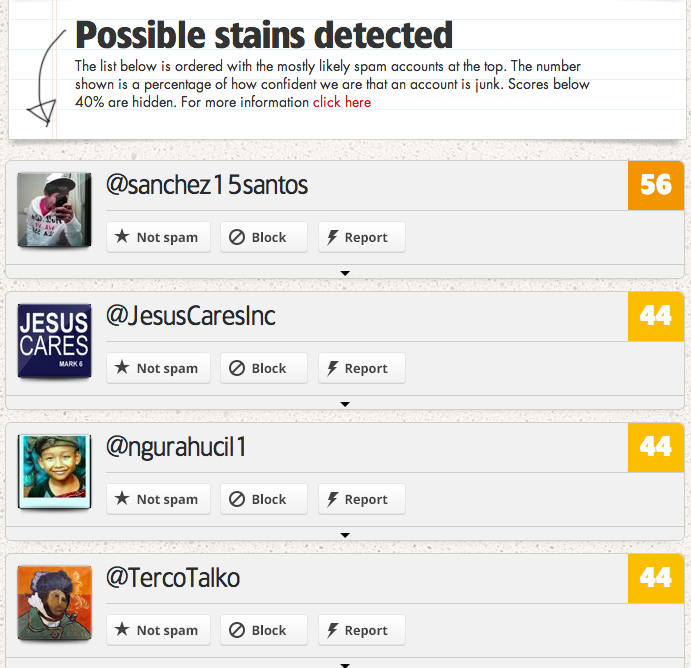 “At a general level, it’s about convenience. That’s who these wipes would work for. And that’s what the campaign is all about — making it convenient to clean up your social feeds,” said Aden Hepburn, the managing director at  VML, in Sydney,  Australia.

Ajax isn’t the first brand to play to antisocial social media sentiment. All the way back in 2009, Burger King released Whopper Sacrifice that offered a free burger in exchange for unfriending Facebook friends. Ajax is walking the talk, however. Unlike most brands, it doesn’t maintain an official presence on Facebook or Twitter.

In a week since its release, the tool has already helped wipe away more than 200,000 page likes on Facebook and nearly 20,000 Twitter spam bots from social feeds. Users on the tool are spending nearly 5 minutes making sure their feeds are clean of any detritus. Ajax, however, wasn’t scrubbed from a single list, since it wasn’t on Twitter or Facebook in the first place.