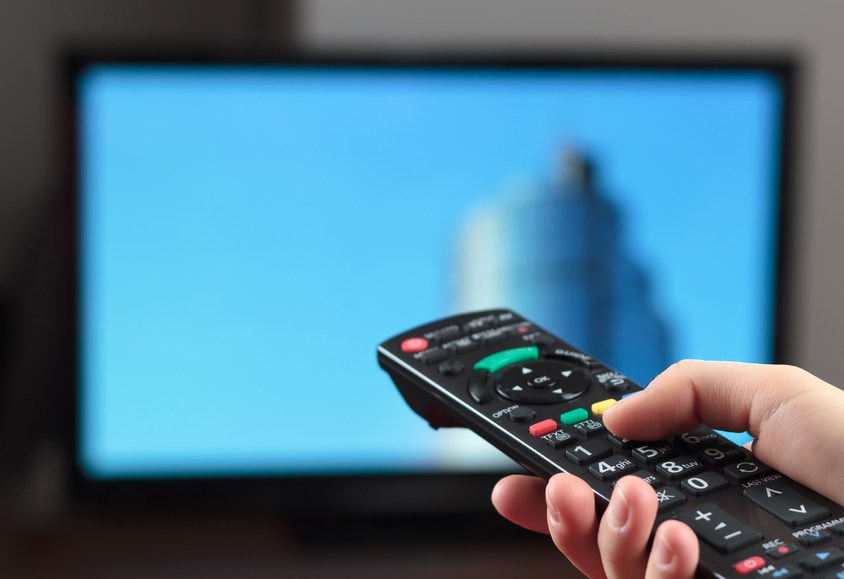 You might dismiss the TV upfronts as little more than a desperate diversion from another traditional medium fighting the digital tide, but that would be a mistake.

Imagine you’re one of those odd marketing ducks still trying to make people feel something different about your product — not click, not scroll-over, not like, but actually desire what you sell.

I’m thinking about those 10,000 or so brand managers, directors and vps who must sell more soap, yogurt, cars, paper towels, hotel rooms and whatnot this year if they want the privilege of trying again next year.

Everyone’s on Facebook. And you know their interests and activities, so you can micro-target. Moms cultivating urban rooftop carrot gardens and bunny lovers over 30 flip for more dressing, surely. Wait, not sure what a Facebook ad looks like? Traditional advertising is so last decade. You just need a catchy post that “activates” your 785,325 friends into spending the next 48 weeks replacing adorable pictures of their kids and pets with pitches of your brand’s emotional drivers.

OK, on second thought, what else is there?

Oh, right. There aren’t any print guys anymore. They all went digital.

Digital! Duh — that’s where everyone is, and it’s so cheap. You can get 2.3 billion impressions for, like, 40 bucks. Sure, you’ve never actually noticed a banner ad before or, God forbid, clicked on one, but you’re going to overwhelm these people. They’ll have to notice.

Get Annie back on the phone. Get that photo shoot back on. Everyone in America will see that beautiful bottle of yours before spring lettuce sprouts in Fresno.

“Annie, we’ve got a problem. I can’t see the bottle in these banner ads. Just the cap.”

Hey, you’re not the first person who tried squeezing a vertical shot into a small, nearly invisible and, as it turns out, impressively horizontal ad unit we humans ignore like it’s the federal deficit. At least it was cheap, and you still have some money left for the second half.

Speaking of money, though, you’re running a little low. You could use some good reach and low CPMs. Have you thought about radio? It’s in your car where the CD player used to be. You listen to it when you’re driving, assuming you don’t have your iPhone Bluetoothing your faves. Or SiriusXM. Or Pandora. Or anyone under 22 in the car with you.

OK, so what’s left? Plenty, it turns out: microscopic banner adlets on mobile phones, ads in iPad apps, ads on coffee cups and dry cleaning bags, ads on highway billboards, in-game advertising, ads on race car helmets and, of course, stadium signage. Granted, most of these media do provide some real value, but not to folks who want to change the way you think or feel about their brands.

And then there’s TV, which Americans watch, on average, 4.2 hours per day — virtually unchanged since 2008, according to Nielsen — and watch it live, not DVRrd, about 90 percent of the time. And when we watch, we are compelled, more or less, to watch advertising units that can actually inform us or touch us emotionally.

Perhaps that’s why TV actually grew its share of total global ad spend in 2012 (to 40.4 percent via $200.9 billion of ad spend), while spending shares declined in newspapers, magazines, radio and outdoor, according to ZenithOptimedia.

The reason is simple: People who need to move product know that they often need to reach their buying audience first. And while our eyeballs move to digital, our hearts and minds are left oddly untouched by advertising there.

So it’s no wonder those TV folks are throwing such great parties this spring.