Why I Left the Agency: Noah Brier 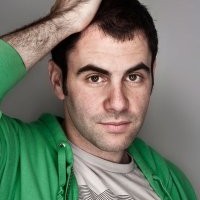 Agencies usually identify attracting and retaining the best talent as their No. 1 challenge. And yet many of the most promising would-be leaders in the industry depart to work for tech companies, startups, publishers and on the client side.

In a new series, Digiday will interview those who have left the agencies to start new careers. In 2011 Noah Brier left his role as head of planning and strategy at The Barbarian Group and co-founded social content startup Percolate. Digiday caught up with him to find out why he left the agency world behind, and why agency staffers appear increasingly to be jumping ship for technology companies, vendors, and startups.

Why did you decide to leave the agency world behind?
My story isn’t really that dramatic. I liked the agency world, and I enjoyed my time in it a lot. The reason I left it behind was that i was more excited at the prospect of building my own company. It was much more about taking advantage of the opportunity I saw than it was “escaping” the agency world as such. I was happy where I was, so I didn’t want to just go and work for another agency. I didn’t want to build an agency, either. I knew whatever I was going to do next would be outside of the agency world, although what I’m doing now is certainly still in the broader world of brands and marketing.

Did you ever envisage yourself in agencies long-term?
At The Barbarian Group I never imagined myself staying in the agency world for another ten years. I always liked building products. I built a product before and sold it which gave me some financial freedom, but also gave me the bug of doing that.

It seems there’s been a trend recently of agency people moving to technology companies, vendors, and startups, do you agree?
Most of the people I know personally that have moved around have stayed at agencies. I don’t really know many people in my network that have left to go to startups, but I do know a ridiculous amount that say they want to. Maybe that’s a sign of the startup world invading New York, and it’s interesting that agencies and startups are essentially looking for the same talent now. If we’re interviewing an interaction designer at Percolate, for example, chances are it’s a choice for them of working for a company like ours or going to an agency.

What about the senior agency staff that have made that jump?
I think it’s interesting that they’re going to companies in the technology space. A lot of technology companies have a serious lack of knowledge of the brand and marketing world, so the fact that agency people are entering technology is a good thing. There seems to be a level of distain for brands and marketing within some of these companies, particularly startups, even though their businesses ultimately depend on it. It’s a good sign for agencies too, probably. A lot of people in the startup world look at agencies and think they’re useless human beings. It’s not true, there’s a lot of smart people at agencies and maybe it’ll help address that stigma.