Why I Left the Agency: John Capano 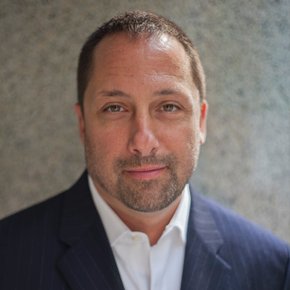 John Capano has a long history in the agency business, most recently as director of digital strategy at Wunderman, and prior to that at Puremedia, RiechesBaird, and Mead, Cohen & Pure. But three months ago, he chose to leave the agency world behind and join engagement-focused ad network and technology company SocialVibe. Digiday caught up with him to talk about what drove that decision, and why the trend of technology and media vendors poaching agency execs continues.

What made you decide to jump the fence and go work for a vendor?
I loved working on the agency side; you get to do so many different things and work with lots of clients, but what was missing for me was control over my own destiny. At an agency, you’re in a position where you can certainly influence a client, but ultimately you don’t get to make the key decisions that actually end up impacting businesses. The chance to do that is what really appealed to me. I came out of the strategy side, and what I’m doing now lets me continue to play in that space but also to execute. At the agency level, you don’t have as much ongoing input or effect once something’s in-market. Quite frankly, it’s more fulfilling for me than on the agency side. Having said that, I was happy at Wunderman. This really came out of a serendipitous meeting of minds, I wasn’t trying to escape the agency world or anything like that.

Is there a lifestyle consideration here, too? Is it less stressful working at a vendor than an agency?
I don’t think I’m any less stressed now. There’s this idea that agencies are really stressful, but for me personally, I don’t think there’s a big change. We’ve all heard the cliche of “getting out of the rat race,” but jumping out of an agency and into a company like this is definitely not like opening a bed and breakfast. We’re a technology company, but we also have a big services business, too, so we have similar creative and service-based deadlines to meet as an agency might. We also have to keep pushing on the technology side as well, of course, so everyone’s working really hard.

Is the trend of agency execs moving to vendors and technology companies growing, do you think?
Yes. It’s more common now, and is probably a result of the growth of digital. There’s a larger trend at play where media, communications, and marketing companies are all more or less built on the same platform, which is digital. There’s a much closer relationship between those companies than there was 20 years ago, which means your expertise coming out of an agency is much more applicable and more widely applicable than it was back then. The trend is there, but I’d say it’s more a result of the technology piece than anything else.

Is this a big problem for agencies? Are they struggling to retain talent?
Finding, training, and retaining talent has always been an issue for agencies. But there are trends where things become more popular, and I think that’s what we’ve seen recently. The ebb and flow of how cool and hip agencies are changes over time. Eight years ago agencies like Crispin Porter + Bogusky and Wieden+Kennedy were getting all the buzz and the media coverage. Now, it’s the technology companies. That type of thing definitely contributed to people’s decisions. There are those cycles that come and go, but then there’s an overall trend towards technology as well. It’s a little bit of both at play. There will be hot agencies again.

Can you see yourself ever going back to work at an agency?
No. I’m going to retire out of SocialVibe. I’ve got about twelve more years and I’m out!