Why Ford Believes in Live Video 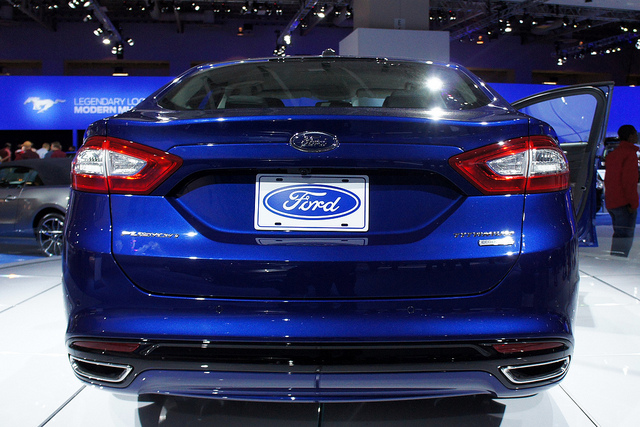 Ford has gotten into live video in a big way.

Yesterday it hosted it’s first ever unscripted live YouTube event, a three-hour live telethon on YouTube where fans could interact with the host and entertainment acts via YouTube comments. The event was part of Ford’s #backatyou and “Ultimate Thank You Basket” campaign.

This isn’t the first time Ford has played with live and interactive video. The car brand has been livestreaming big events like press conferences, vehicle reveals, and media forums for a few years, and has been using Google Hangouts to host live video chats.

What is the goal of the live event and how does it work? What’s the big opportunity with live video for brands?
The YouTube LiveStream event is a dynamic experience where people can tell us what they think about the Fusion, and the most creative comments garner the addition of a gift to our Ultimate Thank You Basket, with the ultimate gift being an all-new 2013 Ford Fusion. The live nature of the event allows us to create real-time engagement with our fans in an entertaining and spontaneous way.

How is social changing the equation with your video strategy?
Social allows for a longer conversation with our fans.  In the past, we released all of our content at the start of a campaign.  #backatyou is an invitation to jump in to the conversation, and be a part of the experiences we’re delivering, like “lunch dates” with Ford engineers via online hangouts or “date nights,” where we send commenters out for a night on the town in a Ford Fusion.

Is scale a problem? Can you attract a large enough audience to make it worthwhile?
We evaluate the scalability of every program.  We develop video content with the target in mind, but know that to reach scale, it also needs to resonate with a broader audience. We then look at paid, earned and owned channels to determine the best way to deliver the content to the right consumer at the right time.