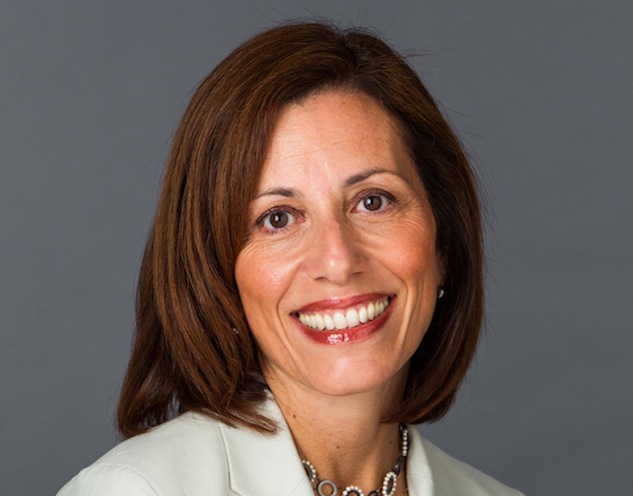 It’s hard to believe that Adobe CMO Ann Lewnes was once in PR. The blunt-talking New Yorker isn’t the typical, eager-to-please PR person. Her outspoken nature, according to people who know her, has made her something of a risk-taker at Adobe.

When she started at Adobe in 2006, the company was very much the traditional software marketer. It viewed marketing and advertising as a “soft” profession that involves too much guesswork and doesn’t provide enough impact on business strategy and bottom-line results. Its digital strategy wasn’t where it should be either, with more of the focus on print and other more traditional channels. Lewnes’ willingness to tell it like it is and risk-taking nature have brought Adobe to dedicating 74 percent of its overall marketing budget to digital. Adobe’s most recent campaign, “Metrics, Not Myths,” is so contrary to the way that Adobe usually markets to people that Lewnes had to convince her boss and her team that it was the right move. Its blunt message: enough with the bullshit.

“This is a very non-traditional, non-Adobe way of communicating,” Lewnes said. “We know some people might be turned off by it at first blush. But we think it’s an honest reflection of how marketers feel: that they’ve been traditionally undervalued and under-appreciated. We want to jolt that perception, start a conversation, perhaps start a little controversy.”

The campaign’s premise is that for far too long, marketing has been misunderstood, maligned and undervalued. The campaign is using some edgy language and a provocative point of view to get the message out. The first set of ads ran on The New York Times and Wall Street Journal online Oct. 23 and drove to content (the first myth) dubbed, “Marketing is BS.” Subsequent myths like “Social Media is Worthless” will roll out in the coming weeks. The content is also being pushed through social media. It’s housed on an Adobe microsite. Goodby, Silverstein & Partners created the campaign.

“She was very clear from day one that we had to be bold and breakthrough with this new campaign,” said Keith Anderson, associate partner and executive design director at Goodby. “She rejected anything that felt too soft, too quiet, too ‘nice Adobe.’ She’s a champion of creative excellence and demands truth in our messaging — which is why we think people are reacting so positively to the campaign.”

This campaign, and Lewnes’ unspoken nature in general, is a testament to the change that Adobe is currently undergoing. It’s taking risks. For example, it’s pushing into a cloud-based business and has made several investments into ad tech. It’s also taken a very public stand against Google, telling marketers not to trust the Internet giant. Even Adobe’s stance against Steve Jobs’ prediction that Flash is dead is yet another example of the company’s willingness to take risks.

“She isn’t afraid to tell you what she thinks,” said John Travis, vp of brand marketing for Adobe. “She also has a great instinct for what will and will not work and a great judgement of character. Working for her, you are pushed very hard and that can be stressful at times.”

Lewnes isn’t just a marketer. She’s a wife and a mother to two 12-year-old twin boys, who, she says, are crazy in a good way. Lewnes said juggling a career and motherhood is very hard but doable. Time management is key. At the end of the day, working is best for her children and for herself. Her temperament wouldn’t allow her to be a stay-at-home mom. Not that she’s knockin’ those who do stay at home.

That same temperament is why Lewnes doesn’t see herself on the beach sipping on mojitos 10 years from now. She loves work and needs a lot of stimulation. But she does see herself devoting more of her time to philanthropic work in the next couple of years. She may even spend some time reflecting and writing, she said.

“My friend has a great phrase to describe what she’ll do once she stops working,” Lewnes said. “She calls it, “exploring your otherness.” I am not ready for my otherness. Not yet.”