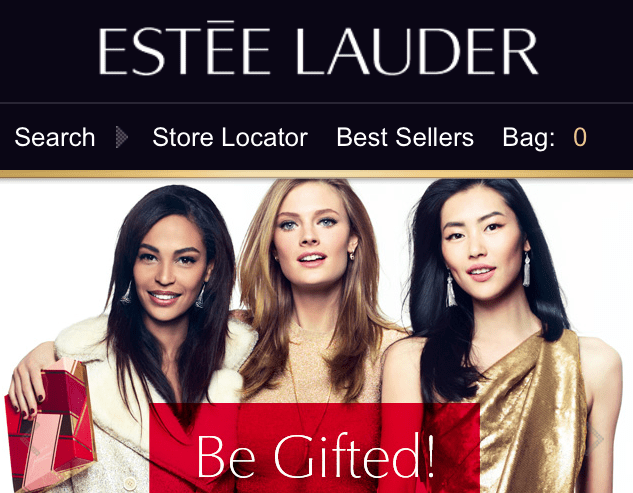 Although mobile phones were around long before 2007, The Estee Lauder Companies says that the beginning of its mobile strategy was when Apple launched its very first iPhone.

When you think about companies that are ahead of the curve and really willing to experiment and innovate, beauty brands typically don’t come to mind. But Estee Lauder is an exception to the rule. Not only is the company not afraid to try new things, but it’s also nimble. It tests and learns constantly, which is readily apparent in its mobile approach.

“The beginning of our mobile story is really the launch of the first iPhone,” said Russ Moorehead, vp of digital operations and strategy at The Estee Lauder Companies. “When smartphones got that smart, we realized that we could portray our brands in an important way for our customers. That was the first game changer for me.”

Estee Lauder has always been on the leading edge of technology, having launched an e-commerce site in 1996. The company launched its first mobile site (with Usablenet) for its Aveda brand in 2009.

Like everyone else during those first couple of years, Estee Lauder tried to port its full e-commerce site for Aveda to mobile. But that was mobile 1.0, and after some time and careful watching, the company revamped the site to make features most useful for a mobile audience more accessible. The store locator, for one, was added, and scrolling was minimized. According to Moorehead, traffic to the store locator on mobile is higher than on desktop today.

In 2010, Estee Lauder launched its own proprietary mobile platform, taking the development of mobile sites for its brands in-house. This allowed the company to quickly ramp up its mobile presence. Today, Estee Lauder has 53 mobile sites in 12 markets, which are all commerce-enabled.

“Our first objective was to give people a good experience when accessing the site from a smaller screen,” said Marisa Thalberg, vp of global digital marketing at The Estee Lauder Companies. “Once we began to understand customers’ mobile behavior, we were able to streamline the experience and then weave in marketing to drive people to it.”

Estee Lauder did some really cool mobile advertising experiments with Pandora, which it claims were extremely successful in driving traffic. However, Moorehead admits that the company’s initial shot at iAds (Apple’s mobile advertising product) was disappointing, to say the least.

The company has learned that mobile is not where first-time transactions happen. Instead, it is a strong tool for replenishments. When you add the tablet into the equation, things are completely different. The tablet is an acquisition channel. Conversion rates are much higher than on mobile devices, and the average order value is much higher, as well.

Overall, Estee Lauder’s mobile strategy is about utility and, of course, driving people to the counter. Thalberg said that the company has learned that mobile is the conduit between online and in-store, and that’s why Estee Lauder recently added ratings and reviews to its mobile commerce sites. This is how consumers behave. When they are in the store looking at a product, a lot of time they’ll take out their device and start looking for what others have to say about it. Reviews are often what seal the deal.

Beyond the mobile Web, display and search, Estee Lauder also considers its work on Facebook, Twitter, Pinterest and Instagram a big part of its mobile strategy. Many times marketers will throw these platforms into the social media bucket. But with the number of people accessing the platforms via their mobile devices, social media now also needs to be considered as part of the mobile strategy.

“I think one day we’ll get to the point where mobile is a dimension of all media,” Thalberg said. “Already, we consider mobile for every program we do.”

But not all companies are as willing to experiment and innovate as Estee Lauder. The reason, Moorehead said, is that they are probably looking at their analytics and seeing that right now mobile traffic is just a small piece of the overall e-commerce pie. They are focusing on this morning, as opposed to tomorrow.

“I suspect we’ll soon be having a conversation around mobile overtaking desktop,” Moorehead said.