What an Obama Second Term Means for Digital Media Industry 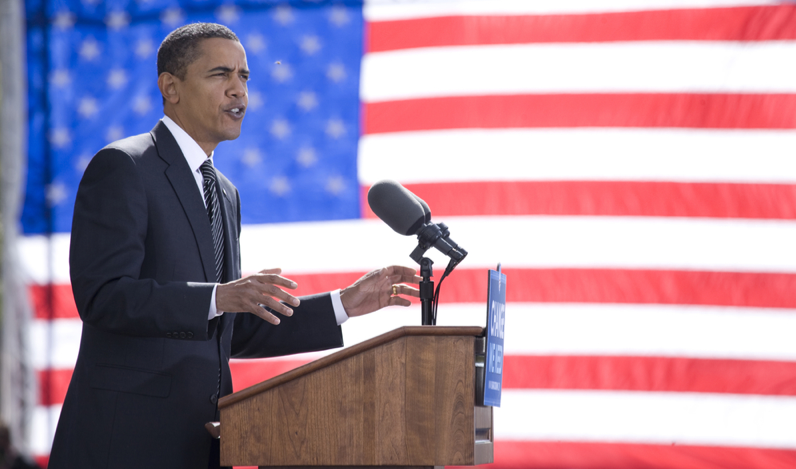 President Barack Obama’s reelection means many things to many people. But what about the digital media industry? There are big issues on the table — from immigration reform to Do Not Track to how marketers can (and should) use data — that agencies, brands and publishers will be keeping a close eye on throughout the next four years.

Dick O’Brien, evp of government relations, 4A’s
President Obama’s re-election will allow him to appoint the chairman and the majority of Commissioners of the FTC. In his first term, those appointments were very activist — particularly in trying to advance a “Do Not Track” agenda for digital media. In the next term, that activism can be expected to continue and likely intensify. In the face of that, the digital media industry must continue to build its muscular self-regulatory program, the Digital Advertising Alliance, to make ill-advised government activism unnecessary.

Rob Norman, Chief Digital Officer, Global, GroupM
It is a general truth that Democratic administrations legislate more than Republican ones. The legislation issue that should concern the digital media industry the most centers on the use of data to inform the identification of behaviors and the application of that data to the targeting of advertising. The marketing industry has a history of effective self-regulation, and that should be allowed to persist.

Our hope is that this debate will be reasonable rather than hyperbolic and that the deliberations will surround the actual not theoretical harm that may be suffered by recipients of targeted advertising while recognizing that all consumers deserve the right to make explicit choices and deserve protection from bad actors.

Furthermore, we hope that any regulation does not create an oligopoly of first-party data owners who have permissions that others do not, particularly when those permissions were gained for general use of services rather than the specifics of tracking and targeting. It is in the economic interest of the consumer and the country that marketers can cost-efficiently launch and preserve products and services as efficiency reduces costs to the manufacturer and the consumer and, in turn, creates employment and economic growth.

Eric Hippeau, partner,  Lerer Ventures
Digital media will continue to quickly evolve, irrespective of who is in the White House. Software is continuing to disrupt and transform media, and it’s unstoppable. However, as we have seen with the ill-guided SOPA anti-piracy bill, our industry has to stay vigilant in the face of industry forces resisting change. The Obama Administration opposed SOPA. Hopefully, his re-election will prevent another SOPA attempt.

Paul Berry, CEO Rebelmouse and former CTO Huffington Post
I’m heavily biased living in New York, born in Mexico City and having grown up in California. It’s a great thing and a huge relief. The digital industry’s talent infrastructure is heavily tied to better policies on immigration and on good standing in the world. In many ways, Barack Obama is a symbol of progress and disruption of things previously considered an unbreakable norm. And this is exactly the tone and world view that the digital world lives in and with.

Noah Mallin, vp/group director social marketing, Digitas
I believe Obama’s re-election will be a positive for the digital media industry simply from the perspective of how he won rather than any specific policies. It’s not about politics but the digital marketing techniques he used.

From a pure media perspective, Romney’s campaign represented the state of the art in pure GRP saturation — get the message out in front of as many eyeballs as possible. Yet the hammer approach to media fell before the precision scalpel wielded by the President’s re-election team.

An inherently digital data-driven approach, micro-segmenting individual voters not just as voters but as consumers was that scalpel. This allowed them to target both media and offline resources efficiently and precisely, with highly relevant messaging and clear calls to action.

This is what digital marketing excels at — slicing and dicing the raw numbers to get to actionable insights and smarter audience design and targeting. For brands, this is a compelling case for the power of smart digital thinking to achieve set goals in market — whether the goal is 270 electoral votes or 250,000 widgets sold.

Bob Goodman, svp, director of user experience, Arnold Worldwide
Obama is a skilled practitioner in the social media space. He is our first Social Media President. He uses digital media as Ronald Reagan used television and FDR used radio. That raises the profile of the digital media industry and showcases the capabilities of the medium and the industry to advance meaningful conversation and user engagement.