Tweet at this Westin vending machine for free running gear 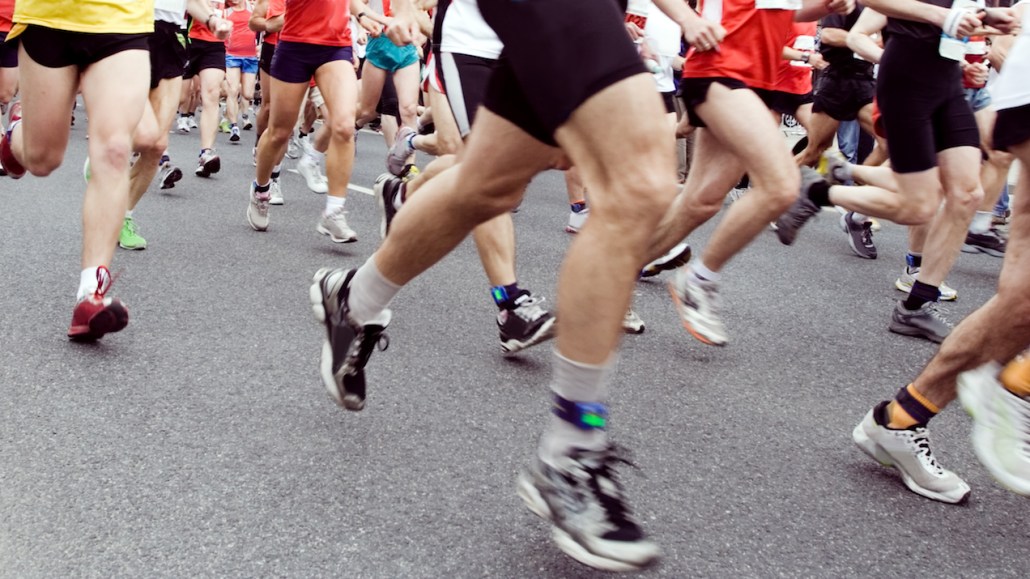 A new stunt by Westin Hotels & Resorts gives new meaning to the term “no excuses.” To encourage people to run a 5K in New York June 4, the Starwood hotel chain is setting up a Twitter-activated vending machine that will dispense New Balance running gear.

To get the gear, you have to tweet “I want to run with @Westin” and your size and gender as well as a unique code that the machine assigns to you. In theory, the machine will spit out a package containing new socks, shoes, shirt, shorts and, for women, running bras. For free.

The plan is for the machine to dispense only 75 sets of gear from 9-10:30 a.m. The hotel will hand out T-shirts so latecomers won’t walk away totally empty-handed.

The vending machine builds on a partnership that Westin struck with New Balance four years ago. Under that program, Westin lends New Balance sneakers and workout clothes to guests’ rooms for a fee. The idea behind the vending machine, though, is to get people to participate in what’s been dubbed National Running Day on June 4. More broadly, it’s part of Westin’s effort to promote itself as a hotel that supports guests’ health and fitness needs (and get people to tweet about it).

“We take a lot of pride in being a hotel that’s healthy,” said Christopher Heuisler, Westin’s running concierge. Yes that’s an actual job title. “We want people to think of Westin as a place to go when you want to stay healthy on the road.”

Programs like this are part of a growing trend among hotels to make it easier for stressed-out travelers and gym buffs to stay fit and healthy while they’re on the road. Other hotel chains that have also actively courted fitness buffs include Marriott with 116,000 Twitter followers and Fairmont, 86,000. That means adding and upgrading fitness centers and appointing running concierges.

This year, Westin launched its Westin Well-being Movement program of health and wellness activities like 5K runs and spa treatments.

Heuisler was hired as Westin’s first running concierge 10 months ago. His job is primarily to tend to guests who are traveling for races as well as business travelers who want to stick to their running routine while they’re on the road.

“I’ll run the course myself and lead two runs to shake people’s legs a little bit,” he said. “I’m their on-site running coach for the weekend. Sometimes when you travel to a race, a lot of stress can accompany that.”