‘There weren’t people talking about the things I wanted to say’: Ogilvy Noor’s Shelina Janmohamed on changing narratives 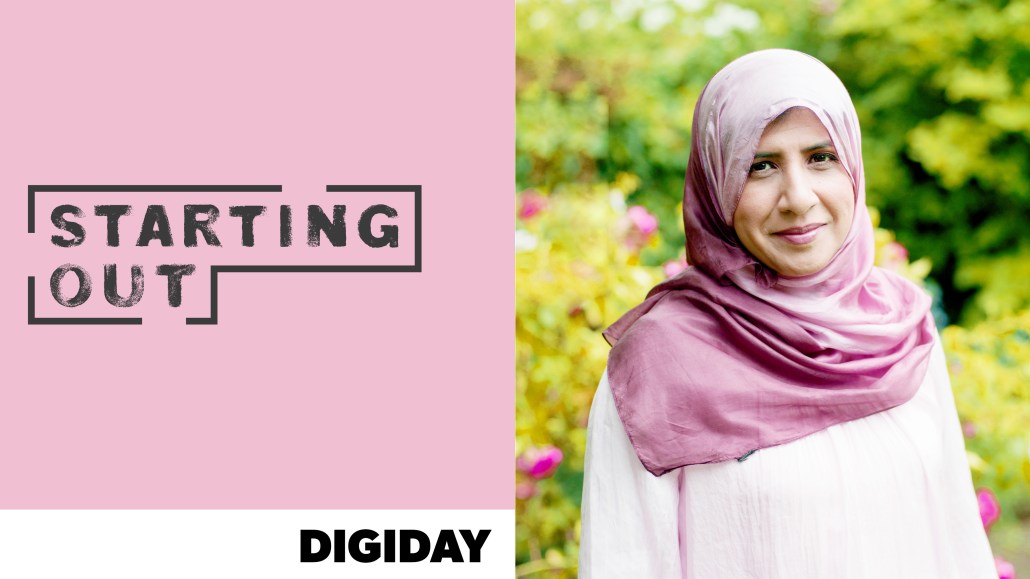 Shelina Janmohamed is the vp at ad agency Ogilvy Noor, Ogilvy’s Islamic consultancy, where she teaches brands how to sell to the Muslim customer. This aligns seamlessly with her personal brand as the author of “Love in a Headscarf,” a book that began as a passion project in the form of a blog. In this week’s episode of Starting Out, Janmohamed discusses starting her blog after the 2005 London bombings and how coming from a diverse background often means explaining what it’s like being in her shoes.

I would be watching the news [after the bombings], and the kind of people that were interviewed who were from Muslim backgrounds had extreme views. It didn’t connect at all with my experience. I felt compelled that someone had to talk about the experience that was happy and confident in being British, Western, European, Muslim, female.

I had only been writing the blog for a while. Somehow, a producer persuaded me to do [an interview with BBC Newsnight]. I realized I had something to say that wasn’t being said. I started to see myself in a different way. I was a total newbie to media, and they had put me on the show, which to me said that there weren’t people talking about the things I wanted to say.

I thought long and hard about what story I wanted to write [for the book]. You don’t counter the story by entrenching it. You don’t tell the opposite of the story because that doesn’t change the narrative. So, I wrote a story on the subject of love. It was on my mind because I come from an Asian background, and getting married is a big thing. When you’re a girl, that is your entire life purpose. And it is the question that intrigues everyone: How did you get married? How did you find each other? I wanted the reader to feel like that was the story, and I happened to be Muslim, to have a different heritage and have certain different experiences.

The problem was getting publishers to understand that. I got lots of rejections saying, “It’s a great story, but we don’t know who would buy this.” And when I said, “Nobody’s writing about this,” they said [they] don’t understand a positive story about Muslim women. I took the approach that this is my story, you can agree or disagree, but it would be great if you could understand what it’s like to stand in my shoes.

I have been on the front of so many boundaries and barriers that have been broken that I don’t know who has been there before me. So, the sadness that I didn’t have a mentor can perhaps be of value to people coming behind me.