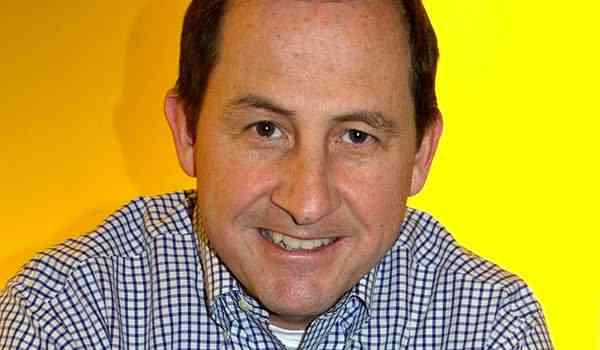 Digiday is kicking off its 2012 event slate with Digiday Agency in Los Angeles. We’re examining the modern agency, a theme we’ve visited often recently. The idea is that the rapid changes in digital media have forced agencies to quickly adapt — not for the future but for the here and now. The event begins at 10am PST. Highlights of the day include a “view from the top” conversation with AKQA CEO Tom Bedcarre on how agencies can keep up in digital media; a look at the “war on the middleman” happening in ad buying; and Interpublic Group’s five key trends that will shape 2012. You can watch all the sessions from Digiday’s homepage or our Livestream page. The full agenda is below. All times are PST.

10:00am: Welcome and Kick-Off with Yahoo
The Case for Creative: In the increasingly number-driven world of display advertising, have we lost sight of the important role the creative plays in generating positive experiences for users and the impact that those experiences have on performance? Agencies are constantly trying to strike the right balance between the art, science and scale of display advertising to attain the best ROI for advertisers. What does it take to make great creative that delivers great performance? This panel of experts will provide insights on how the advertising creative process has evolved and what tools, such as dynamic creative and innovative rich media formats are being used to equip agencies better than ever before to achieve the right blend of creativity and performance at scale.
Moderator:
Todd Pasternack, Director-Creative Technology, PointRoll
Panelists:
Colette Dill-Lemer, VP Online Marketing, Guthy-Renker
Graham Harris, Rich Media Product Management, Yahoo
Gabrielle Weinman, EVP Creative Integration Director, Dailey

10:45am: The View From the Top: Q&A with Tom Bedecarre, CEO of AKQA
As the CEO of AKQA, Tom Bedecarre has grown it into the largest independent digital agency in the world. Recently named digital agency of the year in both the U.S. and U.K., AKQA has proven out its model of creativity grounded in digital. He speaks with Digiday editor in chief Brian Morrissey about how digital media is changing the agency landscape in ways small and very large.
Speaker: Tom Bedecarre, CEO, AKQA

11:15am: The War on Middlemen
Yahoo has declared war on the middlemen, namely ad networks, it feels have taken far too much money from ad buys than they’ve put in. Will the industry see more moves as publishers and agencies look to deal directly with each other and cut down on the raft of intermediaries that often come between them — and drive up costs?
Moderator: Jack Marshall, Mobile Editor, Digiday @jackmarshall
Panelists:
Ben Fox, EVP, Adconion Media Group
James Heckman, SVP, Strategy and Emerging Businesses, Americas Region, Yahoo
Edward Montes, CEO, Adnetik

11:45am: The 2012 Online Brand Advertising Outlook
How is the Internet doing in fulfilling its promise as a branding medium – and where do we go from here? Vizu teamed with Digiday to ask more than 450 top brands, agencies and media sellers about how they view brand advertising online, and what they’re doubling down on in the coming year. We’ll share top-line survey results, then dig deeper into what it all means with a top-tier panel of media buyers and sellers, led by Jeff Smith, CMO and SVP of Client Services at Vizu.
Moderator: Jeff Smith, CMO and SVP of Client Services, Vizu
Speakers:
Julie Berger, VP, Managing Director, Digital, Horizon Media
Amy Clark, Senior Research Analyst, Specific Media

12:35pm: Hypebusters: The Agency R&D Problem
Russ Fradin, founder of Dynamic Signal and former CEO of Adify, lays out his case for why agencies have been their own worst enemies because they haven’t invested in technology. Yet Fradin doesn’t necessarily think agencies are to blame; instead, he points the finger at clients, who have squeezed agencies to the point where spending on technology is impossible. The result: agencies are forced to outsource tech development to middlemen like ad networks.
Speaker: Russ Fradin, Founder, Dynamic Signal @rfradin

2:00pm: The Banner is Dead, Long Live the Banner
The much-maligned banner ad recently turned 15. Like many adolescents, it is in an awkward stage and can often feel lonely. Advertisers and publishers feel limited by the format, while the vast number of them make them completely commoditized. Is it time the industry rethink its reliance on the display ad as the blocker and tackler of online advertising?
Moderator: Sean X, Founder & Difference Maker, SXC Marketing @seanx
Panelists:
Doug Dimon, Creative Director, Definition 6
Oliver Duncan, Creative Director, Digitaria
Tim Leake, Global Partnership Director, Hyper Island
Jaime Robinson, Creative Director, Pereira & O’Dell

2:45pm: Meet the New Agency
Getting consumer attention is harder than ever. That’s why the role of the agency is changing — and what an agency looks like is changing. Brands need to produce the kind of content people will seek out, leading them to link up with new partners. Katalyst was founded by Ashton Kutcher to do just that. Anthony Batt, president of Katalyst, explains why new-breed media companies are filling roles formerly occupied by ad agencies in combining creativity, technology, media and entertainment.
Moderator: Jack Marshall, Mobile Editor, Digiday
Speaker: Anthony Batt, President, Katalyst

3:30pm: Rise of the Machines
Media buying, which used to be a fairly simple proposition, is now an alphabet soup of acronyms. The shift to real-time bidding through automated exchanges is happening. And yet media appears to remain people-driven at its core. What will this mean for the media-buying business?
Moderator: Brian Morrissey, Editor-in-Chief, Digiday
Panelists:
Dave Goodrich, President, Targetwise
Suhaila Suhimi Hobba, EVP, Managing Director, Digital, Initiative
Peter Horan, Executive Chairman, Halogen Media Group