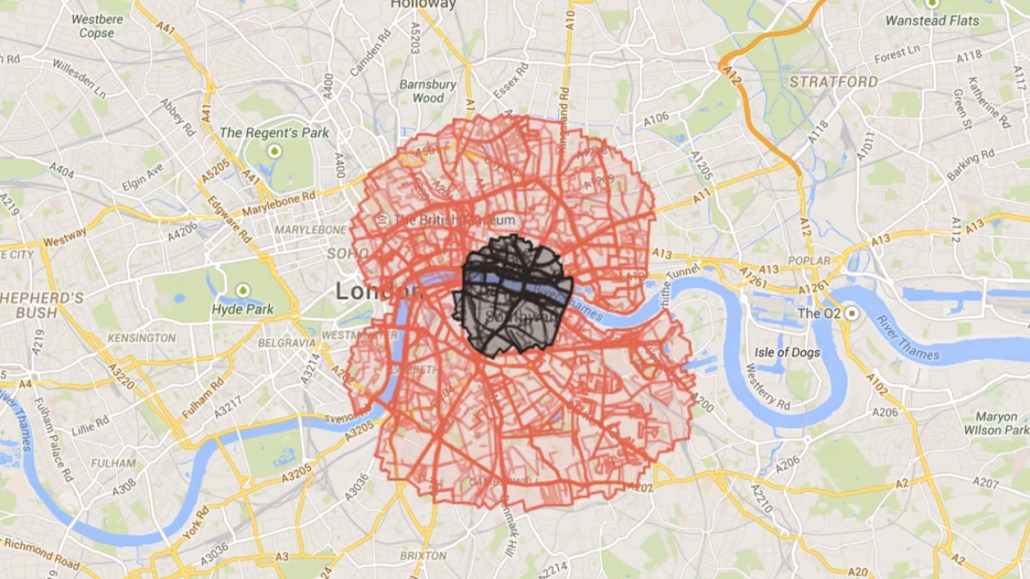 Runners have superimposed a giant poppy on the city of London, with help from Vodafone and its agency AKQA.

As a tribute of remembrance on the 100th anniversary of World War I, Vodafone invited joggers to fill out the middle of a Poppy-shaped outline on top of the capital city. In total, 635 runners downloaded a dedicated Vodafone running app and filled the streets with GPS signals.

A dedicated website with a map was continually updated with the progress of filling out the streets of London with red and black GPS signals. Running in the very center of London marked the streets in black and outside the center was marked in red. A timelapse of the campaign can be seen here:

From Oct. 29 until Nov. 9, the runners covered 7492 miles and created the world’s largest poppy across the city. Participants and their friends and families donated more than £15,000 ($23,5000) to veterans charity the Royal British Legion in support of the campaign.

The campaign was led by former Royal Marines Commando Ben McBean, who lost a leg on duty in Afghanistan. He undertook a 31 mile run around the city to mark an outline from which others would fill in the red and black of a poppy via GPS. Here, he explains why he did it:

Corporate acts of remembrance can be a risky business for brands. Things can quickly turn sour if a campaign is seen as a crass attempt to exploit the event. It’s a fact U.K. supermarket Sainsbury’s is painfully aware of: Its 2014 Christmas advertising campaign recreated a famous real-life scene from WWI. The Christmas Day Truces saw opposing troops put down their weapons and play soccer with one another in neutral territory. Some members of the public saw this as a distasteful marketing ploy. It received 240 complaints to the U.K.’s Advertising Standards Authority.

Vodafone will be pleased that its remembrance campaign is seen as tasteful. The campaign is one of a series of #Firsts documenting first-time experiences of inspirational individuals.