McCann’s Rob Reilly: ‘I don’t claim to be incredibly smart’ 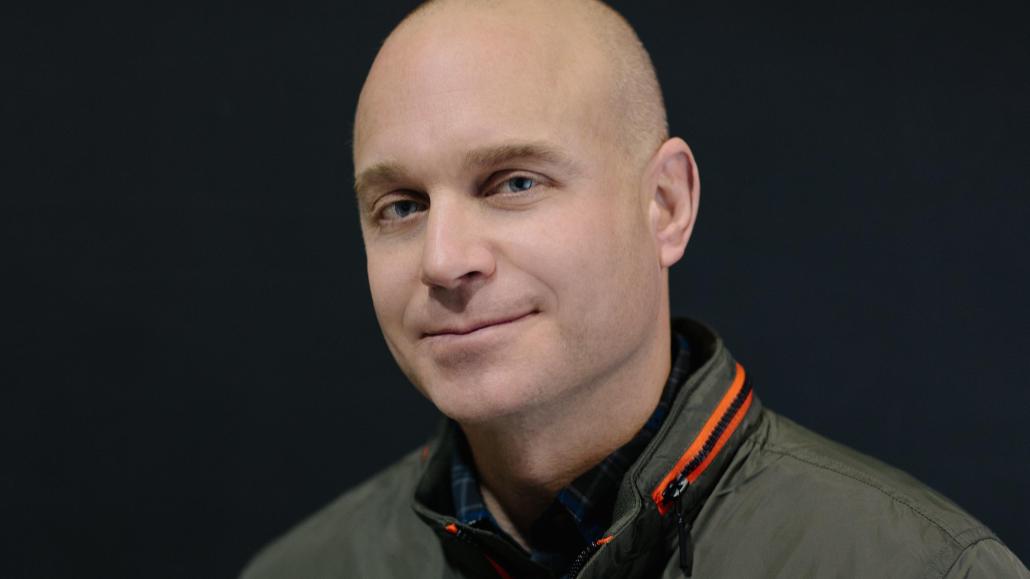 This is “View from the Top,” the fourth in a new Digiday series featuring creative leaders talking about their career paths and leadership perspectives. Read previous interviews here.

Rob Reilly is five months in atop the creative ladder at McCann. In March, the former CP&B chief creative started his new job at the Interpublic Group agency. It was akin to a homecoming for Reilly, who worked as a junior creative at the agency in the ‘90s.

What were some of your early leadership lessons?
I played soccer a lot, and I had a lot of coaches. They always teach you how to do the right thing, the right way to conduct yourself. You get that from playing organized sports. You kind of get that discipline. Sport really teaches you the preparation and hard work part of things. I’ve always had a good work ethic, and sports is good training for it. I have this poster on the wall that says “Outthink, outwork, outcare.” I don’t claim to be incredibly smart, but I certainly outwork people.

What is an early memory from your career that has remained with you?
There weren’t a lot of ad schools back in the early ‘90s. I went to regular college, then took a job as an assistant secretary at an ad agency that rented some office space from Grace & Rothschild. I was so lucky. I didn’t even work for them. I just worked for a company that rented office space from one of the greatest agencies ever. All day, I’m thinking I’m going to meet Roy Grace, and it would be like meeting Elvis if I was a singer. What am I gonna say to this guy if I happen to meet him in the hallway? And then at the end of the day, someone asked if I wanted to get a beer. I had to go the restroom first. The bathroom there had two urinals. There was this little partition, and in walks Roy Grace. Let’s just say I did not perform. I’m so freaking nervous. So he finishes up, and he’s like, “How about those Yankees?” I said I love the Yankees. I was basically saying, “I love you” to Roy Grace.

So how about the “working hard” part?
I was a secretary basically. I would fix my boss’ shoe. I started pretty low but I was able to work on my portfolio, and I was able to show people. Maybe they saw how hard I was working, and they were nice to me. I would work on my own portfolio, and I taught myself some of that business. One guy was particularly nice to me, and he would look at my portfolio and help me. I eventually hired him to be a creative director when I went to Crispin. The lesson is always be nice to the younger people.

Who inspired you?
I learned a great lesson from Andrew Keller. I’m from New York, grew up in New Jersey. I had this style that was very rough. Very tough. I remember asking Andrew: “Do you want me to be great, or do you want me to be nice?” When you get to this position, you want to be both. People are sometimes resting on your word. For all the great things you’re doing for people, soon as your raise your voice to them that’s the thing they remember. I’m in this position but I don’t see myself as being in a power position and an influential position all the time. You have to be continually reminded that the words you say and the things you say do matter. For example, I always send an email to myself before I send it to the group.

Is there a difference in how you act as a boss versus as just a creative?
It happens all the time, not just with bosses, but any time, you need two skills. Some people are great creatives but not great presenters. You see it all the time that people are great creatives, but they don’t translate into great bosses. There is also the reverse. I think the people who have ascended to high positions usually have both of those skills. They are a good judge of creative talent and great work. And are also great with clients. They have their clients’ back.

What does that mean?
You’re not siding with your agency all the time. You have to share the perspective of your clients. Take their side sometimes. Agencies are often thinking: “If we lose an account, it’s OK, we will get new clients.” I always have to put myself in their shoes and have some empathy so we understand what they’re going through. Good bosses aren’t just defenders of the agency but defenders of the idea.

You have a lot of information thrown at you all the time. How do you decide who and what to ignore?
I got a lot of advice from Chris Capossela [CMO at Microsoft.] He keeps a pretty tight schedule. You tend to think that there are so many hours in a day. There is a lot of compartmentalizing. I’m going to meet with people this amount of time. I want talk to young people this amount of time. Your week will be pretty filled up. You have to give yourself a bit of schedule instead of letting other people run it. People will fill your day unless you fill your day.

So you have to cut people off when they take up more than was allotted?
Yeah. Saying no is the hard part. I grew up with Alex [Bogusky] in my formative years, and we would sometimes sit for hours trying to solve things and craft things, and you’d get to someplace great. Sometimes there was no end in sight. But in this kind of role, I have to definitely have some hard stops. Advertising, we tend to say, has to be loose, but sometimes you need some structure to make sure you’re staying on point.