‘Turn your vulnerabilities into assets’: 360i’s Sarah Hofstetter on making it in advertising 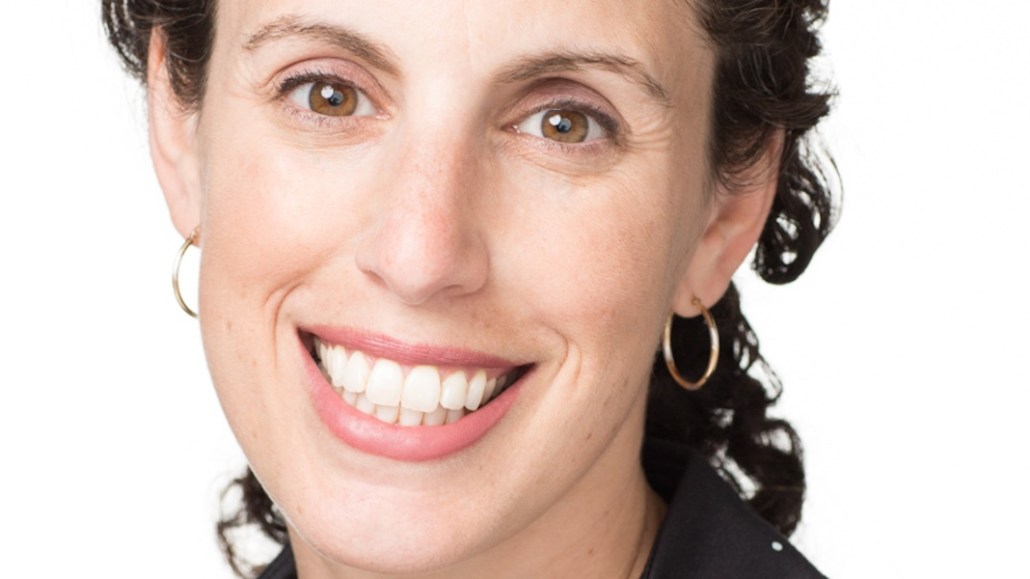 Sarah Hofstetter is not your typical agency CEO. Unlike the majority of agency execs, who come from agency and business backgrounds, the 360i global CEO actually got her start as a reporter at The New York Times. After stints in PR and running her own consulting company, she found herself at 360i, working her way from PR rep to CEO in 2014. Here, she describes her route to the top. Answers have been edited for length and clarity.

I was born in Brooklyn and raised in Long Island, New York, and I spent my childhood about a mile from where I live now. The woman who cut my hair when I was 12 still cuts my hair now. My parents, grandparents and siblings all live within a mile of me. Growing up and being observant Jewish, family becomes integral to pretty much everything that you do.

I grew up being in all-girls classes, going to Yeshiva with girls who looked like me, from the same backgrounds. It was a very insular and cookie-cutter kind of environment. I never resisted it; it was a way of life for me, and I never had a rebellious phase when it came to my religion or anything. But my first intellectual conversation with a non-observant Jewish person was probably when I was 19 and in college.

College was my first exposure to any kind of diversity at all. I studied sociology and journalism, and that combination really allowed me to see things from other perspectives that I had so far been removed from. It really sparked a lot of curiosity in me, which led me to pursue journalism and become a reporter. I got thoroughly immersed in it, and I was on the edit staff of the school paper. I was lucky to score an internship at The New York Times, which then turned into a full-time job.

I did not last long in journalism. It wasn’t enough to cover my rent, so I got lured to the dark side of PR out of financial necessity. I wasn’t proud at first, but it turned out that I loved it. It allowed to me do a lot of things I was doing in journalism and tell stories about the company I was representing. I then worked at a company called IDT for eight years and helped out with a service called Net2Phone. I left that job to start my own consulting firm in 2004, and joined 360i in 2005 after building their digital word-of-mouth practice.

It was in no way an easy transition. 360i was a search-engine marketing agency at the time, and here I was bringing social media and PR. It didn’t jive with the culture and mindset of a lot of people initially, and they didn’t see the upside in doing what I wanted to. I couldn’t decide whether I was crazy or whether I was onto something they just hadn’t gotten yet.

Even though I grew up in a sea of sameness, it taught me a lot. My grandparents were both Holocaust survivors who survived Auschwitz. My grandfather couldn’t get a job when he made it here because he observed Sabbath, so he started his own company. That grit, resilience and perseverance is ingrained in me. They never talked about it, but I learned by example. So when I ended up at 360i and people looked at me all funny, that’s where I drew my perseverance from.

I also dealt with a crisis of confidence and felt like an outsider for a long time, because I had never been in advertising before. I was tired of hearing about how many different agencies people had worked at. Ultimately, I came to the conclusion that I knew enough about the fundamentals of brand marketing from the combination of reading, learning, doing and journalism, and I was unencumbered by legacy. It took me a long time and, frankly, some success to acknowledge that not having hopped around from agency to agency was actually a competitive advantage for me.

Once I was in a new business meeting, and we were all shaking hands with the client. The client then walks up to the tall dude in the room, on our side, and tells him to start the meeting. I get up and start talking and introduce everyone and say, “Hi, I’m Sarah; I’m the CEO.” And the client literally goes, “Oh.” Look, I was trying to win new business, so it wasn’t my place to sit there and say, “I’m sorry, what?” But that was certainly what I was thinking. It’s frustrating because I have worked very hard to be at the job that I’m in.

You have to learn to turn your vulnerabilities into assets. That’s always been a big mantra for me. Being different should be your motivation for being better. Otherwise, you’re just like everyone else. This industry is so full of copycats and people who just look like everybody else, so it was good for me to be different.

It certainly wasn’t my plan, but everything I learned from journalism informed and prepared me for advertising today. I tell everyone to take classes in journalism if they can, because what I learned from my time as a journalist, I still apply to this day. The nut graf is important for any communication you’re trying to deliver. The skill of encapsulating the highlights first and then sucking the reader in deeper is no different than putting together a good PowerPoint presentation.