Throwback Thursday: Whatever happened to AdKeeper? 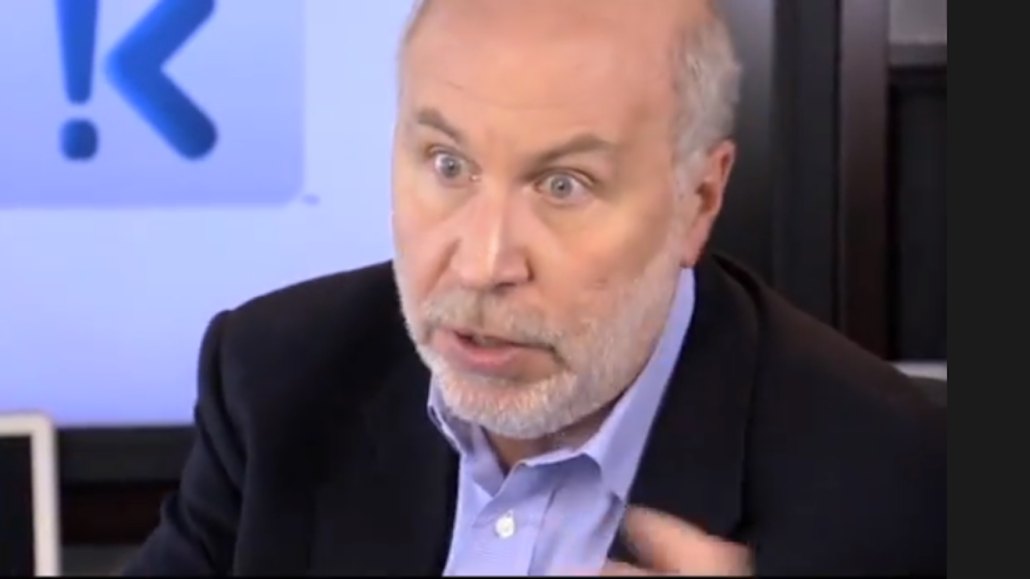 In honor of Throwback Thursday, Digiday is revisiting heralded digital media advancements of years past to find out what happened to them once the hype died down.

AdKeeper was a 2010 startup that tried to apply a simple solution to the very big problem of banner blindness: Let people save them for later. The solution, it turns out, may have been a little too simple. For this Throwback Thursday, we take a look at what went wrong.

The setup
Four years ago, About.com founder and serial entrepreneur Scott Kurnit brought the digital world AdKeeper. With one click, you could save ads and sort them for later. Think of the Internet version of coupon clipping. It supposed, of course, that people actually wanted to do this. But this was Kurnit, who had spun gold out of About, and the new startup was backed by nothing short of an all-star group of investors (True Ventures, Spark Capital, Lerer Ventures, The New York Times Co. and others) who gave him $43 million to build it. A blue-chip roster of ad clients had signed on at launch (AT&T, Unilever, McDonald’s, to name a few). There was an advisory board packed with a who’s who of media bigs (Janet Robinson, John Battelle, Ken Lerer).

The pitch
A demo video for AdKeeper described it as “A powerful new way to explore ads you’re interested in when you have the time.” A press release stated, “With the help of AdKeeper, consumers can exercise even more control over their online browsing experience. Instead of ads being a distraction or something to be ignored, consumers can now feel safe to ‘click and keep’ knowing their time and attention are respected.” Kurnit bragged that the service would be “bigger than Twitter” and that its button would be on “every ad on the Internet a year from now.”

How it was covered
TechCrunch declared it a “fresh take on how to engage with web visitors.” Business Insider (one of Kurnit’s investments) breathlessly described AdKeeper as a “huge new startup” that advertisers have gone “absolutely bananas” for. (Its otherwise glowing coverage allowed that the service was unlikely to catch on with the mass market, given consumers are “inherently lazy.”) Others (including Digiday, although due to a technical glitch, our story was among a batch that didn’t survive the archiving process) were more appropriately skeptical. Pando wrote: “After all, if there is one thing we’ve learned in two decades of online advertising, it’s that people definitely don’t care about saving ads.”

What happened
Sure, advertisers liked the idea — who wouldn’t want their own ad saved? But AdKeeper’s assumption that just as people tear out and keep print ads, they’d do the same online proved to be very, very wrong. Kurnit said 1 million ads were “kept,” but AdKeeper had only 200 users, per Betabeat. Kurnit said he still believes the habit of saving ads would come, if only the industry would adopt better ad formats that would have made them worth saving. “We made a bet that the industry would step up and improve unit size, creativity and in-ad interactivity, and that didn’t happen,” he said. “Today’s Internet advertising is certainly not worth keeping, and sadly, hardly worth looking at in the first place.”

Lee Maicon, svp of strategy for 360i, said the AdKeeper case illustrates the disconnect between the investment community and the marketing community. “In this case, the idea of AdKeeper was a good one –- that based on how consumers tear out and keep print ads, there was an opportunity to do the same in digital. However, it’s a behavior that wasn’t natural to digital and how people engage, so it didn’t work out to be a good bet for investors.”

Jeff Minsky, director of emerging media investment for Omnicom Media Group, said the backers put their faith in Kurnit’s stature as an Internet pioneer and didn’t consider the consumer experience. “To a large extent, a lot of people who have been in the VC valley world, it’s a very myopic view of society,” he said. “It’s an idea that might work with a select number of people but might not play with the masses.”

Two years ago, AdKeeper switched from keeping ads to promoting commerce with Keep.com, a Pinterest knock-off for fashion, accessories and design. Keep, it’s worth noting, is ad-free. Kurnit claims users have kept 10 million items in 2 million collections and an impressive cart size of $81.

What we learned
AdKeeper had a proven founder, lots of smart people and plenty of money behind it. Kurnit came with a lot of credibility after having sold About for $724 million. But desperate for a way to save online advertising blinded them to a simple fact: People don’t want to keep ads, for the most part, and certainly not banner ads. That said, AdKeeper was onto something, however. Ads have gotten more options beyond clicking, as the success of Facebook and Twitter placements in getting people to like and share ads have shown.