The Tablet’s Effect on TV 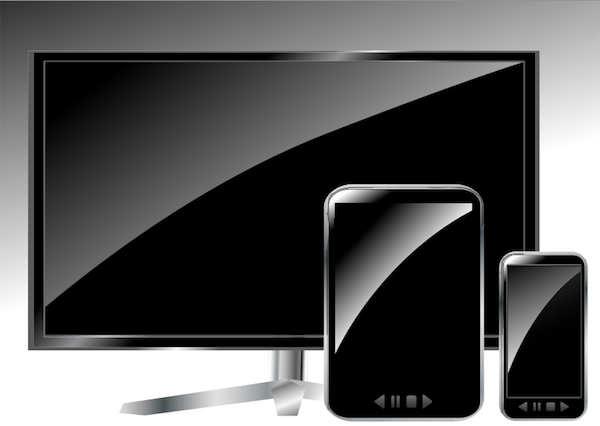 There’s some debate about whether multitasking viewers of TV programming are more or less receptive to the ads that flash by on the TV. It’s becoming clear, however, that when people view TV programming on tablets, they’re even more glued to the screen.

A StrategyAnalytics study came to this conclusion in a recent study. Caroline Park, senior analyst at StrategyAnalytics, explains why the tablet might open up even more effective TV ads since those watching programming on the tablet are far less likely to lose attention. In effect, the iPad locks in the viewer. Park explained the implications to Digiday.

Why do you think that people who watch TV programs on their tablets are more engaged than those who watch TV programs on TV?
There are multiple reasons. The first is when people go to the tablet, they already know what they are going to watch. There’s a task in mind. So either they are looking to watch last night’s episode of X or Thursday night’s episode of Y. It’s purposeful. When you are on TV, you are sort of browsing and not making an effort to select something. The programming is just on because it is on at that time. When using the tablet, this is their preferred device to multitask and to engage with second-screen activities. Because it’s the primary screen for that and they are instead watching TV programming on it, they are taking away the ability to engage with apps and such simultaneously, like they do when they are watching TV. So there are no interruptions. The third reason is that people have to focus on the tablet. When watching it, they are holding it so they need cognitive focus to keep it in place so they could actually view the content. You don’t have to do this with the TV.

Define what you mean by “engaged.”
They are paying more attention to what they are watching and are less distracted.

What does this mean for advertisers?
Well, it means that they can look at the way people are viewing television content on the tablet and figure out ways to take advantage of it. This is the time to engage them; when they are viewing content. Also, people are a lot more willing to view short clips than they are willing to watch full-length television commercials, so that’s a plus for the advertisers as well. That, compounded with them being more engaged, is an opportunity for brands to engage with them.

What does this mean for the cable networks/broadcasters?
It means that they need to think about the different ways in which people are now looking at video content and how it affects their behaviors surrounding that. We are talking more and more about social TV, and brands need to be spending on apps and websites to let people socially interact while they watch TV. People are viewing content more now than ever before on tablets. TV and tablets maybe not completely — but to certain extent are — mutually exclusive from one another. Broadcasters need to think of ways to use the tablet to engage consumers watching TV. This way if they are interrupted by something, it’s the broadcaster’s own content and not someone else’s.

How can the cable companies and broadcasters take advantage of the tablet opportunity?
We’ve known for years that people aren’t really paying attention to commercials. But there’s been research that shows that even if people are not paying attention, they are still able to recall stuff from TV spots. That might not be good enough. Maybe it’s time to think of some new ways to engage with people. Like every new situation there are pros and cons, and it’s important to look at the positives. Maybe having a tablet-marketing strategy could even help increase revenues for these types of organizations. The tablet itself could potentially help to make TV advertising more effective.