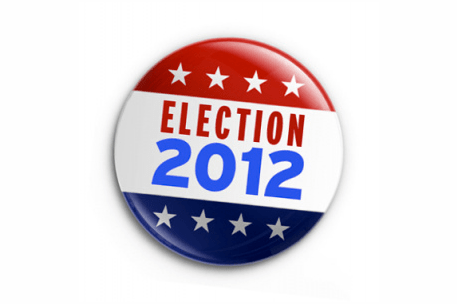 Presidential campaigns are gigantic marketing exercises. And like any good modern marketer, the Barack Obama and Mitt Romney campaigns have churned out massive amounts of content not intended for TV. The battleground moved beyond to TV to Twitter, Facebook, Tumblr, Pinterest and other platforms.

One of the content staples of this year’s campaign cycle is that of the infographic. Each campaign produced countless infographics, taking complex ideas and mind-numbing statistics and packaging them to an online audience that has a shortened attention span. Perhaps more importantly, the infographic and the twisting of information is digestible content that can be shared many times over on the various social networks. Subtle — and not so subtle — ways of persuading the electorate to choose one over the other have been studied for decades and now with the opportunities presented online, there are more ways than ever to persuade the persuadable.

The advantage of the campaigns creating online content is that it’s relatively cheap. At least compared to the TV ad — which costs money to produce and even more money to distribute. The campaigns spent more than $1 billion on TV ad spend (with more than one million ads) compared to $300 million online (which was more than double the total in 2008). With TV airtime all locked up in the final days of the campaign in swing states, the campaigns branched out online.

In the content creation department, Team Obama took to the online world like a fish takes to water, particularly Tumblr. According to Union Metrics, Tumblr’s analytics partner, in the last 30-days, Romney posted 33 times, receiving 17.8K notes from 15.8K curators, whereas Obama posted 191 times, receiving 555.7K notes from 319.4K curators. With a much larger Tumblr presence, Team Obama’s posts gathered more momentum than Team Romney. Indeed, Romney’s Tumblr averages 539 notes per post and Obama’s Tumblr averages 2,909 notes per post. These numbers have less to do with the content and more to do with the strategy each campaign deploys: Romney uses Tumblr as a straight-forward way of posting pieces of content, whereas Obama, while also posting a lot, interacts with the Tumblr community by taking submissions and reblogging others.

As part of our branded content series, we took a look at some entertaining and informative pieces of content coming from each candidate. If there were some pieces of content you think should be highlighted, please link to it in the comments. 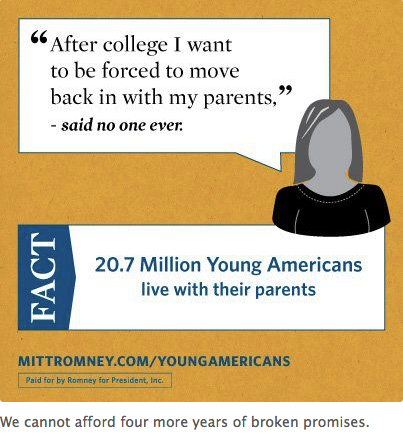 President Obama’s social media team responds to Clint Eastwood’s invisible chair debate with a cheeky image of its own. And distributes the image on Twitter, Facebook and Tumblr. (via Tumblr – ~134,000 notes) 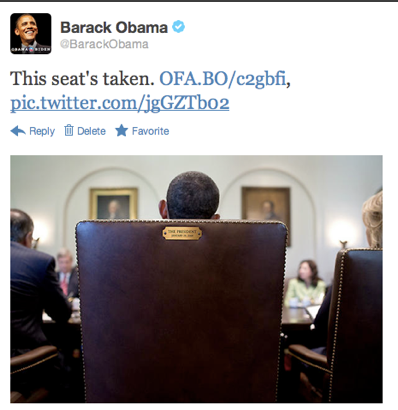 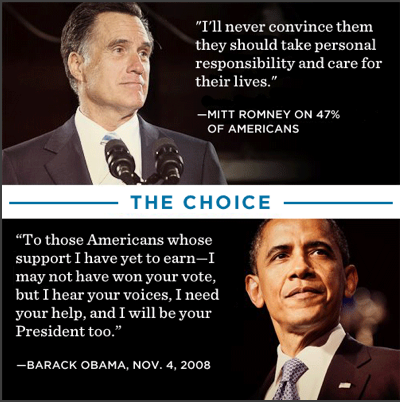 Both candidates love the infographic and visual displays of serious issues. Here are a few that each campaign used to drive home a talking point. These infographics, of the 11 billion, stood out to me because of the distillation of message and statistic into a pretty shiny object. 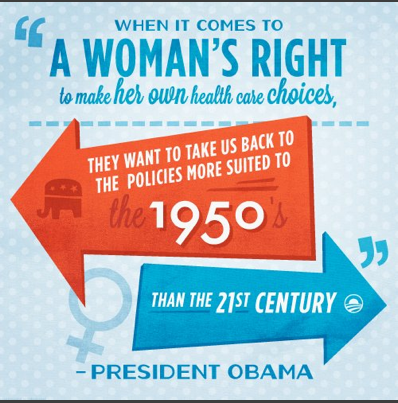 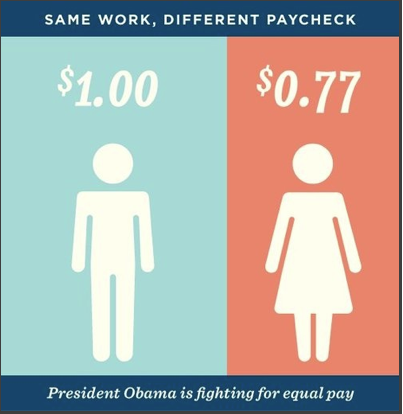 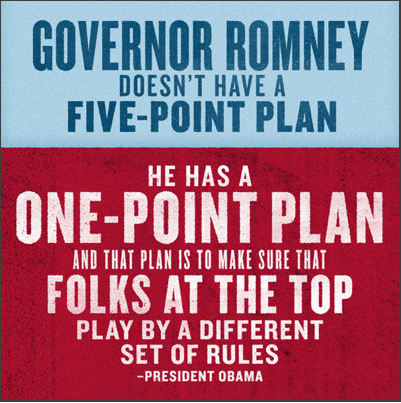 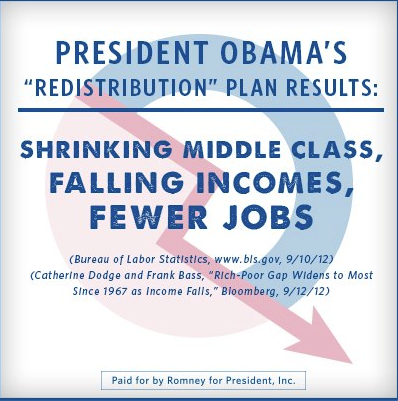 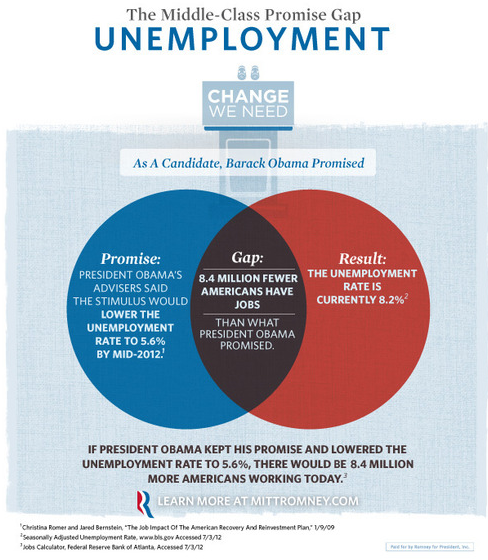 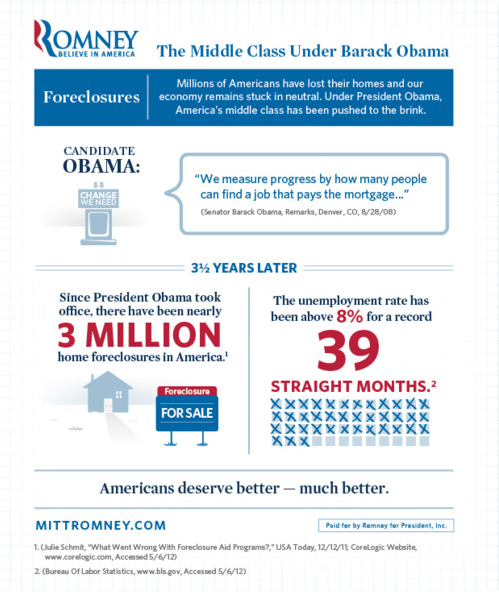 Then there are the GIFs, of which the Obama campaign seems to have dominated. I haven’t been able to find any GIFs created by the Romney campaign, so if you’ve seen them in the wild, please link in the comments. GIFs are great ways of expressing feeling, and Obama uses them to great effect. Here are two from Team Obama that hit on the ethos against Romney and then for Obama.

On YouTube each candidate has enough content to never let a person stranded on a desert island to get bored — a bit crazy, perhaps, but definitely not bored.

This video shows Ann and Mitt Romney’s “love story.” YouTube has proven to be a smorgasbord of campaign content. While there are tons of videos — both TV spots and made-for-the-Internet — the ones that tell a candidate’s story are the ones that appeal to me. This one gives voters a look at Romney the family man, softening his robot-like image.

This video shows Obama’s 2012 campaign launch. As an incumbent, running a campaign based on what’s been accomplished and what is planned for a second term is often a tight-rope act. In Obama’s launch video, we see people talking about the realities of the day — even some who say they don’t agree with him on everything — and not one appearance by the commander-in-chief. This is what makes this video interesting to me, how a sitting President launches a campaign on YouTube and isn’t even in the video.

All of this content means one thing: we’ve entered a new phase of political storytelling where each candidate is a brand and is creating content to hit the pathos, ethos and logos of the message. Instead of just TV and print ads or giant rallies, campaigns will now use the infographic or the GIFon social networks.