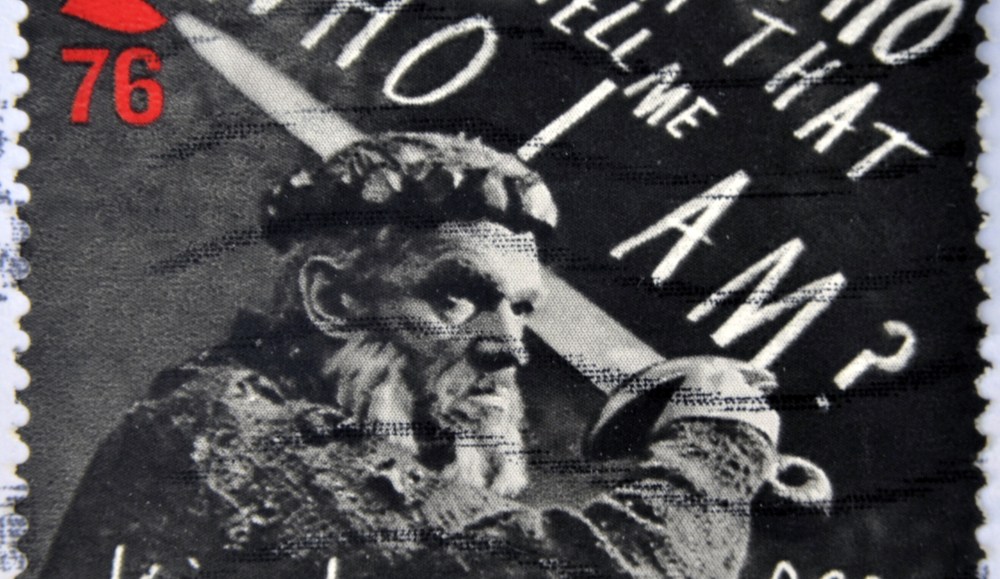 What does Wordsworth think about digital media’s struggles to demonstrate sufficient ROI?

The world is too much with us; late and soon,
Getting and spending, we lay waste our powers.

Fair enough, he doesn’t explicitly address ROI or the perils of “native” (at least in this poem), but he does remind us that we have “powers” that do not fit into the world of business. Literature, in general, can helpfully be thought of as a constant reminder of the vastness of life, which is particularly helpful when we’re scrambling to meet deadlines or to find ways to find some joy on decidedly dark days at the office.

Preferring misery to joy, Aristotle thought the take-away from “Oedipus Rex” was the audience’s recognition that at least we’re not as bad off as poor Oedipus. So, in your next interminable conference call, take a deep breath and remind yourself that at least you didn’t kill your father, sleep with your mother and then blind yourself. And there you’ll find the consolation of literature.

Wallace Stevens, the former vice president of the Hartford Accident and Indemnity Company, once wrote, “Reality is a cliche from which we escape by metaphor.” Of course, literature is a wonderful outlet to turn to, in lieu of a stiff drink, to forget our problems. But it also becomes part of our lives and can add what Wordsworth calls some “unremembered pleasure” to our hectic days.

Below are some shots of unremembered pleasure that have some bearing on the digital media world.

The Agency Creative Process
“As I am not going to milk my brains for a week, I shall here write the first pages of the greatest book in the world.”
–Virginia Woolf, “A Writer’s Diary”

Social Media Marketing
“What I would like to create is a book about nothing. … The most beautiful works are those that have the least matter; the closer expression hugs thought, the more words cleave to it and disappear, the more beautiful it is.”
–Gustave Flaubert, letter, to Louise Colet

Taking Risks
“Solitude ripens originality in us, bold and disconcerting beauty, poetry. But solitude also ripens the perverse, the asymmetrical, the absurd, the forbidden.”
–Thomas Mann, “Death in Venice”

Attribution and ROI
“So if you want to get rich quick you have either to be rich already or you must appear rich. To get rich here you’ve got to pull off something big, otherwise you’re just a petty thief, and then it’s goodbye! If among a hundred professions you might take up there are ten men who rise to the top quickly, the public calls them robbers. Draw your own conclusions. That’s the way things are. It’s no better than the kitchen, the stink is just as bad and you have to get your hands dirty if you want to cook something up; just learn how to get them clean again. That’s the only morality nowadays.”
–Honore de Balzac, “Pere Goriot”

Native Advertising
“He was not afraid of the natives. … After all, that was only a savage sight, while I seemed at one bound to have been transported into some lightless region of subtle horrors, where pure, uncomplicated savagery was a positive.”
–Joseph Conrad, “Heart of Darkness”

Building Authentic Brands
“We hope to have, before long, a board of fact, composed of commissioners of fact, who will force people to be a people of fact, and nothing but fact. You must discard the word Fancy altogether. You have nothing to do with it. You are not to have, in any object of use or ornament, what would be a contradiction in fact.”
Charles Dickens, “Hard Times”

Impactful Advertising Activations
“To blow this horn was for me a real pleasure, almost a vice. I will go further and declare that if I were obliged to record, in a roll of honour, those activities which in the course of my interminable existence have given me only a mild pain in the balls, the blowing of a rubber horn—toot!—would figure among the first.”
–Samuel Beckett, “Molloy”

Creatives and Awards
“The artist, like the God of creation, remains within or beyond or above his handiwork, invisible, refined out of existence, indifferent, paring his fingernails.”
–James Joyce, A Portrait of the Artist as a Young Man

The Promise of Programmatic Premium
“For poetry makes nothing happen: it survives
In the valley of its saying where executives
Would never want to tamper”
–W.H. Auden, ”In Memory of W.B. Yeats”

Third-Party Cookies Regulation
“In this very attitude did I sit when I called to him, rapidly stating what it was I wanted him to do — namely, to examine a small paper with me. Imagine my surprise, nay, my consternation, when without moving from his privacy, Bartleby in a singularly mild, firm voice, replied, “I would prefer not to.”
–Herman Melville, “Bartleby, the Scrivener”

Agency Life
“Futile pursuits and conversations always about the same topics take up the better part of one’s time, the better part of one’s strength, and in the end there is left a life clipped and wingless, an absurd mess, and here is no escaping or getting away from it — just as though one were in a madhouse or a prison”
–Anton Chekhov, “The Lady with the Pet Dog”

Brand Lift
“The man who makes an appearance in the business world, the man who creates personal interest, is the man who gets ahead. Be liked and you will never want.”
–Arthur Miller, “Death of a Salesman”

Switching to the Brand Side
VLADIMIR: What do we do now?
ESRAGON: Wait.
VLADIMIR: Yes, but while waiting.
ESTRAGON: What about hanging ourselves?
VLADIMIR: Hmm. It’d give us an erection.
ESTRAGON: [highly excited] An erection!
–Samuel Beckett, “Waiting for Godot”

Agency-Client Relations
“Thou must be patient. We came crying hither.
Thou know’st the first time that we smell the air
We wail and cry.”
–William Shakespeare, “King Lear”