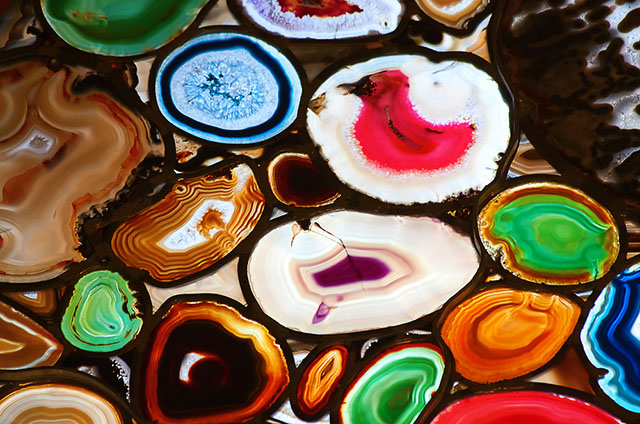 This is the third article of a four-part series exploring the characteristics of the CMO of the future, brought to you by [x+1]. In future installments, we will profile other digital leaders at brands.

Linda Boff is an experimenter. The exec, who is spearheading GE’s ambitious forays into all forms of digital media, set up a mini science museum in her closet as a kid, where she showcased small collections of rocks and little gemstones.

That same intellectual curiosity still lives in her today, and it’s evident when looking at her work at GE because she’s constantly taking risks and trying new, bold things. It was Boff that committed to original photography for Instagram just five months after it launched. And she also completely overhauled GE’s digital marketing strategy last year to focus more on storytelling and interesting content.

GE has put its heritage of innovation — it was founded by Thomas Edison, after all — at the heart of its marketing. It has a complicated story to tell, with divisions that build wind turbines to household appliance repair. To tie it all together, GE has pushed its role as innovator. Digital media has become a prime outlet for its storytelling, which under Boff has taken varied forms.

About a year ago Boff had an idea to take GE labs out of the labs and show people what was going on there in interesting ways. That was when the idea for GE Garages was born. GE created a garage of sorts at SXSW to celebrate modern prototyping and manufacturing processes. It was a great success. But this idea was something Boff had to pitch three or four times before it was approved.

“As a marketer in the digital space having a first-mover mentality and smart experimentation strategy is important,” Boff said. “You need to take risks for what’s right for your brand. For GE, innovation and experimentation is at our core. Our founder is an example. It gives us all that added sense that we need to innovate everyday.”

Boff understands that great ideas can come from anywhere within the organization, from the youngest assistants, all the way up the corporate food chain. Jon Lombardo, head of GE’s social media center of excellence, who works under Boff, said that the thing he admires about her most is the fact that she gives credit when credit is due.

“I’ve come across very few senior people in my career who are so willing to support you both during and after a program,” Lombardo said. “She’s always giving credit to the team and that just makes you want to do a good job.”

That means having a bias toward action. It’s easy for a huge organization like GE to get bogged down and move slowly. That’s deadly in today’s digital climate, where high-metabolism marketing is a must, not an option.

“I’m impatient,” Boff said. “When we have an idea, I like to see it brought to life. Speed matters in our world. We are a big brand, yes, but we can’t let that get into the way.”

Those who know her say that Boff is fearless. Unlike a lot of Gen X marketing executives, Boff isn’t afraid of what’s coming. That means taking risks. At first glance, for instance, the match between a staid company like GE and The Barbarian Group would seem odd. The team of TBG CEO Ben Palmer, a lanky creative with tousled hair and a penchant for saying “awesome” repeatedly, and the buttoned-up Boff would seem unlikely. Yet, in fact, they think remarkably alike.

“She’s ambitious and also very interested in what’s going on and in experimenting and seeing what happens next,” said Palmer. “She gets that things are going to be changing all the time and unlike other people I talk to, I don’t sense any fear [from her]. She gets that we have turned something on, by entering digital and social, and we can’t turn it off now. People are doing digital, but they don’t like that things are changing, and I sense the fear in their heart that things are not going to be the way they used to be.”

When she was promoted to executive director of global digital marketing last June, Boff took the company’s marketing in a whole new direction. Her vision of storytelling isn’t confined to a 30-second spot. Things are changing. That means telling stories differently. TBG’s Palmer and a colleague decided to do a test. They visited 15 different places operated by GE and blogged about it. The content lived on a GE microsite, which, without any promotion whatsoever, got 25,000 hits. This was Boff’s “aha” moment, which set GE on a different path.

“What fuels me is energy and optimism,” Boff said. “I believe in what we are doing. I truly believe we are pushing the envelope.”