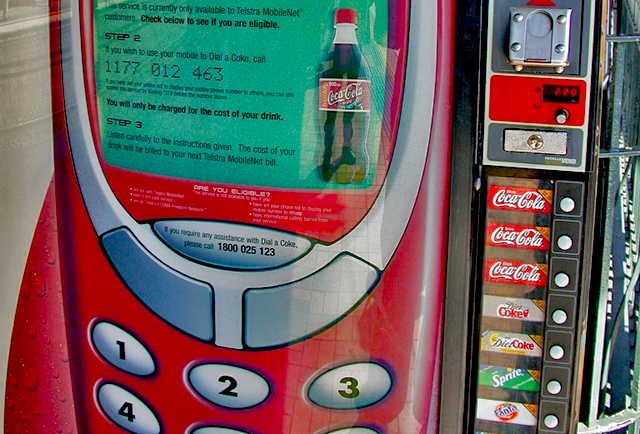 There’s no doubt that Coca-Cola is mobile marketing’s true believer. The company got into mobile long before there even was an iPhone and has been evolving it’s approach ever since. It’s even been ahead of its time, like in 2007 when it launched the Sprite Yard as a mobile social network. That effort fizzled.

But there have been hits along the way too. Today, Coke has one of the industry’s largest SMS databases of fans that it can talk to on an ongoing basis. It considers mobile for every single program it creates. Take Coke’s London Olympics digital activation, which was supported by mobile. The point of the effort was to engage teens with musician Mark Ronson. Coke created content in the form of a video documentary, following Ronson around as he met with various Olympic athletes for inspiration to create music. He used the sounds of ping pong balls, gymnasts flipping and other athlete sounds to create a beat.  Coke created a complementary mobile app where users could download Ronson’s beat, remix it, make it their ringtone and share it online. The campaign and the complementary app was a big success, although Coke would not share numbers.

According to Tom Daly, group director of global connections at Coca-Cola, Coke has learned that SMS, mobile Web, apps, video, location and on-package barcode activations are the mobile channels working best for the company on a global level. These are Coke’s biggest bets in mobile for 2013. It’s not high on mobile advertising and QR codes.

“This is what works around the world,” Daly said at Mobile Marketer’s Mobile FirstLook: Strategy 2013 conference in New York. “We get the most value out of these [mobile] channels for the most people in the most places. We’re global and so we need to think about making sure that what we’re doing in mobile will work in all of out target markets.”

Here’s what Daly said Coke’s learned along the way:

1. Mobile is more than a channel
Mobile needs to be considered for every single program that a company does. It needs to be integrated into all that a brand does, because it is one of today’s most important touch points. We all know consumers are armed with their mobile devices wherever they are, and brands need to be tapping into that.

2. Get a roster
The majority of brands are still partnering with agencies and vendors on a program-by-program basis, Daly said. That’s not going to work in mobile. Brands need to figure out who their partners are going to be over the long-term. One-off efforts don’t work anyway. There needs to be an ongoing mobile strategy and an ongoing partnership.

3. Connect everything
Mobile doesn’t work well on its own, Daly said. It needs to be connected to everything else going on in the business from a marketing perspective. Any digital, out of home, print, TV and social programs should also have a mobile component and all the channels used should complement what the brand is trying to do.

4. Simplify
Simplicity in functionality, in call to action, even aesthetics, will win at the end of the day. The consumer path to purchase or path to research, whatever’s relevant to your business, should be as easy as possible. People don’t like to waste their time. They want to get in and get out.

5. Differentiate mobile
The mobile experience should be very different than what consumers get from you online. They are in a different state of mind. They have different needs when they are mobile. According to Daly, responsive design isn’t the way to go. You need to actually think of a separate, customized mobile experience, otherwise your not giving your consumers real value.

6. Don’t duplicate
Don’t use five mobile channels for the same purpose. Mobile video, for example should be about branding, apps for loyalty, and the mobile Web is for getting found. Focus on the things that have different outputs, Daly said. There’s no point in investing all of your mobile resources just for branding. Mobile has more opportunities than that.

7. Go beyond apps
Brands are constantly creating apps just to check off a box. Even Coca-Cola is guilty of this. The brand, according to Daly, probably has well over 100 apps, and only a handful are really good. Users in the app stores rate the majority of Coke apps with two to three stars. “It’s funny because we aren’t in the business of producing two-star TV commercials,” Daly said. “I don’t think we have produced the app that people will talk about for the next couple of years.”

For 2013, Coca-Cola is focusing its efforts on learning how to scale some of the things it did in 2013, like content on mobile, mobile transactions and the link between real-time optimization and local teams. Daly said he believes the company may have even missed out on a few opportunities with SMS.

“For 2013 we’ll be focusing on managing the present while inventing the future,” Daly said.