The Brand View on Vendors 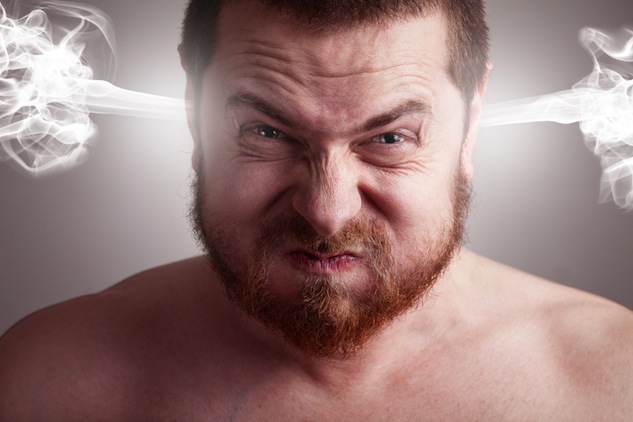 Anyone who has seen the (in)famous Luma chart knows there are a lot of vendors out there promising the latest and greatest in technology. That means competition is fierce for the attention of agencies and especially brands themselves.

Brian Maynard, director of marketing for Jenn-Air at Whirlpool, knows this all too well. He once was at a trade conference when a female vendor salesperson followed him into a men’s room. Unlike many brands, Jenn-Air vets its vendors on its own, rather than offload the gory work to its agencies. Maynard shared with Digiday some of his experiences with vendors, ranging from frustration with one-size-fits-all sales pitches, over-aggressive sellers and the deluge of vendors.

What’s your biggest frustration with ad tech vendors?
It’s the one-size-fits-all mentality. I have something to sell you, and it doesn’t matter what it is, you must like it. They don’t do their homework. They don’t know who my target is. They don’t know what’s important to me. I get pitches where they don’t even spell my name right or the brand’s name right. And honestly, it’s laziness in my eyes. I’m automatically turned off.

How should companies go about pitching brands?
Do your research. That means looking at my existing ads and how I market the Jenn-Air brand and figuring out how your technology or service can help complement that. Our target is upper-income women, 35-44 years old. They are highly educated, and their home is important to them, and cooking is important to them. Please understand that I am not going to buy sponsorship where I give away a free range oven every time a home run is hit in a baseball stadium. I’m really surprised at the number of business-development people who reach out and make their pitch — and, let’s say, I have a conversation with them and say I’m not interested, they’ll get aggressive with me. Some pretty much tell me I am dumb for not seeing the opportunity with what they’re selling. I have actually told people they have overstepped the boundary. Why do they think getting aggressive is going to make me turn? That runs completely against human nature.

How bad is it?
I can tell you that every day, every single day, I receive somewhere between 50-75 touches from someone wanting to sell me something. I get phone calls, emails; they even mail me letters. Of the 50-75, I maybe get to look at 25. They all say the same thing: “Can I get 30 minutes of your time?” If I did 10, I would not have time to do my job. I’ll get people following up five times. If I am not answering you on the second attempt, I’m not interested. I am not trying to be rude, but I just don’t have the time. The best is the emails where the person is pitching everyone in the industry. The brand will be mentioned three times in the email, and they’ll only change it to “Jenn-Air” in two places. So the last line of the email is, “And that’s why this would work for Kitchen Aid.” Why on earth would I respond if I know you’re pitching my competitors too? Oh, and by the way, if the subject line says that you can increase my sales by 38 percent, I’m not even going to open that email. At least five times a year, I get a package with a tape measure in it that says, “See how we measure up.”

Is it all bad, or are there companies that are doing a good job?
Well, of course, some companies get creative. Sometimes they are clever. They mail something really cool. For example, I was being pitched to sponsor auto racing. I got a box in the mail with a lug nut from a racecar and a card with a URL. Even though auto racing isn’t something we’d usually consider, the package got me curious. I entered the URL and saw that it was created just for me. This was something done really well. Fifteen minutes later, I got a call from a sales person, because they knew I had visited the site. I don’t answer my phone because 90 percent of the time, it’s someone trying to sell me something. Several years ago I had an agency send me a box before a trade show. There was a portable DVD player inside that said, “Play me.” It was a fizzle reel on the agency. What I thought was fascinating was they were already the AOR for our competitors. And they used that fact to try and woo me. I’d never go to a competitor’s agency. They never followed up though. Once in a while, there’s someone that will do that.

Is Whirlpool big on experimenting with new technology in the first place?
Most large corporations have an experimental budget. But it’s a different time right now. The economy makes it very hard to set aside an opportunistic fund. But to a certain degree, they do exist. The times have brought companies to a place where marketers have to explain everything. So more and more, it’s becoming difficult to say, “Yeah, I’ve 10 percent set aside in case something comes up.” Those higher up are looking for ROI. If you can’t say, “We’ll see x, y and z from this,” they aren’t giving you this money. Coca-Cola talks about this 70-20-10 rule. They save 10 percent for experimentation. But Coca-Cola’s budget is huge compared to mine, and they could afford to do that.