‘The audience potential is huge’: Why DTC drink ware brand BruMate is taking a second look at SMS marketing 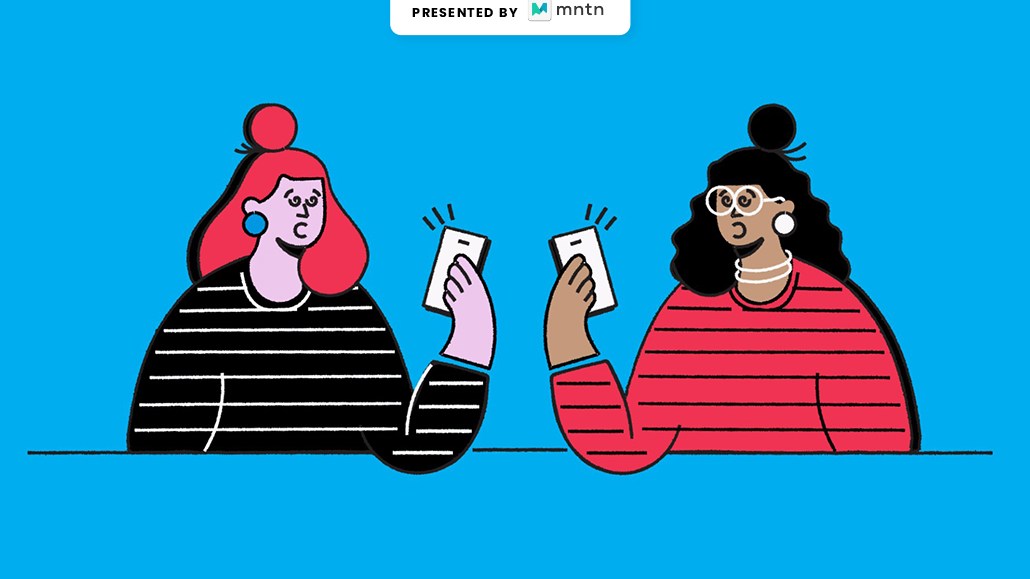 Direct-to-consumer drink brand BruMate is doubling down on its SMS-based marketing efforts. The company is doing so in hopes to scale, diversify its media spend, offset the impact of data privacy changes and better retain customers — and it’s a play that other DTC brands are starting to follow.

The DTC brand originally started its text message marketing effort in 2019, three years after its launch, as a way to capture email addresses and phone numbers as users sign up to receive marketing communications and promote product launches. But in light of iOS14 cracking down on targeting and rising costs in a saturated social media landscape, BruMate has given SMS marketing a second look, said Kyndal Shewmake, senior director of marketing.

“We’re moving away from being so heavily reliant in our ad spend on paid social,” she said. “The most growth we anticipated this year was through influencer [marketing] and SMS, and that’s where we’ve been investing more.”

At present, BruMate’s SMS efforts take up anywhere from 10-12% of ad budget, up from 5% this time last year, according to Shewmake, who declined to detail dollar amount. The current strategy encompasses product launches and promotion, cart abandonment messages that nudge digital shoppers toward final checkout, and other messaging related to shopper purchases.

It also doubles as a way to get insight into BruMate customer shopping habits to inform marketing strategy and create repeat customers. The most loyal BruMate customers can expect SMS-based communications up to once per week, said Shewmake.

“We’ve been able to turn a lot of that new traffic into customers through a smart strategy for capturing customers [through] text,” she said, noting that return on investment for SMS is higher than any other channel currently employed by the drinkware brands, which sells products such as coolers, tumblers and travel mugs.

With the new direction, SMS marketing has become BruMate’s largest sales channel, even outpacing email, largely contributing to the brand’s reported significant year-over-year online sales growth. While Shewmake declined to offer specifics, she did say SMS efforts made up next to nothing for 2019 online sales versus “now it makes up the most significant share of revenue across all channels.”

According to Shewmake, channels like paid social and email marketing have contributed to driving traffic to the BruMate site, but SMS marketing efforts “have been a key driver converting those sales.”

SMS-based marketing has become a highly sought after marketing channel as advertisers continue to look for new ways to get in front of online shoppers. As digital real estate becomes harder to find at a cost effective price and data privacy measures ramp up, brands like Peace Out Skincare and direct-to-consumer wine brand Usual Wines have already launched SMS efforts.

Ecommerce email marketing and SMS platform Omnisend recently reported that this year, their clients are projected to send more than three times the number of SMS than last year in an effort to start collecting shopper information like mobile phone numbers with the looming threat of iOS14 data privacy changes.

“Everybody has a phone,” said Ryan Brelje, senior product marketing manager at cross-platform marketing platform Iterable. “The audience potential is huge. There’s a ton of reach across the globe. If you’re already sending email and already seeing how [shoppers are] browsing, it might make sense to integrate SMS as a specific touch point to bridge those continuity gaps.”

However, it’s not a replacement for email marketing, warns Duane Brown, founder of performance marketing shop Take Some Risk, noting that text message-based marketing offers limited real estate in comparison to an email and tends to be more informal.

“We use SMS as a different channel than email but it also compliments what you are doing on email,” Brown said. “You should give your customers the option and let them use the channel they prefer to communicate with you.”

Ahead of Q4 and the holiday shopping season, advertisers are on the hunt for new marketing channels. And per Brown, SMS can serve as a supplement to an advertiser’s media mix, but he warns advertisers to tread carefully. “If someone has given you their email or phone number to communicate with them. Don’t blow it and spam them,” he said.