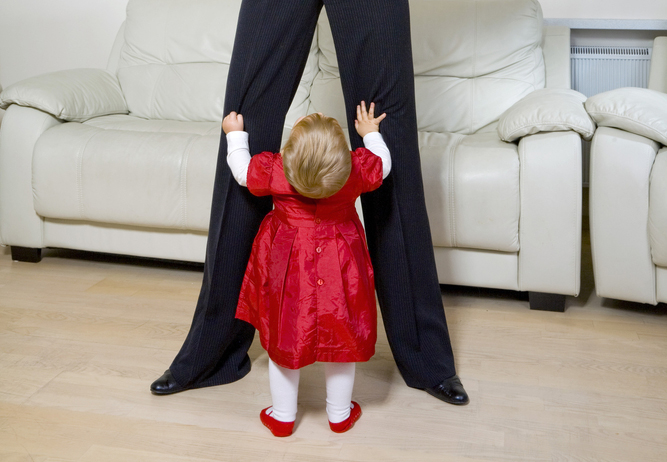 One thing that Alessandra Lariu has learned from being a mother in advertising is how to pump breast milk while on a client call. It involves muting her phone so that others don’t hear the pumping, carefully listening, and quickly un-muting when she wants to speak, then quickly pressing mute again, all while operating the breast pump. This is a two-hand operation, needless to say.

Welcome to the world of being a mother in advertising. That’s just one example of many of how women in advertising with children have to constantly multitask in order to be productive at work and home. This isn’t unique to the ad world, yet there are specific challenges that mothers at agencies face. The industry rewards long hours, expects employees to be at the beck and call of clients at all hours, demands a good deal of travel and is still very male dominated. Mothers, therefore, have a lot to tackle. This is all while dealing with the pressure and anxiety of trying to pull it all off seamlessly. It’s not so much a balancing act as it is a juggling performance.

Digiday spoke to a group of experienced female ad execs with children to better understand what kinds of challenges they face as mothers in advertising and how they’ve adapted to meet those challenges. 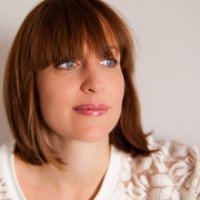 Alesandra Lariu, co-founder, SheSays
Lariu spent time building a successful career in advertising, with top positions at places like McCann, AKQA and Agency Republic. She was named one of Fast Company’s most creative people in business in 2010 alongside people like Lady Gaga, Spike Jonze and TED’s Chris Anderson. While she was still working in the agency world, Lariu helped found a group for women in advertising to connect and help each other called SheSays. She was sick of being the only woman in the room and at advertising awards shows. SheSays quickly grew to become her full-time job. Now, SheSays is an award-winning organization that offers mentorship programs, digital courses, awards shows, and career recruitment and management services all for women. It has 8,000 female members from all over the world.

Like many women in advertising, Lariu waited until she had checked off certain goals before she became a mother so that she wouldn’t feel frustrated about stalling her career.

Lariu said she’s seen women with children getting overlooked for promotions and one mother who even had to call in a lawyer. She wasn’t about to get overlooked. Lariu recognizes that this is an intensely personal choice and that everyone is different, but for her, this was the best route to motherhood. Now Lariu, at the age of 40, with a six-month-old baby, has the ability to give herself some flexibility as the head of her own company to both work and handle childcare. For her, the most stressful thing is figuring out travel. But other than that, she says being a mother has made her more focused and extra organized.

Lariu thinks there should be more agencies run by women, because women are such hard workers and also understand the need for flexibility.

“The more women running agencies the better,” said Lariu. “And childcare and family should not be onesided. No one she be looked down on for leaving early to get their kids, man or woman.” 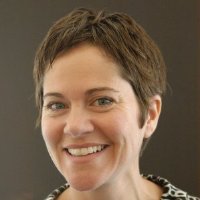 Kari Niles, creative director, Razorfish
For many women, the difference between one child and two is a big one. When Kari Niles had her second child at age 39, she decided to take a step back from her career as a creative director at Razorfish. As Niles explained, she was “freaked out.” She wasn’t sure she’d be able to work as much and be there for her two children, so she made the tough call of family over work.

Creative departments are notorious not just for their long hours but their unpredictability. Working late is one thing, but not knowing until the last minute when you’ll need to is quite another. So Niles downshifted her career. She took a less demanding position as a copywriter for a fashion brand, part of what she saw as a “a recipe for sanity.” But Niles soon realized she missed the challenges of her old job and agency life, and after a year, went back to Razorfish where she now has over 10 years of experience.

For Niles, prioritization is the key. It’s about paying very close attention to her schedule and making sure that she makes the most of all of her time — turning down some meetings is a part of that. Niles, who lives in New Jersey, also explained that she uses her commute to make up for lost time and schedules calls then and checks emails. She makes sure to be home by 6 p.m. everyday to have dinner with her family.

“Sometimes there will be a typo in a presentation, and sometimes your kids will have two different colored socks on,” said Niles. “It’s a big game of whack-a-mole. Whether it’s a client who feels underserved or a kid who is behind in reading.” 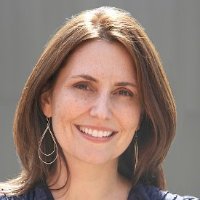 Phyllis Dealy, partner, Woods Witt Dealy & Sons
While many expectant mothers look at pregnancy as a time to get through and worry about getting back to work for fear of being overlooked or treated differently, Phyllis Dealy has always cherished her pregnancies as a time of creativity that should be embraced. Dealy has four boys at home and is now a partner at an agency she helped start: Wodds Witt Dealy & Sons.

“I experienced this creative surge when I was pregnant,” said Dealy. “Growing that life inside you: That is a creative experience and it can be a really wonderful time in your career. We should tap into that.”

When I spoke to her one afternoon around 4:30 p.m. she was driving her kids home and answering my questions while taking moments to break up a fight and address some crying in the backseat. Dealy often leaves early to pick up her kids from school. But as she acknowledges, there are some times when travel or deadlines make flexibility impossible, and sometimes work does have to come first. However, she and other women agreed that if a company doesn’t let you be a mother, then that’s not the right company for you.

Dealy helped found her agency in 2007. At that point, she had two kids already and wanted a third. A year and half into starting the new agency, she had her third. When Dealy was pregnant with her fourth child and shared the news with one of her partners, she had to teach him how to react. “He just held up four fingers, and he stood up from the table, walked to the door and turned back toward me holding up the number four with his hand, ‘How are you going to do four?’”

As Dealy explained, she stayed calm and said, “Let me help you out here. First, you say ‘congratulations.’ Second, you ask, ‘Are you healthy, and is the baby healthy?’ Third, you say, ‘That’s going be great, Phyllis. We’ll totally figure this out.’” Dealy said he stood there stunned for a moment and asked for a minute and then came back smiling and repeated the script that Dealy had proposed word for word. Dealy said she knew he meant it, too.

What Dealy has done isn’t easy. Many women drop out of advertising before they can make partner. But what has helped Dealy stay on top of being a partner and being a mother is setting boundaries. She was very upfront with her partners about her desire to have more children and laid out exactly what she would and wouldn’t be able to handle during her pregnancies. Her partners soon realized that her being a mother wasn’t an issue.

“Know your value, and be confident. You have to know that you make a difference and that you are an important part of the team and can still make a difference even if you aren’t at the office 24/7,” said Dealy. “Really, think about what’s important to you, know what’s too much for you, and define that upfront as much as you can.” 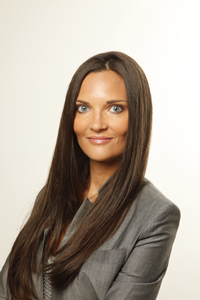 Lauren Crampsie, global CMO, Ogilvy & Mather
Success can come at odd times. Lauren Crampsie was promoted to her current role of global CMO at Ogilvy when she was four months pregnant with her first child at the age of 31. The high-energy, competitive Crampsie isn’t one to sit back. She is always on the go as CMO of a large agency.

“The advertising culture is so tenuous in terms of hours spent in the office, and you are always on: You always have to be on your phone or iPad or computer,” lamented Crampsie as she sat in her car service on the way to the airport for her first international trip since her now 11-month-old son was born. “How do I remain always on for my company and always on for my son?”

She wakes up early with her son at 5 a.m. to spend time with him before she goes to work. She works from home at different hours of the day but makes sure to shut down for a couple hours to focus on her son.

It’s clear that they don’t have it easy, but they are handling it the best they can. After speaking to these women and others not profiled about their experiences, what seems to be absolutely imperative for mothers in this industry is confidently setting boundaries, being flexible and resourceful about how and when work gets done, and not letting the pressure or desire for perfection take over. While all of these women have made it to the upper ranks in their careers in advertising, the fear that many women have of being overlooked or treated differently because they are mothers isn’t unfounded.

“I don’t have enough fingers and toes to count the times I’ve seen it happen to women. It’s rampant in this business,” said Dealy. “The reason that women are afraid to get up and leave when they need to is because they feel it; they aren’t making it up. It’s totally real, even at higher levels.”