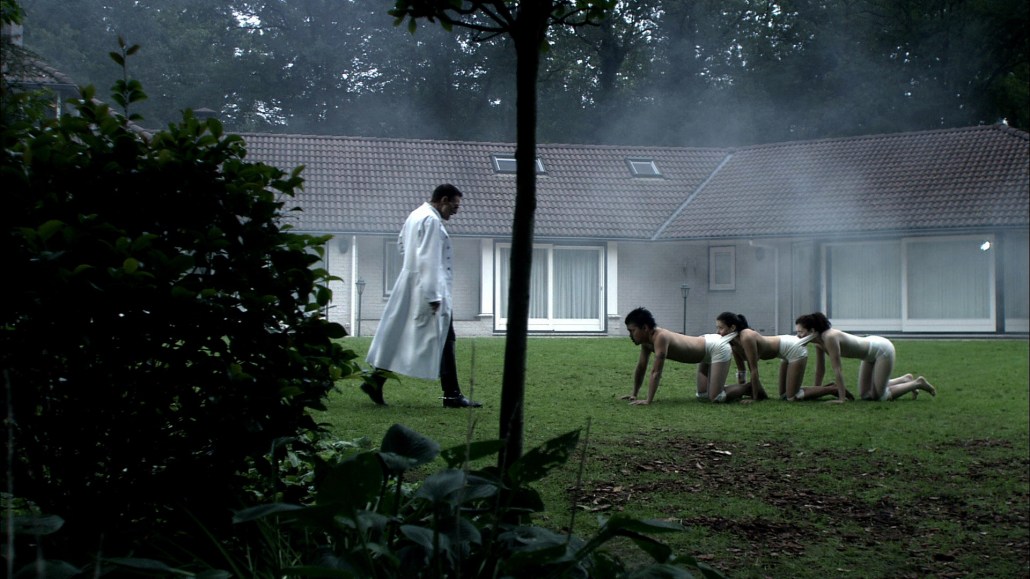 What does horror movie “The Human Centipede” have in common with the ad industry? According to two ad guys at agency Cornett, Whit Hiler and Jason Kaufmann, a whole lot.

Last Halloween Hiler and Kaufmann created a graphic infographic called “Ad Agency Human Centipede,” which uses the horrifying idea of a “Human Centipede” as an analogy for agency workflow. (If you don’t know what the a human centipede is, count yourself among the lucky ones and don’t Google it.)

For example, to produce a promoted tweet, the brief first fed to the account planner (the one lucky one who doesn’t have to get his lips sewn to anyone’s rear-end), then passed on to the director of innovation, who then digests it and passes it on to the chief visionary officer, who then passes it to the social strategist and so on down the agency human centipede line. See how delightfully well the analogy works?

“I’d seen all the online buzz about it and ran across those horrible illustrations, and for some reason when I saw those illustrations I just thought workflow, ad agency workflow from brief to tweet,” explained Hiler, who hasn’t actually seen the horror film in question — he doesn’t think he can handle it. “I think it’s hilarious how the work comes out of the butt, that’s my favorite part.

“The Human Centipede” horror flick has a sequel, so naturally Hiler and Kaufmann came out with their second installment, “Human Centipede of Advertising Infograph Part Two,” which takes into account new trends in advertising, like native ads and real-time marketing.

As Hiler sees it — and as the agency centipede images demonstrate — the biggest obstacle to efficiency at an agency is often the old problem of having too many cooks in the kitchen.

Check out the graphic infographic below. If you are up for it.