SXSW: Why Many Startups Ignore Advertising 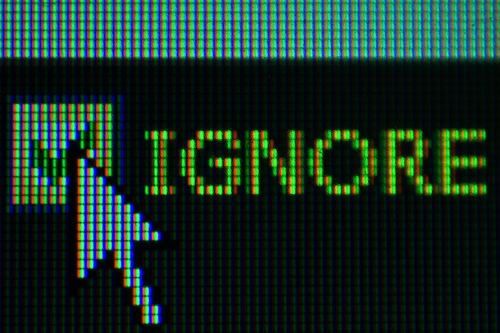 The Uneasy Relationship of Advertising and Startups
South by Southwest is the place where two worlds collide: advertising and tech startups. These two sides need each other, in theory. Yet in reality they remain far, far apart.

The oddity of SXSW is you have agencies and brands that are now fairly obsessed with startup culture while startups don’t like advertising. On the advertising side, startups have the appearance of vitality and change in digital media that both brands and agencies deal with every day.

On the startup side, it is more mixed. Many express a distaste for “ugly ads.” This seems strange since these companies typically have advertising as a key component of their business models. The simple fact is that many startups at SXSW aren’t built for the long haul. They’re built to be flipped. Their funding isn’t really through the digital media system but from venture capitalists. That means a successful SXSW for most startups isn’t connecting with the brands and agencies critical to their long-term business success. There is no long term for these outfits. Instead it’s about capturing the in-crowd buzz and impressing venture capitalists until the flip.

The ultimate irony is that eventually people at startups will end up selling sugary water, too. Most startups will fail, and those that do succeed will be bought by companies like Facebook and Google, which are enormous advertising businesses.

Brands as Publishers
“Red Bull thinks of itself as a media company that sells energy drinks rather than ads,” Noah Brier, co-founder of Percolate during a panel on content curation.

Agency View: Rachel Pasqua, executive director of mobile, Organic
A few trends at SXSW 2012 painted a clear picture of where digital is taking us. Some were prevalent on stage – e.g. HTML5 and responsive design, geolocation and content strategy. Others you had to experience hands-on – e.g. NFC concepts from Isis and convergent and connected physical spaces from Pepsi. As marketers, we’ve clearly accepted that the future of media is localized, personalized and multi-platform. The real question is, when does this filter out and become commonplace for the rest of the world? Because media professionals reached the tipping point a long time ago. When the moderator of my roundtable today asked for “great soundbites” there were blank stares all around until he said “make your responses tweetable.” Our whole vernacular is different now and I think that this is the year where we start to see these changes take place on a larger scale and become more commonplace for everyone else.

Agencies Take SXSW
The common view of SXSW is the place is crawling with agencies. It’s hard to go far without running into agency people. SXSW is large enough that there are several camps that develop. Agencies have their own distinct camp, one that seems to barely cross over with the more techie side of SXSW. It turns out that agencies aren’t necessarily sending more people to SXSW, however. Blogads did an analysis of attendees and found the level of agency registrants has pretty much held steady. Digitas takes the cake, with a contingent 79 strong here. Ogivly comes in second with 67. See the full breakdown at the Blogads blog.

Passive Location is Creepy
Some of the startups making the biggest waves here at SXSW this year are in the passive geo-location space. Apps such as Highlight and Glancee use your smartphone’s GPS signal to connect you with other users nearby in real-time, based on your common friends and interests. But while agency folks are abuzz with the opportunities these types of products could present brands and retailers, they’re also quick to point out the privacy questions they raise. Words like “creepy” and “weird” are frequently used to describe the technology, for example. And one thing’s for sure: if agencies and marketers think it’s creepy, large numbers of consumers will, too.