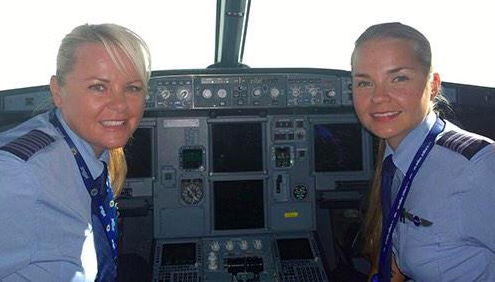 The Patriots may have lifted the Lombardi Trophy last night, but in brand land, deciding the winners and losers is a little more tough.

As expected, like last year, many brands chose to talk to each other on Twitter, hoping that some brand-on-brand action might garner the attention they desperately need in the absence of a seminal moment like a blackout.

In fact, McDonald’s made talking to other brands (or, sucking up to them) the core of its social strategy. The brand spent the whole game sending garbled, confused responses to every marketer that was advertising, along with a message to fans to RT its tweets for a chance to win prizes from cars to movie tickets.

There was also plenty of action happening off Twitter. This was the year Facebook tried to make itself the home of real-time marketing, with mixed results. YouTube also tried to compete with Katy Perry and her giant Trojan lion, presenting its own halftime show.

Some first-time advertisers’ bids for winning consumers’ hearts paid off. According to a pre and post-game survey by ad tech company Fluent, brand recognition for mophie, Wix and Loctite increased by 36.5 percent, 8.70 percent and 14.3 percent respectively, after they premiered their spots.

Below, we present the winners and losers of Super Bowl 2015. For a more comprehensive look at what happened during the game, check out our live-blog from last night.

Winners
1. Always: P&G’s spot aimed to redefine the phrase “like a girl” and touched all the right chords, with nearly 270,000 mentions of the hashtag #likeagirl in the past 24 hours, according to Topsy, and over 337,000 tweets about the commercial, according to Spredfast. Other brands, including JetBlue, even chimed in.

2. Twitter. The social network remains the place to be for real-time marketing and the people who love to snark on it. The service saw 28.4 million global tweets about the Super Bowl during the live telecast, making it the most tweeted Super Bowl ever.
3. Audi, which sat out the Super Bowl on television this year, won Twitter with this snarky bit of fact-checking aimed at its competitor, BMW, who had just aired a commercial featuring Katie Couric. According to social marketing platform Spredfast, the tweet got 26 times more retweets than the average tweet from the brand.

4. Budweiser. The beer brand kept the puppy quotient alive for the second year in a row, tugging on everyone’s heartstrings with an adorable spot about a lost puppy. The commercial attracted more than 2.1 million shares across Facebook, Twitter and blogs, according to data from video ad tech company Unruly, making it the fourth most-shared Super Bowl ad of all time.
5. This Monster tweet, via BBDO New York, showed that you can be on-brand, topical and still be funny. Brands, take note.

Losers
1. Nationwide received a lot of attention for “Make Safe Happen,” its dark and depressing spot featuring a kid talking about all the stuff he’d never be able to do, because he’s dead. The spot received over 161,000 mentions on social media last night, according to Brandwatch. Most of them, however, went like this.

“Hope you guys are having a great day. Did you know your kid is probably gonna die soon? Enjoy your nachos & funeral planning!” – Nationwide

2. YouTube’s halftime show, touted as a bit of counter-programming that would appeal to millennials more interested in watching YouTube stars than Katy Perry and Missy Elliot perform, was a dud. There wasn’t much going on there: The platform chose to go with bearded guys in plaid chatting over the extravaganza that was the NBC halftime show.
3. The NFL has enough branding challenges on its hands, from its ongoing player safety problem to its disproportionate responses when players are caught behaving badly. Ending the game with an all-out fight between the two teams may have been great for NBC viewership, but probably wasn’t a good look for the Shield.
4. McDonald’s went all out trying to force some lovin’, sucking up to every other brand under the sun and offering free non-McDonald’s products to people. Ronald seems to be desperate: The brand is also kickstarting its new effort that lets select people eat at its restaurants for free and pay via hugs and selfies.

That @VictoriasSecret ad was magical. RT and you could win a lovin’ $1,000 Victoria Secret gift card https://t.co/1ljdEVOYo3 — McDonald’s (@McDonalds) February 2, 2015

5. Facebook, which says it experienced the “biggest Super Bowl ever,” still proved to be no match for Twitter when it comes to real-time marketing and a live news event. The network’s specially-created Super Bowl page didn’t have much going on, with few brands crafting messages specially for the platform.