#StraightOutta, Sesame Street, Kim Kardashian: What was in and what was out 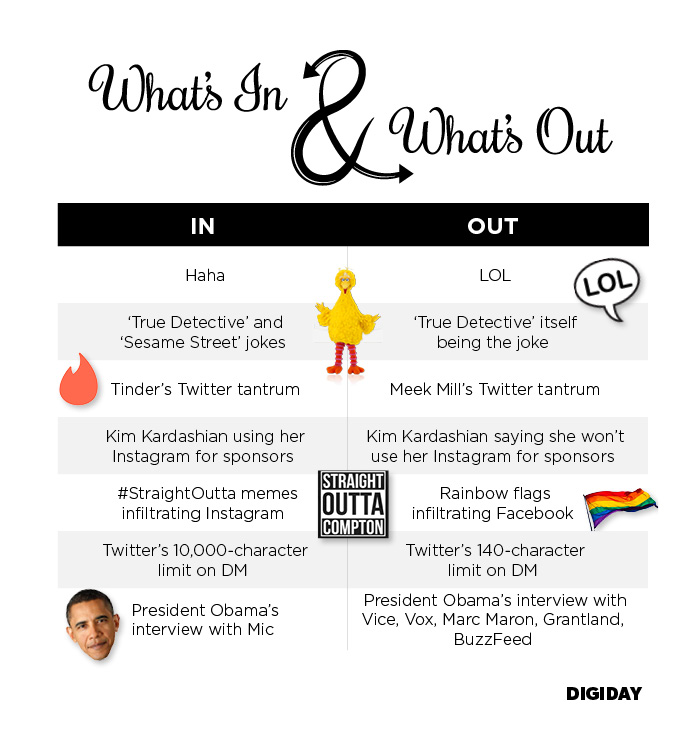 Facebook is #StraightOutta LOLs: “Haha” is the official language of laughter.

This week, Facebook released a deeply scientific study that found that writing “haha” is the most popular way that its users signify they find something funny. “Sesame Street” is moving to HBO, which primed the pump for a round of #TrueDetectiveSeason3 jokes and Kim Kardashian was lashed by the FDA for a tacky sponsorship deal gone wrong on her Instagram feed, even after explicitly telling the world that the account is off limits to brands.

Twitter lifted the restraints of 140 characters in direct messages and Dr. Dre surgically implanted an infectious meme that went viral online. Tinder had a meltdown on Twitter over a Vanity Fair article while Mic bragged about getting an interview with President Obama.

A look of what’s in and what’s out for the week ending of August 14 — summed up in one chart.