The state of UK programmatic advertising in 5 charts 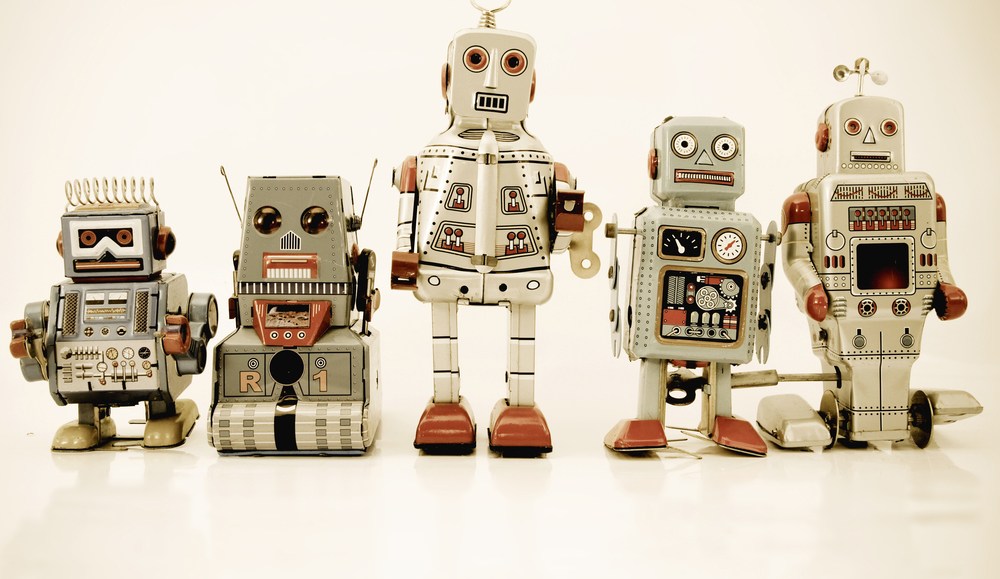 Programmatic advertising has become one of the U.K. media industry’s most bandied-about buzzwords, but until very recently, few knew whether it lived up to the hype. The picture is now a little clearer: A recent study conducted by MTM on behalf of the IAB U.K. attempts to quantify how ‘programmatic’ automation and real-time bidding techniques are being applied to advertising transactions.

According to the study, an estimated £500 million ($840 million) changed hands through some sort of automated system in the U.K. in 2013. A full 13 percent of the entire digital display market was traded on an impression-by-impression basis using real-time bidding. Slightly more, 15 percent, involved some other form of software-based automation from the buyer and seller — for example, a private marketplace. Half (51 percent) of spend went directly from an advertiser or agency to the media owner, while nearly a quarter (22 percent) was sold indirectly through an ad network.

When the market is broken down into segments, mobile leads the way in programmatic, while video lags behind. Mobile continues to grow and sees the highest proportion of real-time bidding taking place, due to the fast pace of new product innovation in the market. Video, meanwhile, is still mostly bought and sold through direct or indirect ad networks without the use of automated systems.

The IAB UK predicts as much as 46 percent of total display advertising could be traded using some form of software automation by the end of 2014, such is the rapid growth of the practice. This means over £1 billion ($1.68 billion) could be spent through some form of automated buying and selling process this year.

Based on the interviews and surveys it conducted in this study, the IAB predicts between 60 and 75 percent of digital display advertising will be traded programmatically in some way by 2017. 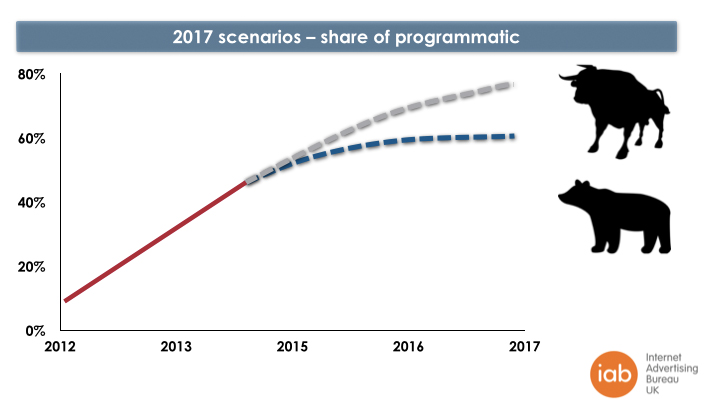 Two further pieces of research have gone deeper into the growth opportunities for programmatic outside of the U.S. One study from the IAB U.S. and Winterberry Group details the attitudes toward investment in this sort of automation across 12 markets, finding the U.K. to be one of the most advanced in terms of adoption.

Another study from AppNexus, WARC and the IAB U.K. explores the culture barriers and opportunities to growth in this practice in Europe. Both concluded most markets consider it a question of when, not if, automated systems become a part of the advertising process.

Data from Magna Global, part of IPG Mediabrands, also shows the amount of marketing spend being processed programmatically in different European markets. While the U.K.’s market size currently exceeds France and Germany combined, that gap is expected to close to within 9 percent by by 2017.