Starting Out with TBWA/Chiat/Day’s Nancy Reyes: ‘We’re in the middle of a revolution’ 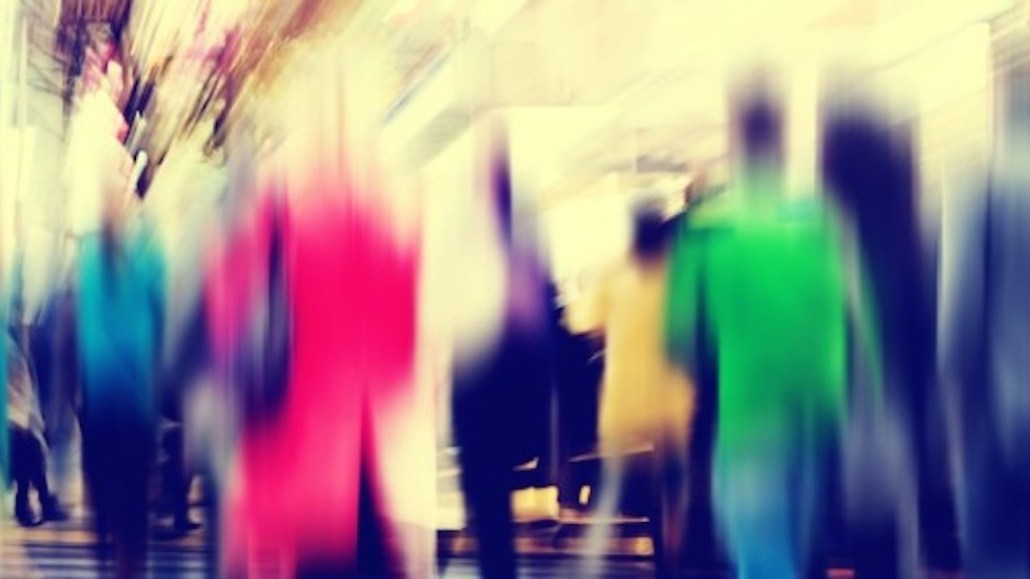 An industry veteran with nearly 20 years of experience, TBWA/Chiat/Day managing director Nancy Reyes’ career has straddled both the client and agency side. Reyes began her career at Ogilvy & Mather in New York, and has also worked at Goodby Silverstein & Partners as well as Verizon, wokring with clients including HP, Frito-Lay, IBM and Go Daddy among others. Here, she tells us in her own words how she got into the business and shares some of the biggest lessons she has learned along the way.

I grew up in Queens, New York, in a Hispanic family. My mother was a housekeeper, and my father drove taxis around the city. We grew up really, really poor. I would often go to work with my mom when I was little, because there was no one to watch us. It was a struggle to have food on the table and clothes on our backs. I spent much of my childhood learning how to survive. I didn’t think about advertising, or anything else, other than where we were going to get money from for a long time. I remember just being very aware of our financial hardships and wanting to change that.

I went to elementary school in Long Island City, Queens, which looked nothing like it does today. When I was in the fifth grade, I was lucky to be scouted out by this program that I often credit for making my life, called “Prep for Prep.” I got scooped up by the program, which was incredibly rigorous and super hard. The point was to get us caught up to the level of private school kids so that we could then make our way there. At the end of it, I made it to private school at no cost in the seventh grade. I graduated high school from Trinity on the Upper West Side.

It was then that I started to think about things like college and having a career. The program, and my upbringing, also taught me the value of hard work. I learned how to complain less and do more. If you’re a person, you are able-bodied and you have a brain, you just have to do it. I also learned the value of earning something young. I worked hard, and that’s how I earned money or a break or a meal. I had to work harder than other kids because of my background, and while many times I wished I didn’t have the upbringing that I did, it 100 percent helped me succeed. A little bit of pain is almost a requirement, almost an ingredient, of development and growth. I thrive on that.

College was a transformative experience for me. It sounds clichéd, but Harvard is where I found myself. It didn’t matter where I came from; I found people like me, whether it was because we came from similar backgrounds or because we liked William Faulkner. It was the first time I could immerse myself in something else and not have to worry about food or money. I also developed this odd habit of waking up really early in the morning in college. I am my most productive before dawn, and anyone that knows me knows that I still do that today, which makes me an anomaly in the agency world.

After college, I’d taken up a consulting job in college, but then Ogilvy came along. They were looking to diversify their business, and it seemed like the right step because not only did I always want to do something writing- and communications-related, but they also seemed serious about their commitment to diversity. I haven’t considered an alternative career since.

It was at Goodby where I worked harder than I’ve ever worked in my whole career and feel like I grew the most. Goodby felt to me like the Harvard of advertising. I had a tendency, just to play a little safe and sought stability and security, probably coming from the instability I had growing up. But that was where all that was challenged. I remember having my one-year review with Robert Riccardi, and he said to me, “You’re not as good as I thought you would be,” while all along I thought that I was thriving. He pushed me to go beyond, not play safe and be a change-maker. The highest point in my career was at Goodby too, when I worked on the HP pitch for “The computer is personal again” campaign. It was also where I had mentors in the form of Rich Silverstein, Jeff Goodby and Robert Riccardi, and an advocate in John Coyne.

I went client-side because of the lowest moment in my career. When I got pregnant for the second time, we wanted to move back to New York, and because we didn’t have any offices on the East Coast, I resigned from Goodby. But they offered to let me open and run an office in New York, which eventually didn’t work out. It was a low point, because by then, I had pictured my future at Goodby. I thought I was going to retire there. So when life threw that curveball at me, I felt like I needed to reinvent myself. Going client-side was about trying something totally new and totally different, and about channeling what I’d already learned into something else. But I found myself really missing agency life, and so TBWA/Chiat/Day seemed like the perfect way back.

To survive in the agency world, you have to be an eternal optimist, because life changes non-stop and it’s getting harder than ever. You have to fight for every penny and every conversation, and be an expert in something. Agencies are big learning cultures, and you have to study behaviors, study changes and study people. It’s a great industry, but it’s a rapidly changing one. We’re kind of in the middle of a revolution, so you have to be able to deal with the craziness that comes with that.