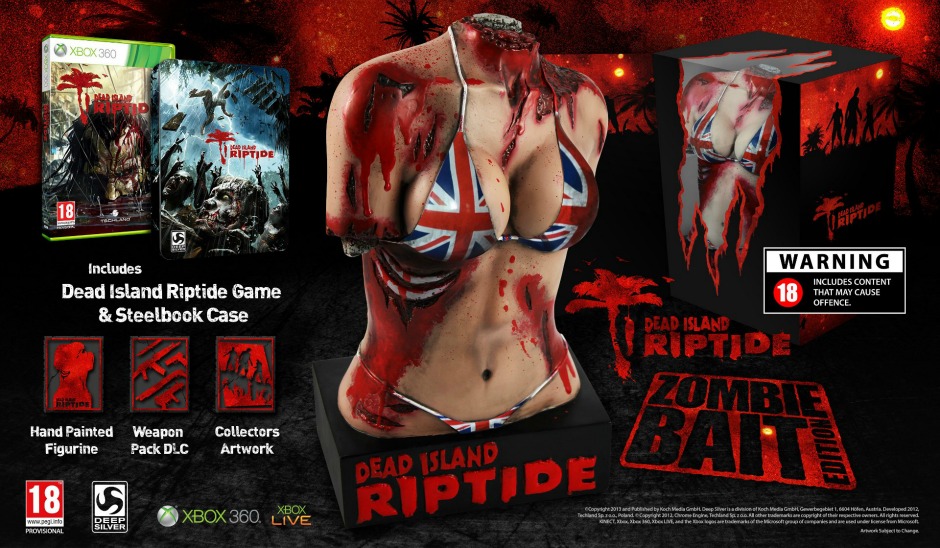 The video game industry has historically appealed to young male tastes with lowest-common denominator. E3, the industry’s largest trade show, has been known for its deployment of scantily clad “booth babes.” Games themselves haven’t exactly been known as inspiring female empowerment. (You just have to watch a snippet of this video showing how women are background characters as best, sexual playthings at worst in video games, to figure that out.) More recently, GamerGate — purportedly a protest for “ethics in gaming journalism” — has veered into misogynistic waters.

By nearly all accounts, these approaches should be coming to a close. After all, gaming has long moved from the preserve of pimply adolescent boys in their parents’ basements and into the mainstream. An Entertainment Software Association study last year found that 45 percent of players were now female, and women 18 or older represent a greater portion of the game-playing population than boys under 17.

While GamerGate may have brought to the forefront some of the ongoing issues in video games when it comes to portrayals of women, video game advertising, for its part, has a long and storied history of offensiveness. Here’s a rundown of the industry’s most recent ads that have raised hackles for their sexist portrayal of women:

Playstation Vita (again)
Playstation has a history here. In 2012, it debuted this incredibly sexist ad via TBWA/Paris that featured a woman with not one set of breasts but two. “Touch both sides” was the tagline.

Dead Island: Riptide
This title last year decided to market the game by adding a special surprise inside a boxed special edition of the game. A statue, specifically, a D-cup torso of a woman sans head, legs or arms, splashed with blood. The reaction was immediate and intense: the makers of the game, Deep Silver, were accused of deep misogyny of reducing a woman to her breasts. Because of course: bullets and sex go together perfectly.

Resident Evil 4
Maybe this one gets a pass for being French. Maybe not. Resident Evil, Capcom’s line of horror video games, promoted Resident Evil 4, a game where a special agent has to rescue the President’s daughter from monsters and other assorted bad guys, with… a film featuring a woman breastfeeding a child, naked. There’s a horror-twist at the end, but naked breasts have absolutely nothing to do with anything else.

Sega, again
In 1995, Sega — the same company behind the balls-and-breasts creation above — published this ad that purportedly showed you that their games were so good, they could make you miss the existence of a blond-haired, blue-eyed, naked woman. Probably just an excuse to get a naked woman on page. 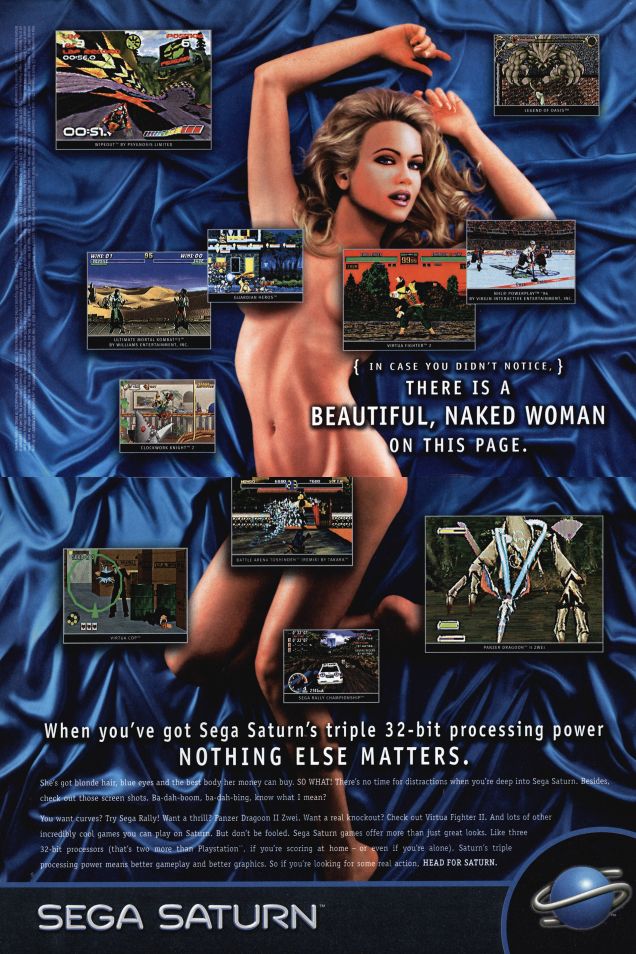