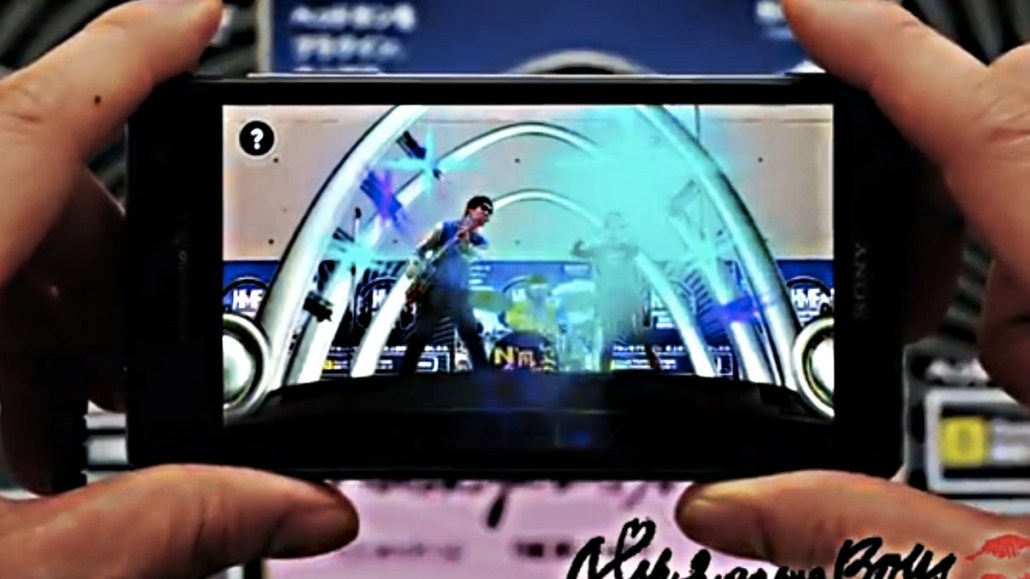 Augmented reality is the new tech everyone loves to hate. Sure, there have been some disastrous and gratuitous uses of the tech, but that doesn’t mean all hope is lost.

Sony put on a rock show in Japan  — where else? — that didn’t involve a stage or a crowded venue. It just took some smartphones, an app, headphones and some augmented reality magic.

With the help of agency Naked Communications, Sony put on a “Headphone Music Festival” to promote its headphones, which are specifically designed for smartphones. To bring the concert to life, Sony created an app using its SmartAR technology. To watch the concert, all people had to do was download the app, put on their headphones and then scan a “Headphone Music Festival” poster to see virtual performances on their smartphones by four popular local bands.

This was the first augmented reality concert. This is definitely a cool way to showcase new technology and give people a cool experience. There have been some others. Last year, Maybelline created an augmented reality app that let people see what different nail polishes would like like on their nails before purchasing the color. To save shelf space, U.K. supermarket chain Tesco  experimented with AR to showcase certain products without having to have them physically on store shelves. There are definitely useful and interesting ways that brands can use augmented reality.