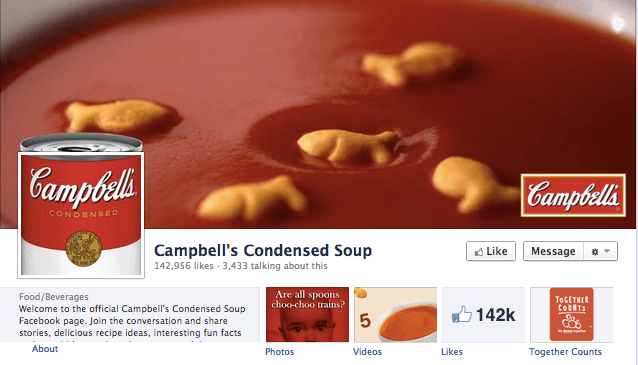 Contrary to popular belief, social media doesn’t have an ROI problem. In fact, the industry has more data than anyone knows what to do with, according to Adam Kmiec, social and digital marketing chief at Campbell Soup, who spoke at Digiday’s webinar, “The Dos and Don’ts in Social Media.”

“We have an expectation problem,” he added, pointing out that social media metrics require a different way of thinking. “A big part of your strategy needs to be your measurement model, how you evaluate what you’re doing in the social space and how it connects to non-social efforts.”

A measurement framework is particularly critical, as looking at a river of tweets, likes, blog posts and comments without one would otherwise be a daunting task. For example, a fashion retailer can examine its social efforts when an offer is posted to get a sense of which offer will perform the best. In this sector in particular, data mining can be used to get a feel for what people like on the runways and what type of styles a retailer should introduce in six months.

However, Kmiec noted that no one tool can provide the level of detail that is truly necessary. If a brand wants to see what its competitor is doing, for example, “you have to invest the time to see what they’re posting, when, etc.” And, he added, “don’t trade short-term ROI for long-term value.” While it may be easy to attempt to measure the direct response of one-month Facebook campaign, for example, Kmiec advises against it, pointing to Ford as inspiration. While the auto company’s Facebook fans are unlikely to purchase a Mustang from the platform, they believe there’s a reason to keep investing in content and showing how passionate people are about the models.

As far as utilizing various social platforms, Kmiec advised against focusing on all messaging “looking” the same; instead, a holistic approach works best, with all messaging having the same voice. But when asked which platform he prefers the most, Kmiec said it depends on the brand.

“Don’t feel the need to be everywhere all the time,” Kmiec advised. “You can’t chase down every network, and you’ll spread yourself too thin if you do. But do invest in the ones that are tied to your strategy, consumer, target, and interest and behavior that your target has.”

Kmiec added that having separate social accounts dedicated to corporate, branding and customer care is ideal. AT&T, for example, is “onto something with their approach to Twitter,” he noted. The brand has an account devoted to news and announcements, and then it has a separate account for customer care. “They have done a nice job of scanning the full spectrum of what a corporate account can look like, down to what a human approach can look like,” he said.

Looking into the future, Kmiec predicts that privacy concerns will have a tremendous impact on the platforms people prefer — and the way they share information. Here he gave props to Google Plus for its circles and pointed to Path and GetGlue as potential rising stars. “We’ll see a resurgence of people taking back how much they are sharing — and who they are sharing it with. Social media has always been more successful where it has context.”

In that regard, Pinterest has proven its value to marketers and brands, as it develops a “funnel of awareness,” telling brands exactly what consumers are interested in. Kmiec added, though, that the brands that will benefit the most from the platform are those that are sharing content tied to a particular interest — not just content specifically tied to a product. For example, he pointed to Sephora and Gap as brands that are particularly engaging on Pinterest, the former for work making the page about the looks rather than the products, and the latter for being the official Bonnarro t-shirt sponsor — and posting images of the fans to its page.

When all is said and done, every organization is different, and no two companies will — or should — have exactly the same approach. That being said, it is important to “figure out how to manage misinformation that is being fed into the marketplace by would-be pseudo-experts,” said Kmiec. “Social, more than anything else, has given the ability for someone to go from zero to expert or guru or ninja faster than anything I’ve ever seen, and that creates headaches for agencies and clients.”

If you are interested in listening to the recording for this webinar, which includes all the slides presented, please click here.