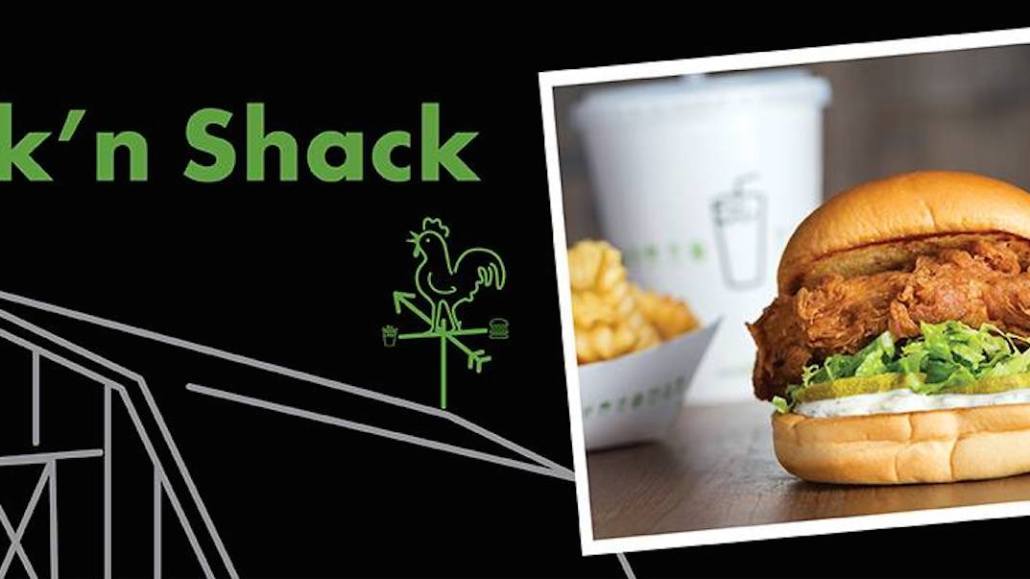 Shake Shack’s most recent menu item comes with the millennial stamp of approval. It involves fried chicken — one of the hottest food items in recent years — and was tested out in hip and happening Brooklyn, after all.

And it was very hot on social media too.

“We did have a great response at our Brooklyn shacks, and we certainly heard from fans over the months since July that we should bring it to other shacks,” said Edwin Bragg, vp of marketing and communications at Shake Shack. “It wasn’t the only reason, but we do listen to our fans loud and clear.”

When Shake Shack was testing the sandwich in Brooklyn, it sold out within two days of its launch in July and emerged quickly as one of the brand’s top-five food items. It also helps Shake Shack diversify its market base, said Shake Shack CEO Randy Garutti.

But on social, the response was overwhelming: Brandwatch found that online sentiment toward the sandwich since July has been overwhelmingly favorable, with 86 percent of social mentions being positive. That, Kellan Terry, a Brandwatch analyst, said, might have prompted the brand to take it national.

The only negative mentions were distraught fans on diets or those complaining about its limited availability until now.

Since July 2015, the Shake Shack Chick’n Shack sandwich has received nearly 8,000 online mentions. The majority of these came from Twitter, with two noticeable spikes. With over 3,700 mentions, the first spike in the conversation occurred around July 7, when the sandwich was first unveiled. The second, with over 2,500 mentions, was last week when news spread that it would go nationwide.

Data from Socialbakers also showed that two of the brand’s top-three posts across Twitter and Facebook since July were about its Chick’n Sandwich.

Flock this way: introducing the Chick’n Shack, our first ever chicken sandwich. It’s a crispy all-natural, antibiotic-free chicken breast with lettuce, pickles and buttermilk herb mayo. Available starting TODAY, exclusively at our Brooklyn Shacks, for a limited time. #shakeshack #ChicknShack   A photo posted by SHAKE SHACK (@shakeshack) on Jul 7, 2015 at 6:07am PDT

The brand actively participated on social media timed with the announcement too. It live streamed events on Periscope, and CEO Garutti and CFO Jeff Uttz documented handing out the sandwich to crowds on Snapchat. A snap also made it to Snapchat’s curated local New York Story, giving it more traction. The snap got over 47,100 views.

People reacted positively to Thursday’s announcement as well. According to Shake Shack, 1,481 posts on Twitter and 114 posts on Instagram respectively also mentioned the sandwich since Wednesday.

Data from Amobee Brand Intelligence found instances of fans repeatedly using “hot” emojis on social media to express excitement that they didn’t have to go to Brooklyn to eat the sandwich.

Good thing, since the L train might not be running for much longer anyway.