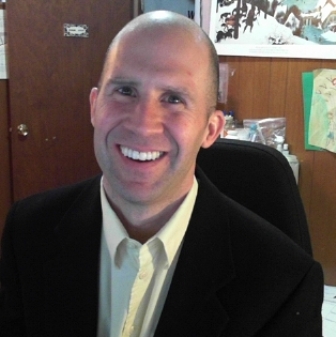 A few weeks ago, BPI, one of the leading meat processing companies, found itself engulfed in a social media firestorm. Now the company is on the verge of non-existence. What happened to BPI is just the latest example of how the arrival of social tools is changing business irrevocably, and it highlights new truths of handling social crisis management at scale. A social media-based attack on your company is inevitable, but you can prepare today to minimize and reduce the impact when the attack comes.

With social media, anyone who has an issue with some aspect of your business is empowered to launch against your business and its practices. People’s perceptions can trump the facts and subvert the traditional processes of establishing trust and confidence. Despite years of evidence that its “lean-textured” beef products were safe and approved by the USDA, Houston-based mom and food blogger Bettina Siegel was not satisfied with BPI.

After reading one report dubbing founder Eldon Roth’s unique approach to meat processing as “pink slime” and discovering that BPI’s products were being used in school lunches to be fed to nearly 7 million kids, Siegel went to Change.org to launch a petition, demanding that Secretary of Agriculture Tom Vilsack immediately cease using BPI’s products in school lunches. In one weekend, 137,000 people signed on, and schools around the country, as well as fast-food chains like McDonald’s and Burger King, have significantly or entirely cut their orders.

BPI founder Eldon Roth is a member of the Meat Industry Hall of Fame, but his company may have to close permanently because of the crushing reduction in demand. Others in the industry have had to cut back production significantly as well.

Clearly, if the attack on your brand is inevitable, it’s foolhardy to wait until the crisis hits. With social media, your brand will be the target, but you can defend yourself as well. Pampers did it, after all. About two years ago, the diaper company was preparing to launch a new brand, DryMax. The brand lined up all the scientists and data to support its claims of why the diaper was better, but it knew that wasn’t going to be enough in and of itself.

Six months prior to the release, Pampers reached out to a group of 50 mommy bloggers to educate them about the new diaper and convince them that it was better. Now, keep in mind, Pampers did this without knowing when the attack would come. Sure enough, one mommy blogger observed that her baby had a horrific rash while wearing the new diaper. The woman jumped to the conclusion that the diaper was the cause. Immediately, she launched an online protest, and a class action suit was eventually filed. Pampers knew it couldn’t stop the firestorm entirely, but it also knew it could minimize it by activating its network of brand advocates, who had been nurtured before P&G needed them.

What does this mean for brands? Find and cultivate your brand advocates before they are needed. Leverage a scalable technology platform that is multifunction, multichannel and multidivision. Create and implement the plan to identify and cultivate (for readiness). Then activate (when the crisis does hit) the advocate relationships.

Without this triad, any brand is at risk of finding itself in a position similar to BPI, having to look its employees in the eye and tell them not to come to work the next day.