In a sneaker market dominated by resale, Foot Locker is aiming to stay relevant 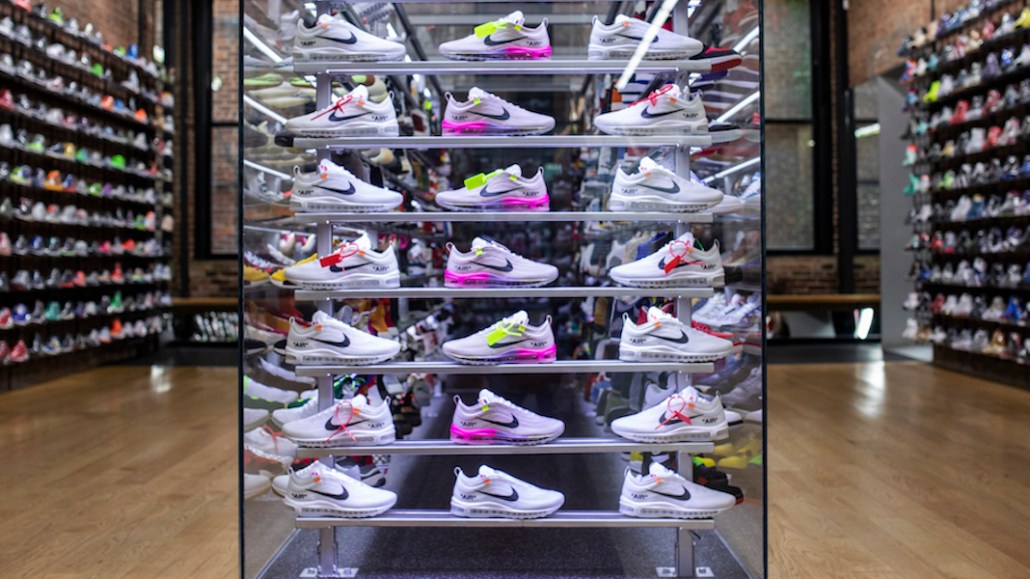 This news is proof that sneaker resale is a huge market. The major platforms like GOAT, StockX and Stadium Goods are all worth well over $100 million each. Stadium Goods was acquired by Farfetch earlier this year for $250 million. While Foot Locker is by no means a bit player in the sneaker world, it is clear that resellers have a lot of buzz and dollars floating around them. By investing heavily into GOAT, Foot Locker seems to be planning for the future by making itself more visible to lucrative sneakerheads.

“The greatest benefit to Foot Locker in investing in GOAT is the potential to elevate its brand among sneakerheads,” said David Naumann, vice president of marketing at Boston Retail Partners. “Sneakerheads are extremely passionate. Associating Foot Locker with GOAT and making their stores a location to order or pick up their cool shoes will make sneakerheads think more highly of Foot Locker. They may even pick up another standard shoe or T-shirt or something while they’re in the store.”

According to the joint announcement from GOAT and Foot Locker on Friday, the investment is the preliminary step of an ongoing partnership, which will see the companies combining their resources in physical and digital retail.

While Foot Locker does not have the same breadth of inventory as GOAT (Foot Locker typically only sells recent releases, while Goat has rare sneakers from years past), it does have a substantial physical presence and distribution network through the U.S., with stores in almost every state in the country. This physical presence is something that GOAT, which only has three stores in Miami, New York and Los Angeles, does not have.

“I see this as a smart move for Foot Locker and the secondary selling community as a whole,” said Michael Sharp, co-founder and CEO of creative agency Standard Black. “Foot Locker gets to participate at ground zero for sneaker culture, and GOAT’s mobile technology will allow them to have more seamless sneaker releases in the future. Foot Locker has had a few hiccups with their app crashing for sneaker launches and this should correct it.”

The investment also echoes an idea that has been floating around the sneaker world for a while: that the primary and secondary markets are coming together. As explained by Josh Luber, the founder of StockX, it is inevitable that primary retail and secondary retail will converge. He cited StubHub as an example of a secondary market upstart that eventually became a major figure in how the primary market of event tickets were sold.

“I suspect that what happened at both of those companies is that they are looking at their customers and recognizing that they are not competitive with each other, but that the same people have interest in both Foot Locker and GOAT,” said Corey Pierson, CEO of customer analytics platform Custora. “If that’s the case, there’s all the more reason for them to work together. But you also have the ability to enrich both without cannibalizing or stepping on each other’s toes.”

But there is a possibility that Foot Locker’s play here could backfire. Jonathan Treiber, CEO of Revtrax, mostly agreed that Foot Locker’s investment is a smart way to stay relevant in the changing sneaker market, but he also noted that Foot Locker needs to be proactive about ensuring that its own business remains up-to-date, rather than just relying on GOAT.

“Without the strategic partnership to provide physical locations to GOAT and block out the competition, they’re really just holding an expensive lottery ticket that would produce capital gains without any operational benefits,” Treiber said. “If I had to guess, Foot Locker paid a premium in valuation to GOAT for these potential benefits. The question is whether Foot Locker could have invested $100 million in their store experiences, exclusive offerings or elsewhere to drive better business results in the mid-term.”