How Smokey Bear found his voice on social media 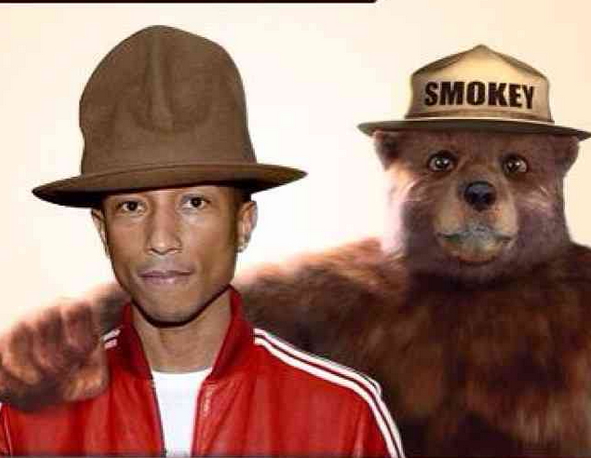 When Smokey Bear turns 70 years old on Aug. 9, this year, Internet users will be able to wish Smokey a happy 70th on social media and have the bear thank them via a tweet. It’ll be quite an accomplishment for a mascot who was limited to one line of speech for the first six-and-a-half decades of his life.

Three years ago Michael Bellavia, president of agency HelpsGood, was tasked with giving a voice to one of the most iconic yet soft-spoken forest dwellers in American culture: Smokey Bear. (Note: Smokey the Bear is a misnomer. As Bellavia pointed out, there is no “the.”)

Transitioning Smokey’s persona to the social Web may seem like it would have been a relatively easy task given the bear’s long, high-profile life. Created by the U.S. government in 1944, Smokey has been delivering his anti-forest fire message in ads, on billboards and in public service announcements for generations. There was one significant challenge, though:
Despite Smokey’s notoriety, there was precious little copy for Bellavia to work with. Just about the only sentences Smokey had uttered to date is, “Only you can prevent wildfires.” (Smokey switched to “wildfires” from “forest fires” in 2001 to broaden his appeal to people in more urban locales.)

As a result, Bellavia was effectively given carte blanche to expand Smokey’s lexicon — and build the bear’s “voice” from scratch.

Hi @klout does that include of bears? pic.twitter.com/YFQIlaDQox

“It’s exercised a different part of me,” Bellavia told Digiday. “It was taking on the personification of a brand rather than talking about or around a brand.”

For the first two years, that meant using Facebook and Twitter to pass along the fire prevention information Smokey is known for, albeit in a tone that Bellavia admitted was flat. In 2013, however, Bellavia began adopting a livelier voice for Smokey. Rather than just warn them about fires, Bellavia decided to try to inspire Smokey’s followers to be proactive about fire prevention and reward them doing so. If you look on Smokey’s Facebook page, for instance, you’ll see he has posted a photo of two boys putting out an unattended campfire along with a congratulatory message (complete with a custom-made Smokey emoticon).

“Within the past year there’s been a shifting in tone which has helped give a friendlier look physically and in terms of shaping the message,” Bellavia said. “It’s just a way of connecting with a generation that may not be as familiar with [Smokey].”

The shift has opened up Smokey for the kind of viral moments social media managers dream of. When rapper Pharrell Williams wore a Smokey-styled hat to the Grammys this January, Smokey became a nationally trending topic on Twitter, according to Ellyn Fisher, vp of public relations and social media for the Ad Council, the non-profit that oversees Smokey’s campaigns.

“Smokey can’t speak offline, so online is where he can really have a voice,” she said.

Bellavia said the shift in tone has been incredibly well-received and would have been enacted sooner had he been given the clearance. Smokey is overseen by the U.S. Forest Service, the National Association of State Foresters and the Ad Council, so getting approval from all three groups on a new idea can be a lengthy process.

That hasn’t prevented Bellavia from signing Smokey up for an array of platforms.

“He’s probably the only bear you can connect with professionally on LinkedIn,” Bellavia said. “There’s no guarantee in him getting you a job, though.”

The idea is to have Internet users happen upon Smokey and be delighted in the same way children are when they see him at the state fair.

As noble as Smokey’s mission may be, however, he’s recently found he’s just as susceptible to declines in organic reach as other brands. While silly posts can still receive the kind of organic reach Smokey used to get consistently, Smokey’s more informational messages have seen a reduction in engagement.

“On average, we’ve noticed a decline in the amount of engagement, and that’s because of the general shift on these platforms of how they monetize themselves,” Bellavia said. “And that’s what’s a little troubling.” Not as troubling, however, as forest fires.